Orange Garden – The Most Romantic place in Rome 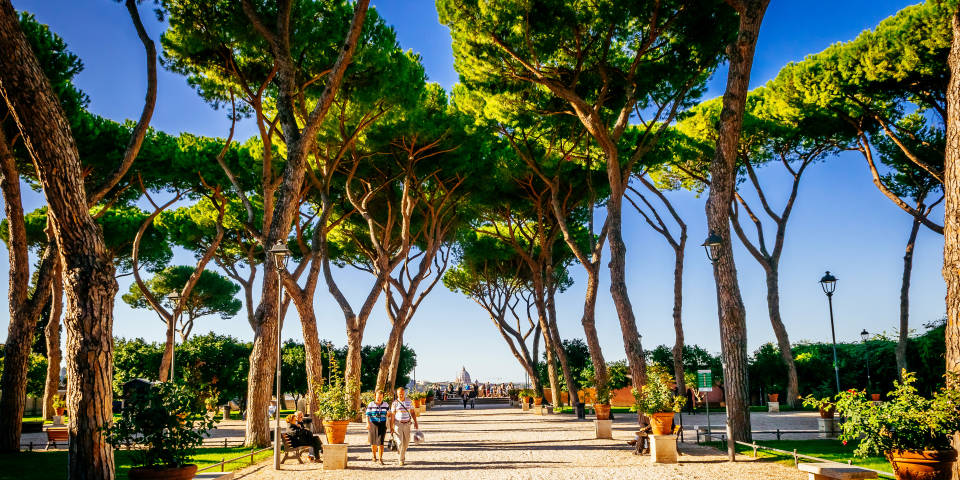 The Savello Park, or the Garden of Oranges (Giardino degli Aranci) is one of the most romantic places in Rome, a great tourist attraction which you can visit without booking and expensive tickets.

Picturesque alleys adorn the Aventine Hill from the top of which you can enjoy magnificent view of the Italian capital. Both guests of the city and locals adore this place for comfort and coolness as well as for the opportunity to look at two states at the same time: the Vatican and Italy. And just 500 meters away, there is another mini-state – The Sovereign Military Hospitaller Order of Saint John of Jerusalem of Rhodes and of Malta (Itaian: Sovrano Militare Ordine Ospedaliero di San Giovanni di Gerusalemme di Rodi e di Malta) with a unique door looking through the keyhole of which you will see 3 countries at once.

The park occupies the area of about 7800 square meters (83958.5 sq ft) which has served to protect Rome in the 13th century. In 1287, building of the defensive castle Savello belonging to the Savelli family on the Aventine Hill was completed. Since the castle had been actively used during civil wars it became unusable by the 18th century. In 1932, the architect Raffaele De Vico, under the municipality order started the construction of a city park. 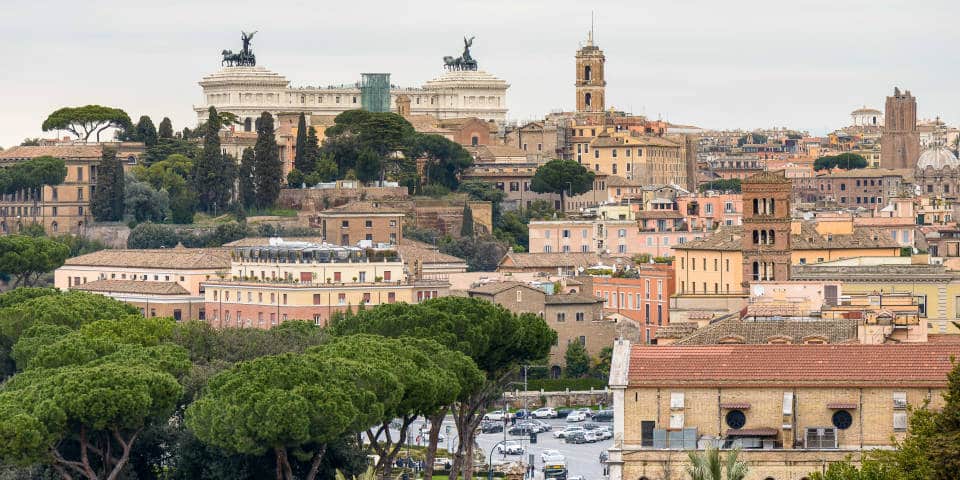 The remains of the castle were abolished for this purpose and the community of Dominican monks gave part of their land for public use. Thus, a new viewing platform offering an incredible look at panorama and similar to those ones that adorn the hills of Gianicolo and Pincio appeared on the top of the Aventine.

The Gianicolo viewing platform is named after Italian revolutionary Giuseppe Garibaldi – Piazza Garibaldi. And Pincio is known for its Villa Borghese and Borghese Gallery – the famous city park and the museum of Rome.

Small terraces have surrounded the Aventine, so that travelers could enjoy the views of the Tiber and architecture of Rome.

Orange trees, which provide shade even in high summer, are garden’s adornment. But you won’t be able to eat the oranges since these small fruits are not intended for eating. It is remarkable that the orange trees were planted in honor of Saint Dominic (Latin Sanctus Dominicus) who founded the Basilica of Saint Sabina (Italian: Basilica di Santa Sabina all’Aventino). 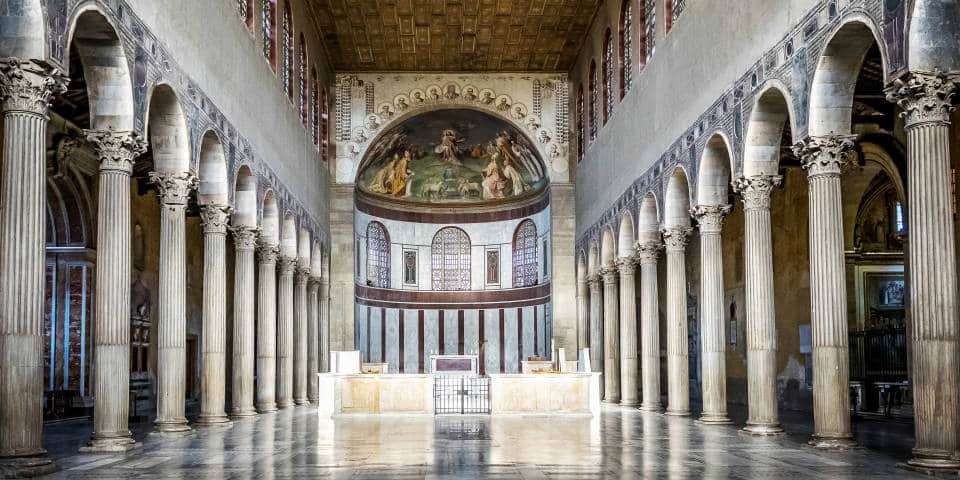 From an architectural perspective, the garden has a clear symmetrical structure. Center of the park is an alley named after Nino Manfredi, Italian actor and writer. There are two parts of the square on both sides of the alley. Fountain by Giacomo della Porta had adorned one part of them and in 1973 it was moved to piazza San Simeone. The square is named after Fiorenzo Fiorentini, an actor, who has been also an art director of the summer theater in the open air on the territory of the garden for many years.

Entrance to the Savello Park is decorated with an antique fountain similar to the Mouth of Truth located at the foot of the hill. Originally, the fountain was a simple Roman thermal bath faced with travertine. In the 16th century, it was decorated with carved stone mask with dramatically frowned lush eyebrows. 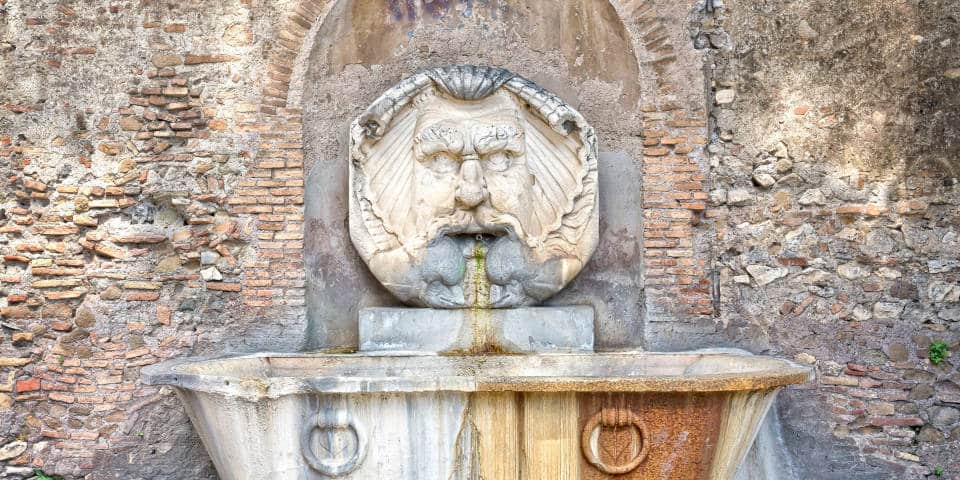 Today the Garden of Oranges has three entrances: from Piazza Pietro d’Illiria, from Via di Santa Sabina street and from the alley Clivo di Rocca Savella.

The Basilica of Saint Sabina

The park is located close to the Basilica of Saint Sabina. Many weddings usually occur here. In winter, lovers like to be photographed in the background of the trees solemnly decorated with orange blossom. The white petals of orange are a long-time symbol of the bride’s purity. It is the best decoration for the wedding photos you can ever find!

Piazza of the Knights of Malta

If going to the south-west along Via de Santa Sabina, you will come across Piazza of the Knights of Malta (Italian: Piazza dei Cavalieri di Malta) designed by Giovanni Battista Piranesi in 1765. By the way, any person can legally peep through the keyhole at the entrance to Villa del Priorato di Malta (Italian: La villa del Priorato di Malta). You can see the dome of Basilica di San Pietro in all its glory through the “forbidden” attraction! 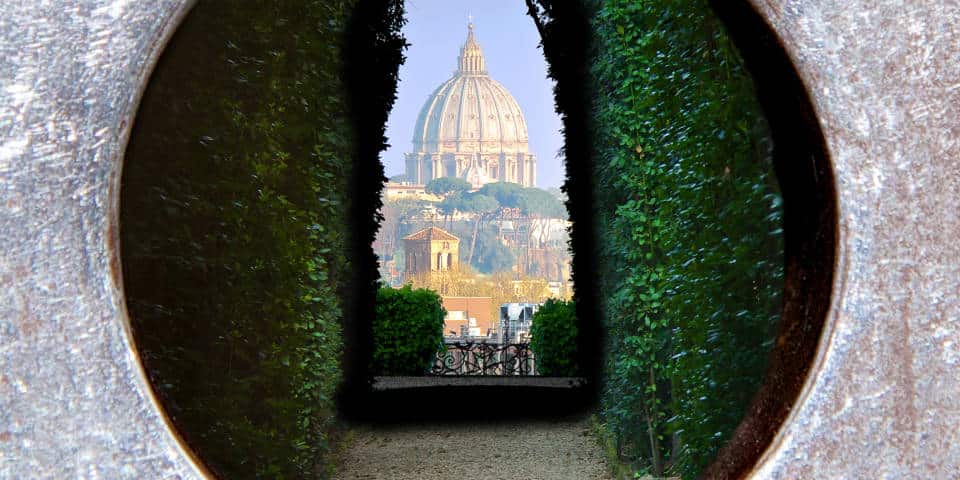 If having left the Garden of Oranges, turn left along Via di Santa Sabina, you can quickly reach the magnificent rosary Roseto di Roma Capitale. More than a thousand varieties of roses are beautifully planted out, occupying the territory of 10 thousand square metres (107639 sq ft). 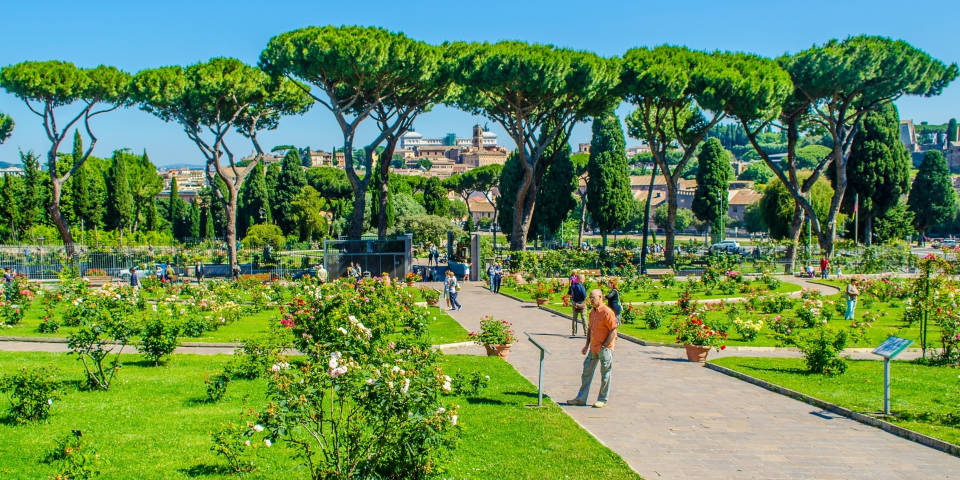 The Orange Garden is a delightful place that anyone who comes to Rome can visit. My family and I visited the garden only once. The view of the trees is bewitching. I liked the park itself, very original. The clean air of an orange note will be remembered for a long time. The beauty of nature proves once again that there is nothing more beautiful in the world. We plan to visit this place again!