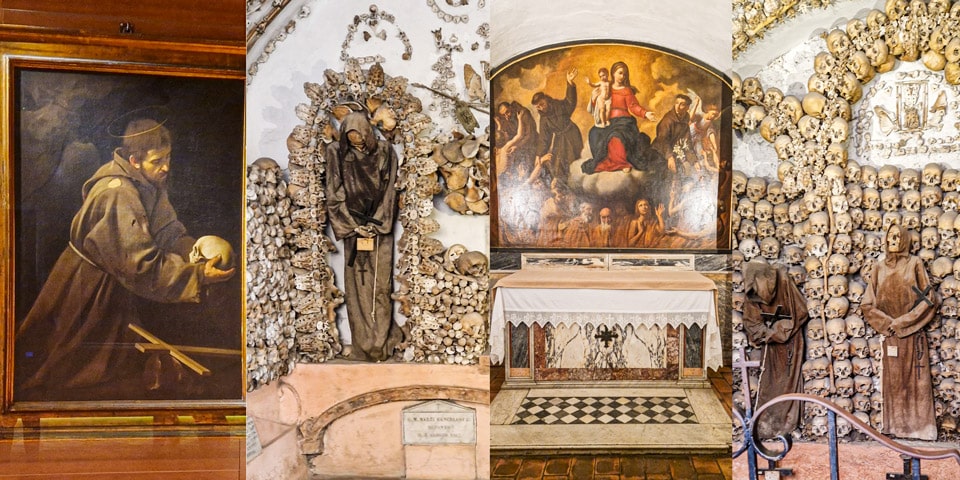 The Capuchin Crypt and Bone Church are one of the most unique and sinister places you can visit in Rome. It contains the skeletal remains of 3,700 monks believed to be Capuchin friars buried by their order.

The Capuchin Crypt is different from other touristic places. You have to prepare for your visit by reading about the historical notion of the movement and understanding what you will see inside the crypts in advance. 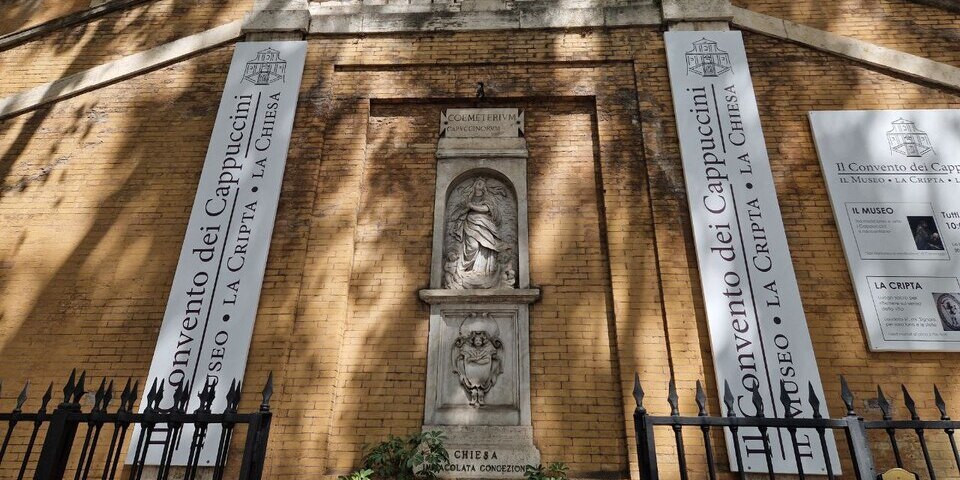 Is there a dress code for Roman catacombs?
Since the catacombs are ancient, you must wear comfortable shoes like sneakers or walking boots. It is important to keep in mind that you must cover your knees and shoulders when visiting the crypts.
Are the Catacombs worth seeing?

Yes, it surely is. The catacombs are full of significance and an engineering marvel, and you'll find that every minute you spend there increases your interest.
Which is the best catacomb in Rome?

The largest and most popular catacombs in Rome are the ones of St. Callixtus (Catacombe di San Callisto). They are located near the Appian Way, in an area that is home to several other significant attractions, including the Quo Vadis Church and ancient Roman Tombs. The Capuchin Crypts should also absolutely be visited because of their great history.
Why did they make the Capuchin crypt?

It houses the bones of 3,700 people who were buried by the Capuchin order, according to estimates. According to the Catholic order, the display is not meant to be macabre but rather a subtle reminder of our mortality and the swift passage of life on Earth.
How is cappuccino related to capuchins?
The word "cappuccino" derives from the Capuchin friars because the color of the espresso and frothed milk was a close match to the color of their robes. The Capuchin friars were established in Italy in the sixteenth century and are a part of the larger Franciscan orders of monks.
How many bodies are in the Capuchin Catacombs?
In Rome, Italy, beneath the Santa Maria Della Concezione dei Cappuccini church, on the Via Veneto, close to Piazza Barberini, is a small area comprised of several tiny chapels known as the Capuchin Crypt. It contains the skeletons of 3,700 people who were buried by the Capuchin order, according to estimations.
Are the catacombs hot?

No, you will not get lost in the catacombs because there are signs everywhere. Moreover, not all of the catacombs have big sizes, some of them you can explore in less than 20 minutes.
How much time do you need for the catacombs?

You need about one hour to explore the Capuchin crypts in Rome. The best option is to visit the crypts with a tour guide to get maximum from this experience.
Do catacombs smell?

Once inside the Catacombs, a strange scent that exists in the air is typically the first thing that visitors notice. Although some have described the smell as dusty and similar to old stone churches (or in this case as of a bone church).
Is there water in the catacombs?

Catacomb is a subterranean cemetery composed of galleries or passages with side recesses for tombs. During the visit to Capuchin crypts, you will not see water there.

Brother Matteo from Bascio and Brother Ludovico from Fossombrone founded the order of Capuchin Friars, one of the three mendicant religious orders of the Franciscan Family, after obtaining permission from Pope Clement VII in Viterbo in 1528 to live more strictly according to Saint Francis’ rule by following a strict model of penance, poverty, and prayer to serve those in need, especially during epidemics. 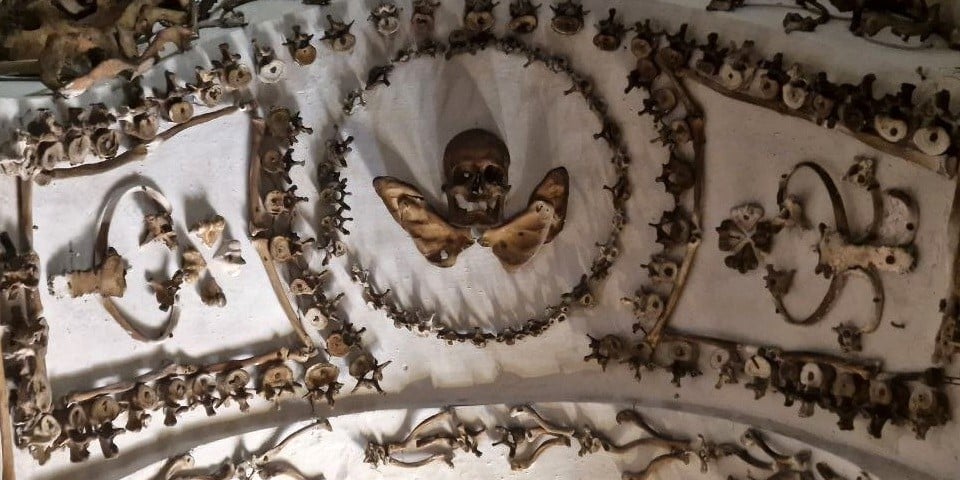 This initial approval marked the beginning of the religious life of the order, whose members were first known as “Friars Minor of the hermetic life”, and was later called Capuchins because of their distinctive hood, cappuccio in Italian.

The movement spread so quickly throughout Italy and Europe. There were more than 34.000 Capuchin monks and 1.000 friaries by the 16th century. They soon undertook missionary work following the precept of being “strangers and pilgrims in this world.” 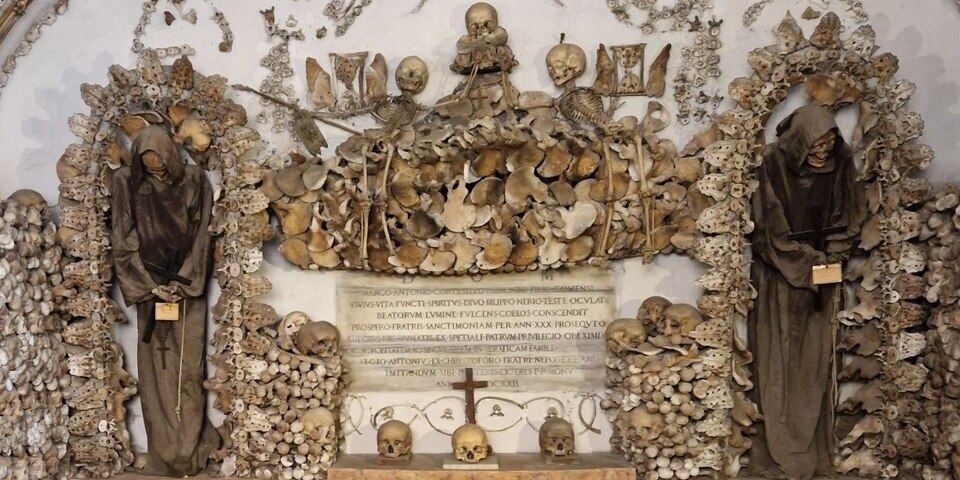 The hallmarks of Capuchin spirituality were extreme poverty, industrious asceticism, and inner prayer accompanied by preaching, most often addressed to the humblest layers of the population, a model of “fraternity embedded in the people.”

Established nowadays in many countries worldwide, from Europe and Africa to America, Asia, and Oceania, the Capuchin friars Minor are one of the largest and most popular orders of the Catholic Church. Check your hometown to see if there are Capuchin monasteries.

The Capuchin ossuary is one of the most famous crypts in Rome. I recommend visiting this friars crypt with the group tour because, with the professional tour guide, you will recognize many exciting insights from the history of this movement. Without a tour guide, one can see the crypt as a place with skeletons, skulls, and bones, but behind this, a big story and culture go through centuries.

Here’s the link to the group tour of the Capuchin Crypt.

The price of the group tour to the Capuchin Crypt is 37 euros per person.

On the booked date, I came to the meeting point, next to the Fountain of Triton on Piazza Barberini. Then showed my smartphone ticket to the guide – it was easy and convenient.

My tour started with a visit to the museum, where our tour guide showed us features that belong to the movement and told the group about the history of Capuchin Friars.

During the first part of the tour, one of the main things that amazed me was the painting by Caravaggio, “St. Francis in meditation” (St. Francis placed a skull at the foot of a cross and meditation on the death of Christ). 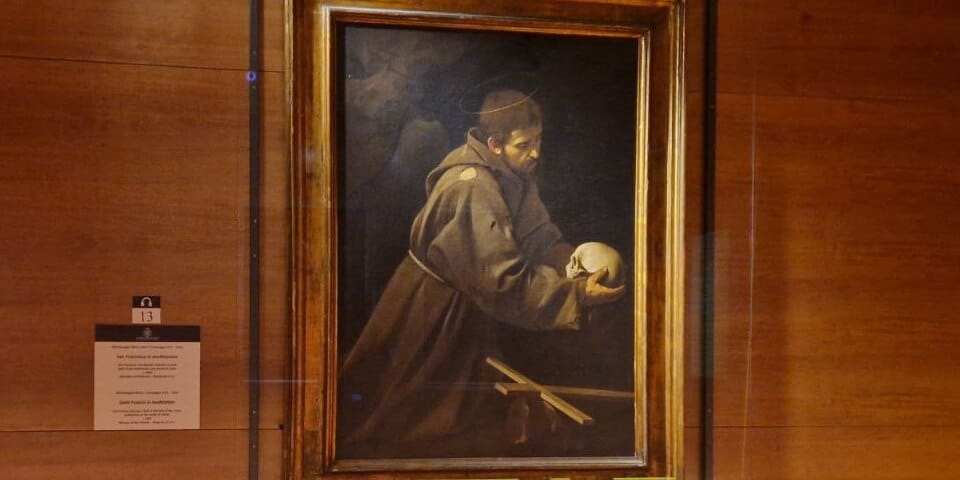 The scene depicts the Saint’s moment of spiritual transfiguration as he kneels on the bare earth and performs the supreme act of placing a skull at the foot of the Cross, which is positioned at an angle to enhance the cavernous atmosphere. This is equivalent to the mystery of the stigmata in which St. Francis is pierced by divine light and hence legitimately susceptible to direct comparison with Jesus at the crucial moment of His sacrifice to redeem mankind and triumph over death.

Due to the painter’s extraordinary lightness of touch, the image of St. Francis seems to float weightlessly, freed from the burden of contingency. 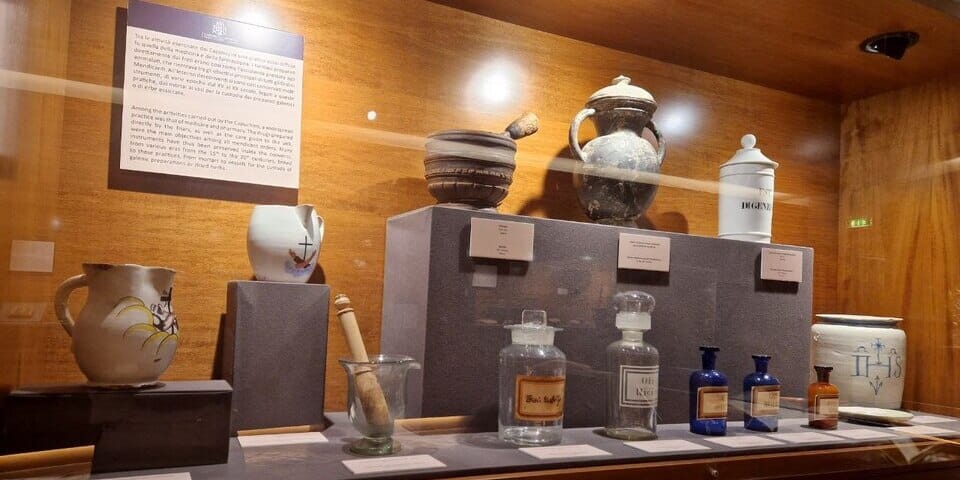 Also, it was interesting to recognize that among the activities carried out by the Capuchins, a widespread practice was that of medicine and pharmacy. The drugs prepared directly by the friars and the care given to the sick were the main objectives among all mendicant orders.

In the second part of the tour, we visited four crypts: 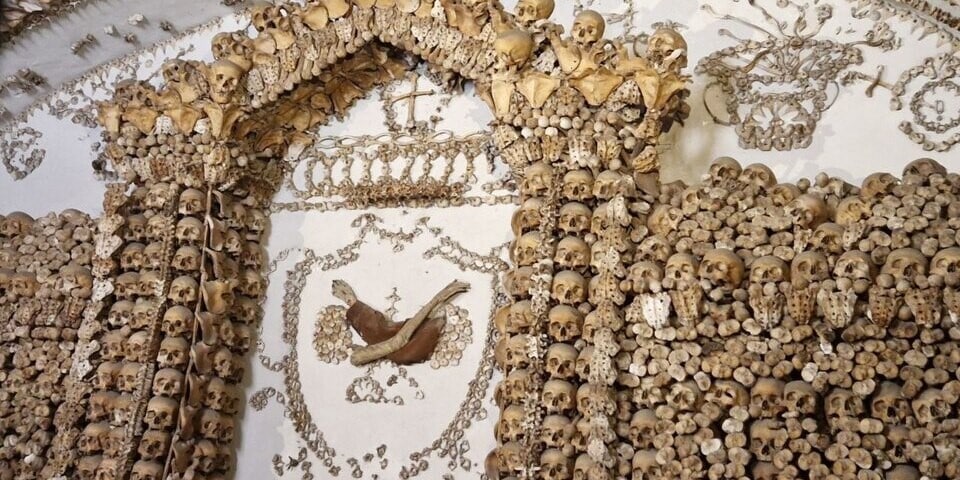 The total duration of the tour is 1 hour. It is highly recommended! 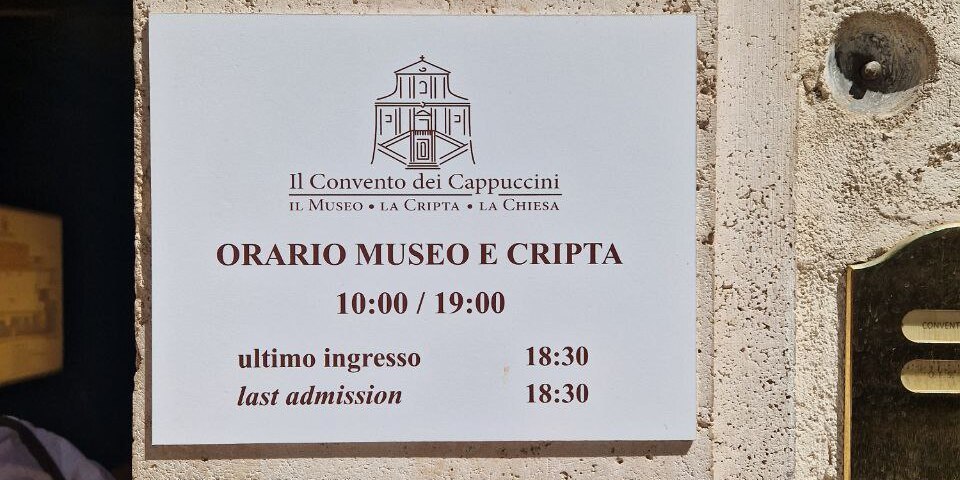 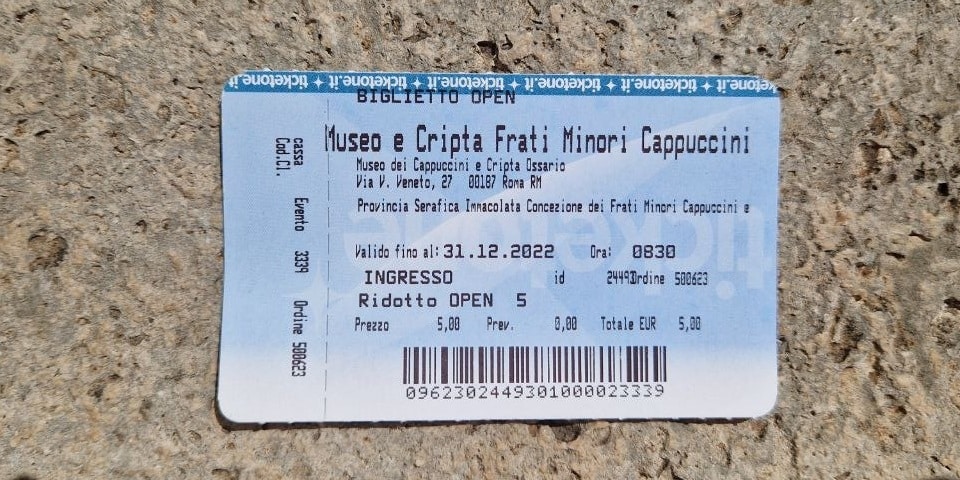 Have an unforgettable experience!