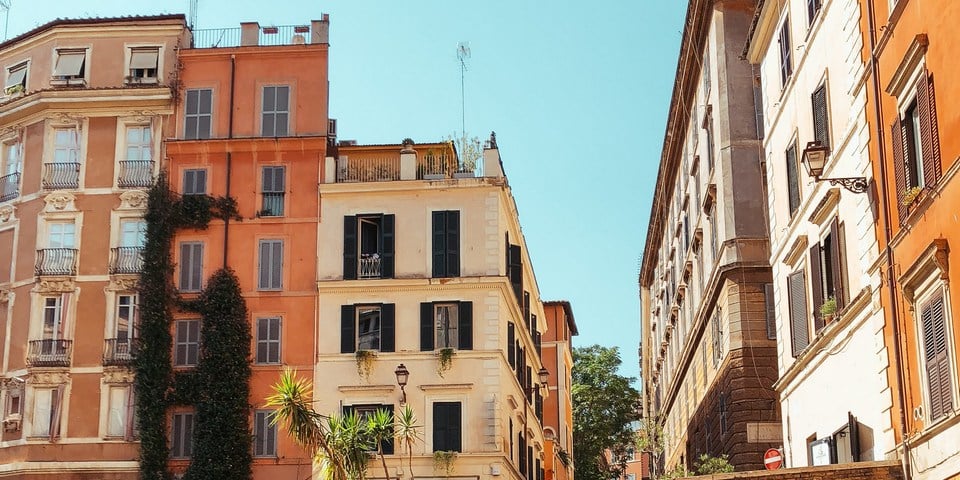 Monti is considered to be one of the most vibrant and unique Roman neighborhoods out of all. The Eternal city is believed to be composed of several districts or neighborhoods. To be precise, Rome has 22 districts (or rioni). In Monti, tourists can take advantage of the proximity of historical sites and plenty of places to spend an unforgettable Roman night.

The area of Monti has been densely populated since ancient times. As we can observe from the numerous remains of ancient constructions located on the district’s territory, it was an epicenter of the social and political life of Romans. However, soon after, in the middle ages, the district of Monti gained a reputation as a place that was not suitable for living. This is due to the fact that Monti primarily being located on a hill.

Hence, the name in Italian translates into the mountains. However, with the fall of the Roman Empire, aqueducts that used to supply water to the hill became heavily damaged. Thus, it resulted in a considerable decrease in the district’s inhabitants. 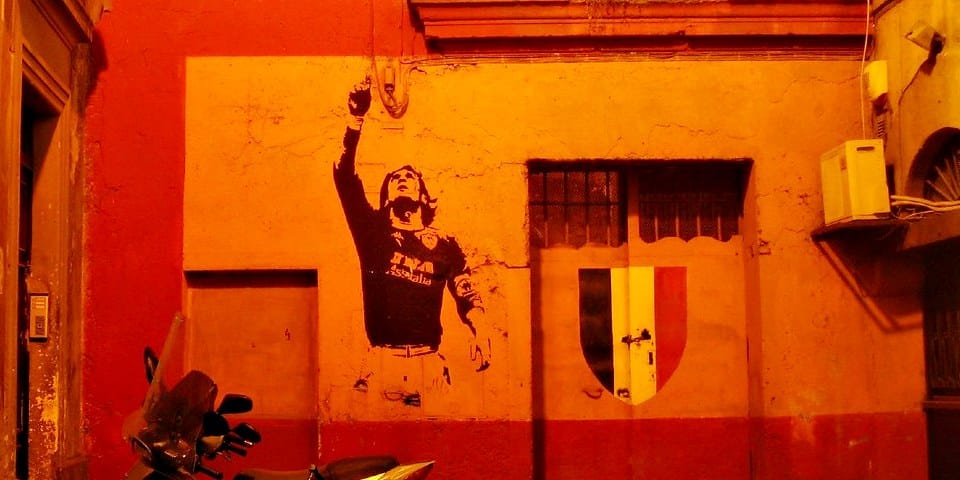 The neighborhood then regained its previous appearance as Rome became the capital of united Italy. Under the fascist regime (1924-1936), many of the old constructions were destroyed, thus paving the way for the all-famous Via dei Fori Imperiali (the street that divides Roman forums) and initiating major excavation works that gained the district its present status.

Following is the list of places to visit in Monti: 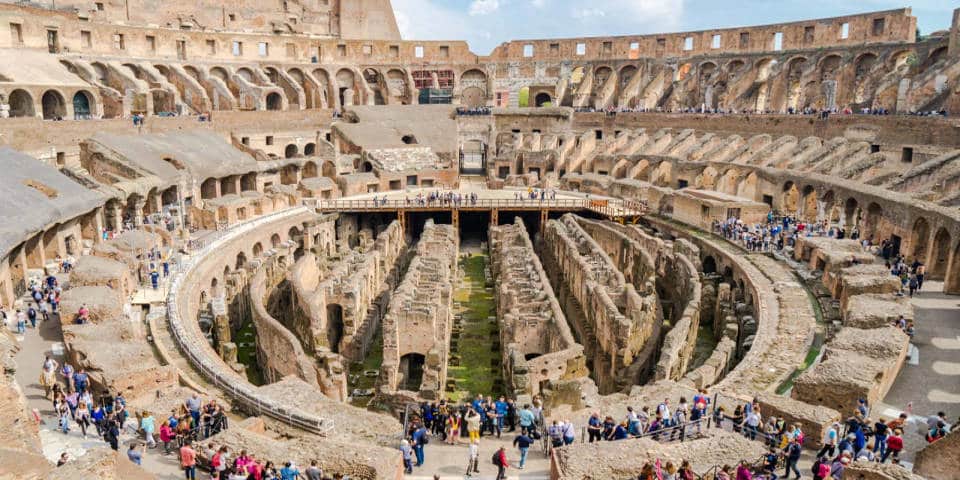 Perhaps, the first thing that tourists worldwide are closely associated with Rome, and Italy in general, is Colosseum. This mighty ancient structure fascinates architects and inspires artists these days. Colosseum is also known as Flavian Amphitheatre (Amphitheatrum Flavium). One can spend years finally getting acquainted with the history of this great Roman monument. First, however, here is a brief history of the most visited Roman sight.

The construction of the Colosseum dates back to 70 – 80AD. Built under Emperor Vespasian’s commission, Colosseum aimed to outshine all the architectural excesses of Vespasian’s predecessor – emperor Nero, who embezzled all state treasury and constructed Domus Aureus (Golden House).

The building housed 50 to 80 thousand spectators, averaging 65 thousand visitors. The “repertoire” of the Colosseum consisted of gladiatorial fights involving wild animals, executions, recreations of historical battles, and even theatrical performances based on ancient myths.

Today, the Colosseum has become one of the most famous sights in Rome. Every day, thousands of tourists visit the ancient Roman amphitheater and its surroundings, and the annual flow of visitors constitutes several million.

Colosseum is located in the historical center of Rome, next to the Roman Forum and Piazza Venezia

How to get to the Colosseum 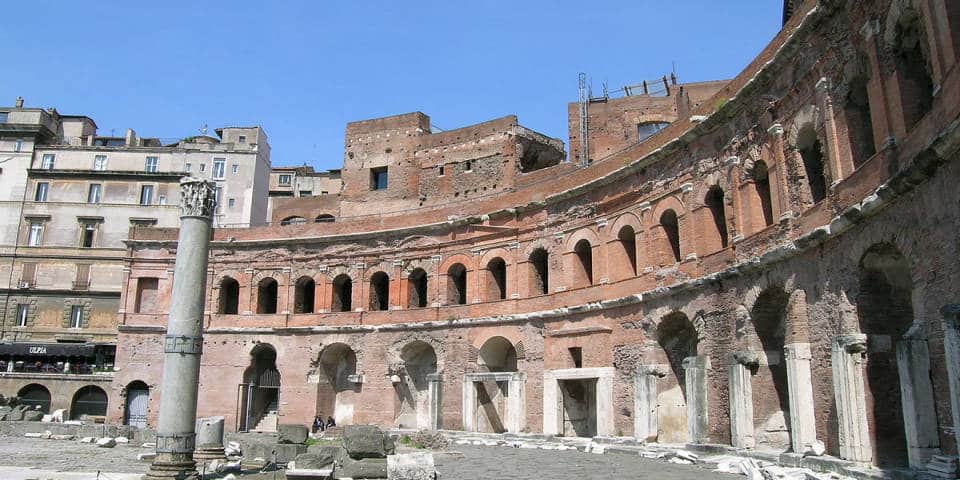 The following recommended place to visit is Trajan’s market. Don’t be fooled by its name; this is not an actual market but remains of one that existed during Ancient Rome times. This market is part of a larger museum complex – Museo dei Fori Imperiali- open for visitors.

During the middle ages, its construction was expanded by adding floor levels and defensive elements. The latter still can be seen in the building of the military tower – Torre delle Milizie.

How to get to Trajan’s Market

After having spent time admiring the Colosseum and close located Roman Forum, you can take sit on the steps of the fountain that is located in the center of the square and enjoy a cup of gelato or order an aperitivo in the numerous restaurants situated close by, thus feeling yourself becoming a true Roman, though only for a night.

Food experience is one of the most significant during your stay in Rome. Here’s the list of recommendations on where to eat in Monti:

La Taverna dei Fori Imperiali is a casual, traditional restaurant renowned for classic & creative home-cooked pasta & grill dishes. They offer one of the best Roman typical dishes, linking it with modern plates that Alessio, the chef, cooks with passion.

Ai Tre Scalini exists since 1895. It is an ancient winery founded at the end of ‘800 in the heart of the historical Rione Monti in Rome. All dishes are prepared with care to satisfy even the most demanding palates.

Trieste Pizza offers high-quality pizza in the center of Rome. You should try their pizza Margherita or pizza con Funghi (with mushrooms). Their wholemeal dough is made of Italian Organic Certificated flour.