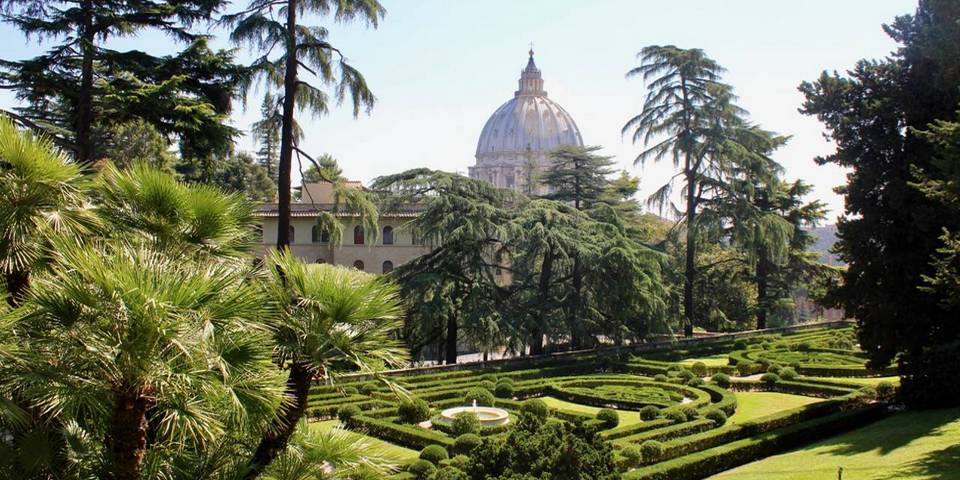 The Vatican Gardens (Latin: Horti Civitatis Vaticanae; Italian: Giardini Vaticani) are exclusively beautiful private gardens and parks from the 16th century in the Vatican City State, located within the territory of Rome. The gardens cover more than half of the country, are owned by the Pope, and are considered the smallest government globally.

Their territory is 23 hectares (57 acres), with the highest point of 60 meters (200 ft) on Vatican Hill. You need to plan your visit since it is possible only by reservation. The gardens are considered the Pope’s private playground, which you can visit by taking the two-hour foot-and-bus tour. 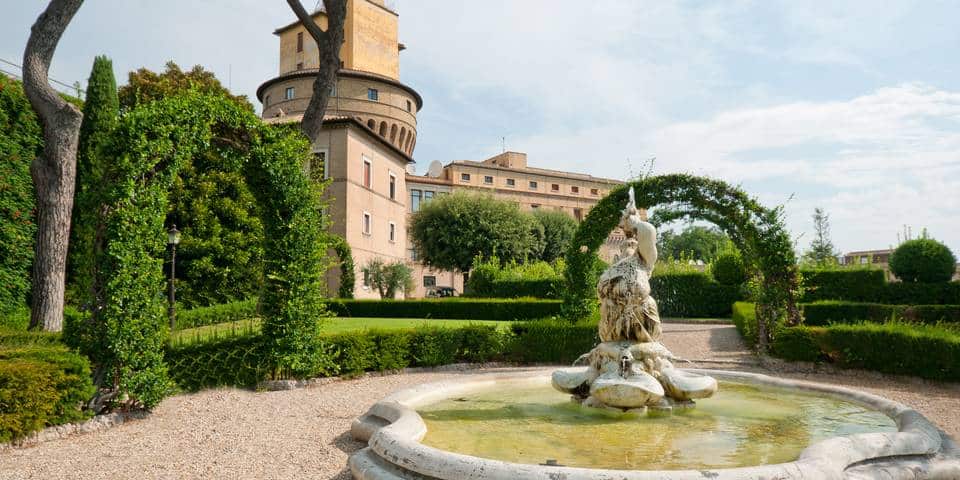 The Vatican Gardens are surrounded by stone walls in the North, South and West

They were established during the Renaissance and Baroque eras, and there are different fountains and sculptures on the territory of gardens. However, there is no access to the public except special group tours provided by the Vatican. Moreover, there are 16 Marian images revered worldwide at the designation of the Roman Pontiff or the Pope – the owner of the gardens. Besides greenery, sculptures, and fountains, there is the Governor’s Palace and the Radio of the Vatican on the territory of the gardens. You can see the gardens when you climb up the dome of St Peter’s Basilica, from the highest point of Rome.

According to the Pious tradition, the site of the Vatican Gardens was spread with sacred soil taken from Mount Calvary by Saint Helena, the mother of Emperor Constantine. Through this sign, she wanted symbolically unite the blood of Jesus Christ with that shed by early Christians, who died because of the persecution of Emperor Nero. The Gardens of the Vatican date back to medieval times when vineyards and orchards were prolonged to the north of the Papal Apostolic Palace. 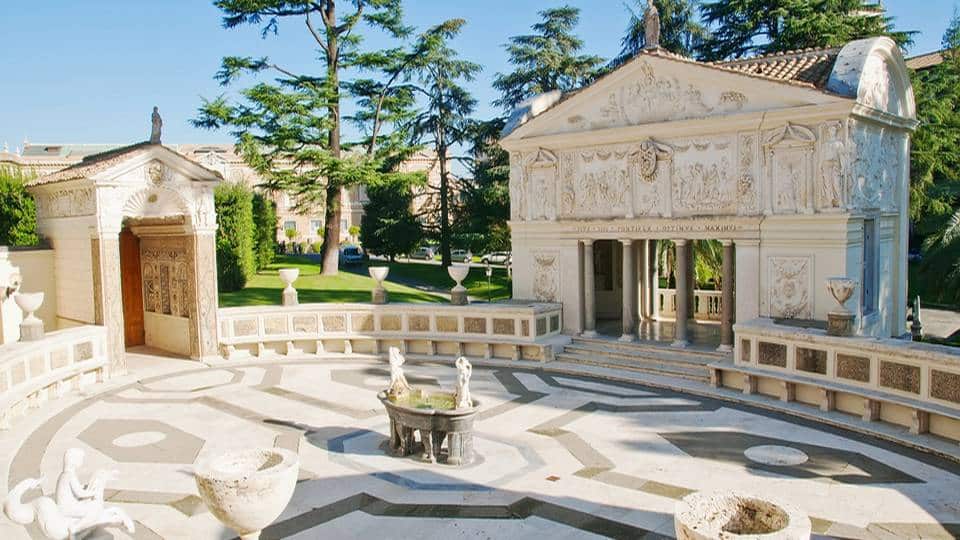 In 1279, Pope Nicholas III decided to move his residence back to the Vatican from the Lateran Palace, so the area became enclosed by walls

However, at the beginning of the 16th century, the gardens were reconstructed during the pontificate of Pope Julius II. Donato Bramante’s project considered splitting gardens into three new courtyards: the Cortili del Belvedere, the “della Biblioteca,” and the “della Pigna” (Pine Cone) in the Renaissance style.

Moreover, a rectangular Labyrinth set in boxwood and decorated with Italian stone pines and cedars of Lebanon was added to the design of the gardens. Today, the Vatican Gardens contain many medieval buildings and monuments from the 9th century to the present day, including flowers and greenery. Moreover, the gardens’ most notable feature is an artificial grotto dedicated to Our Lady of Lourdes (Grotta di Lourdes), a replica of the Lourdes Grotto located in France, and an olive tree donated by the government of Israel. 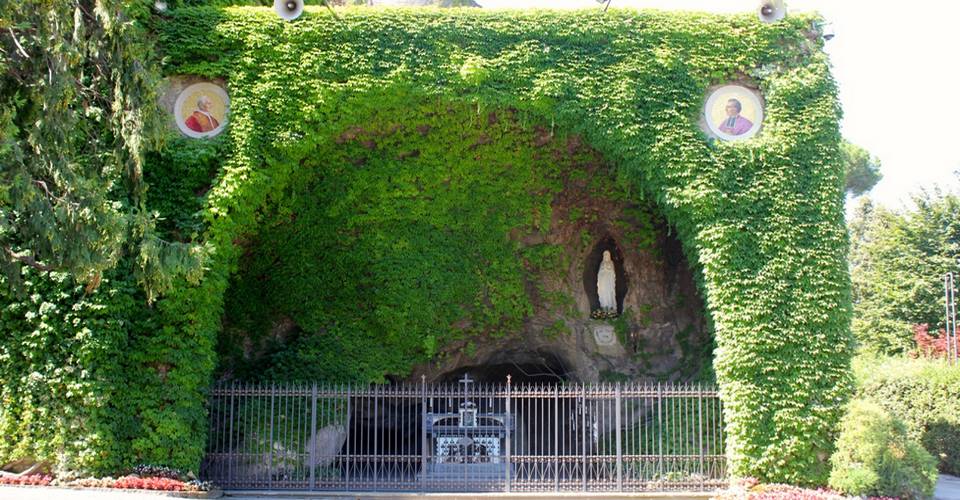 The Vatican offers tours to its gardens, where most are in English and take place in the morning. Usually, the tour time is between 8:30 am, and 9:30 am. 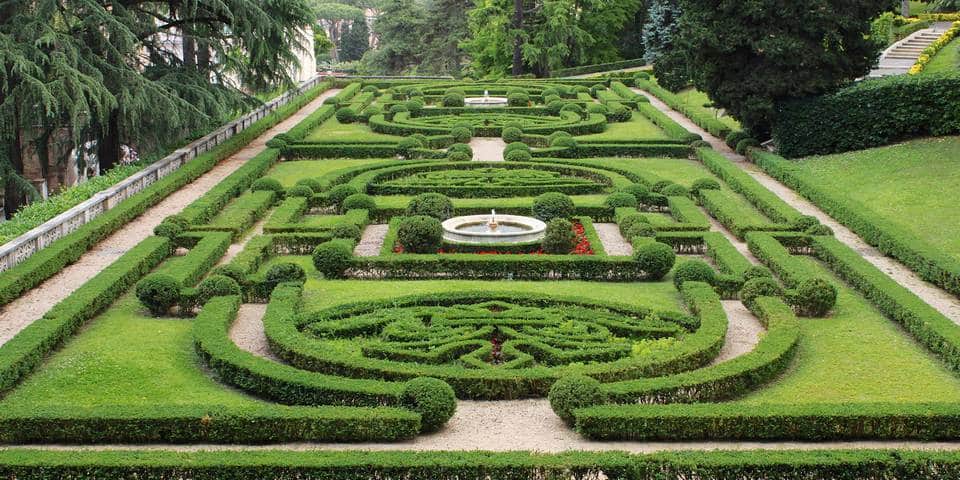 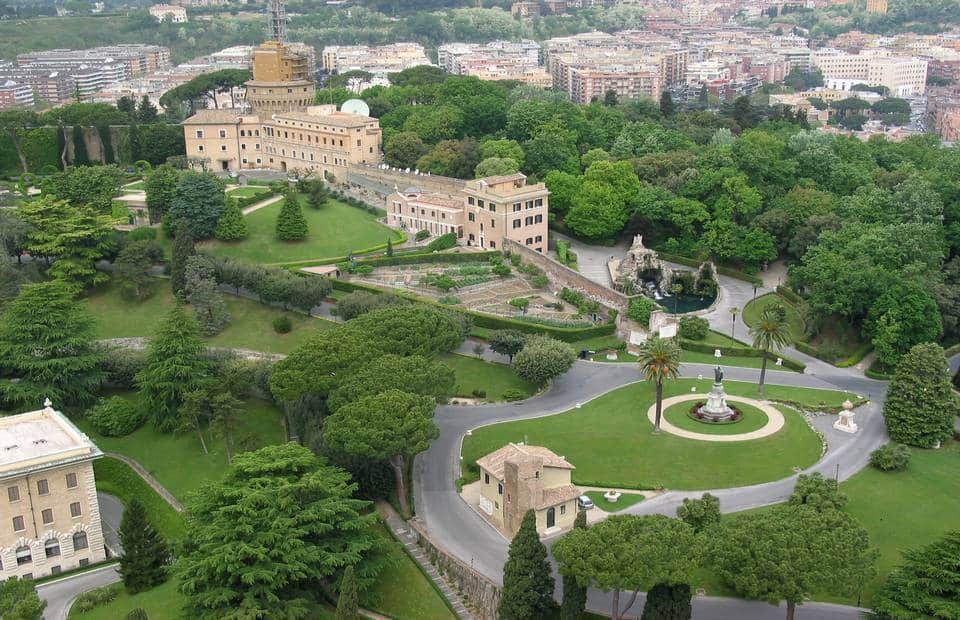 Have you ever been inside the Vatican Gardens? Tell us about your experience in the comments.

Watch our vlog about the Eternal City and private tour to St Peter’s Basilica, Square, and instructions on how to climb up the dome! You can book this tour here. Discover a breathtaking view of the gardens from the dome of the basilica in our video: