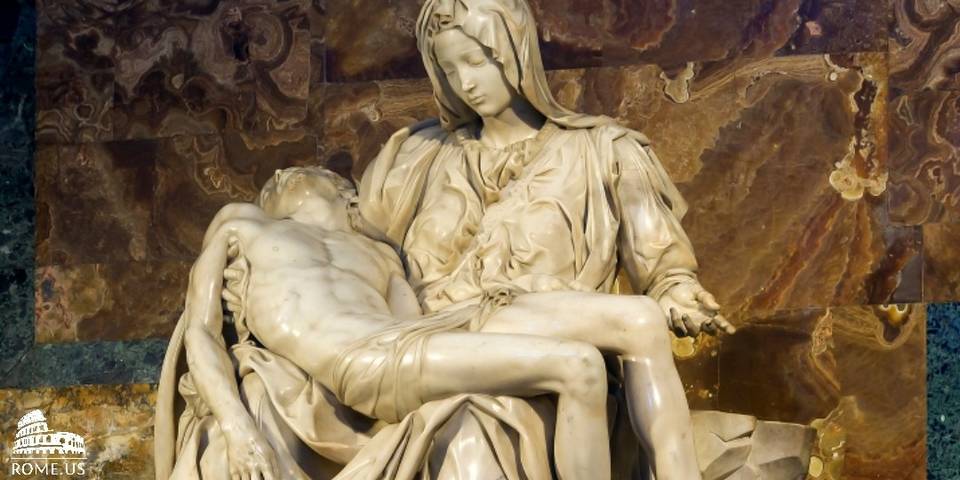 The Pietà (“The Pity” in English) is a masterpiece of the Renaissance epoch by Michelangelo Buonarotti, located in Saint Peter’s Basilica, Vatican. Moreover, it is the first work among other statues of the same theme. The sculpture was commissioned by the French Cardinal Jean de Bilheres.

It is made of Carrara marble for the cardinal’s funeral monument, but in the 18th century, it was moved to the first chapel on the right when one enters the basilica. 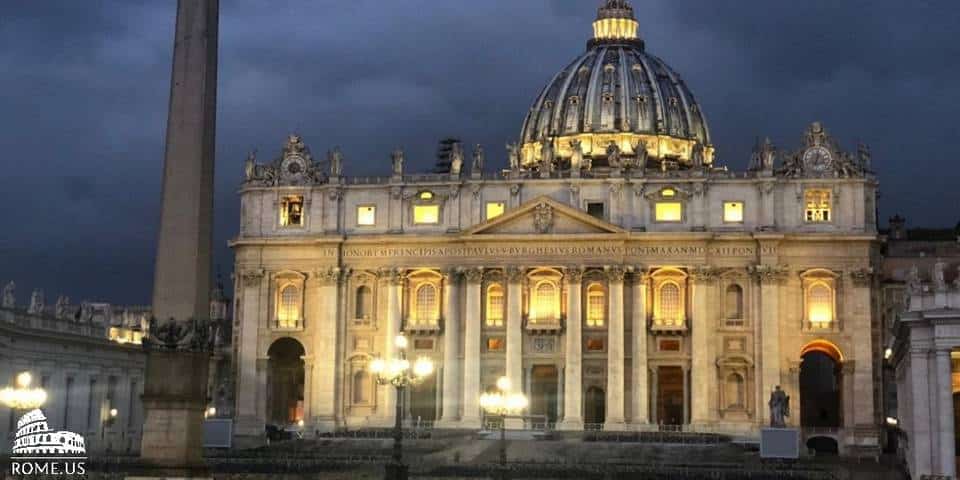 Pieta is the only masterpiece where Michelangelo left his signature

The Pieta represents the body of Jesus on the lap of his mother Mary after the Crucifixion, which is the scheme of Northern origin. Notably, the statue balances the Renaissance ideals of classical beauty with naturalism. In addition, the structure is pyramidal, where the vertex coincides with Mary’s head. The figures of Pieta are out of proportion, and the fully-grown man is depicted cradled in Mary’s lap at a full length. The face of Christ doesn’t embody signs of the Passion. The artist did not want his masterpiece to represent death. Instead, he wanted to show the “religious vision of abandonment and a serene face of the Son.”

Michelangelo’s representation of the Pieta is different from previously created art works by other artists because he depicted Mary as young and beautiful women, rather than old woman

To create Pieta, the artist spent less than two years working between 1498 and 1499. He was only 24 years old. The first home for the sculpture was the Chapel of Santa Petronilla, a Roman mausoleum near the south transept of Saint Peter’s. Moreover, Bramante later destroyed the chapel during his reconstruction works on the basilica. After the installation of the Pieta, Michelangelo heard that someone remarked that it was the statue of another sculptor, Christoforo Solari. This rumor led Michelangelo to sign the sculpture on the sash running across Mary’s chest. He carved: “MICHAELA[N]GELUS BONAROTUS FLORENTIN[US] FACIEBA[T] (Michelangelo Bounarotti, Florentine, made this). 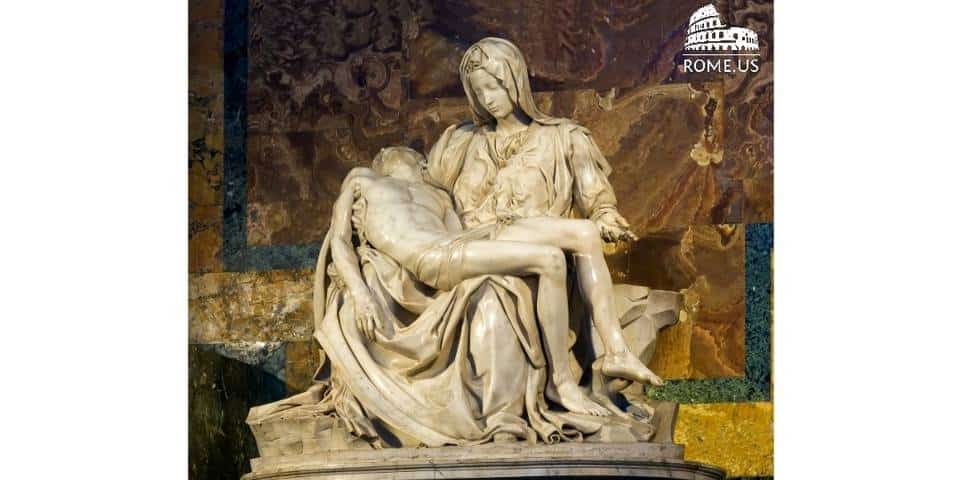 In 1964, the masterpiece was borrowed by the Vatican to the 1964-65 New York World’s Fair and it was returned there after the fair

Before the Renaissance, most arts were represented in spiritual form rather than depicting real life. However, since the Pieta is a Christian statue, it reflects the real suffering of humankind. At the same time, unlike the classical Greek masterpieces where a man is depicted as flawless, the Pieta shows a more realistic embodiment of man’s imperfections, which reflects humanism.

The Pieta was damaged: four fingers on Mary’s left hand were broken during the move and restored in 1736 by Giuseppe Lirioni. Another time it was destroyed on May 21, 1972, when a mentally disturbed geologist, Laszlo Toth, came into the chapel and attacked the sculpture with a hammer while shouting out, “I am Jesus Christ; I have risen from the dead!” Unfortunately, he removed Mary’s arm at the elbow, a chunk of her nose, and destroyed one of her eyelids. Visitors to the basilica took most of the pieces of marble that flew off.

After, some marble pieces were returned, but many were not, including Mary’s nose, which was reconstructed from a block cut out of her back. This is the main reason why today, the sculpture is protected by a bulletproof acrylic glass panel. Also, the Vatican is famous for its Pontifical Swiss Guard and military forces that protect the Pope and all belongings of the city-state.

At the beginning of 20th century the copy of the Pieta was created, which now can be seen in the Vatican Museums. This copy served as the main sample for restoration process of the original Pieta after damages. More info about damage in this video.

The Pieta by Michelangelo is put on public display behind bullet-proof glass in the main religious building of the Vatican – St. Peter’s Cathedral. Access is free of admission, just at the entrance to the right in the first chapel. 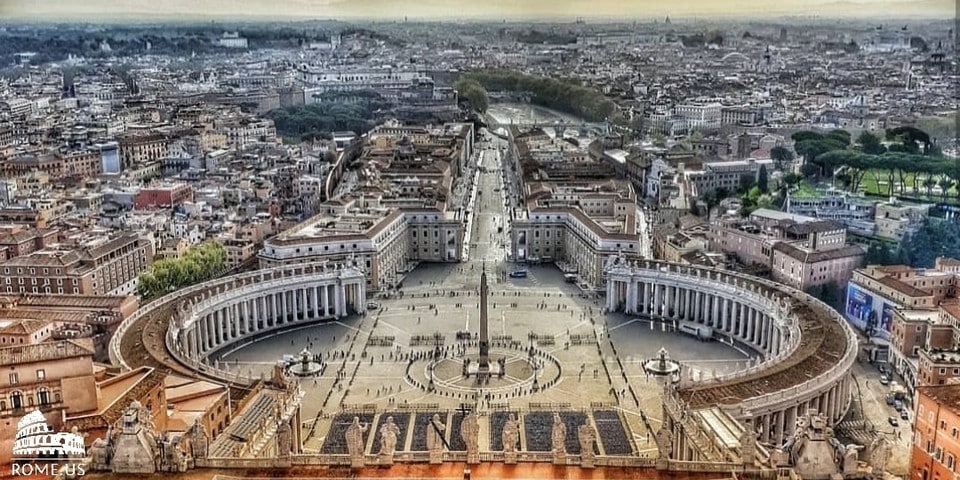 Pieta by Other Artists

The Pieta is a famous plot among artists, and there are several other notable artworks bearing the same name. 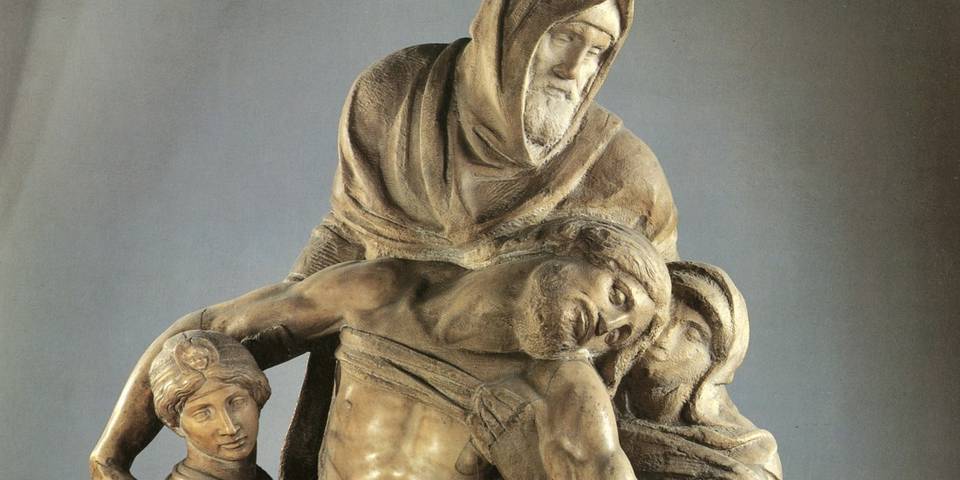 The Florence Pieta (also known as deposition or the Bandini Pieta) never ended up. In a rage following ten years of work, Michelangelo endeavored to destroy it in 1555, yet he didn’t figure out how to do it. The statue was saved by a servant named Antonio and later purchased by the Florentine Banker Bandini and repaired by one of Michelangelo’s assistants (Calcagni). 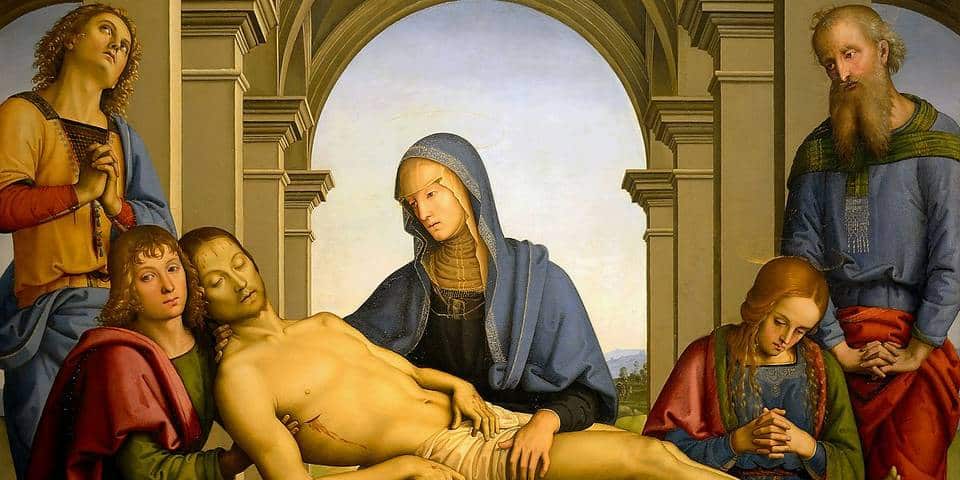 Italian Renaissance artist Pietro Perugino executed Pieta around 1483-1493. It is located in the Uffizi Gallery, Florence. The work was created for the church of the convent of San Giusto alle mura, along with the Agony in the Garden and Crucifixion. Moreover, the work was moved to the Uffizi in the 20th century. 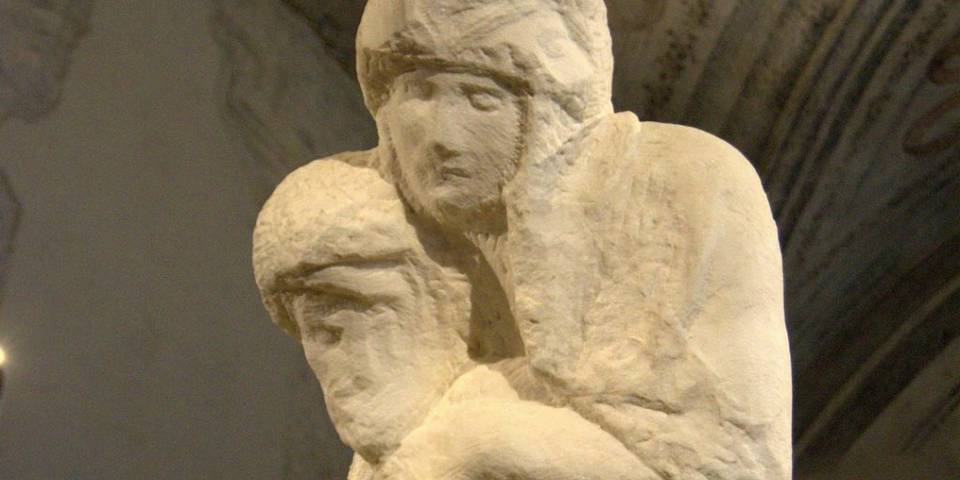 The Rondanini Pieta is a marble sculpture by Michelangelo, on which he worked from 1522 until the last days of his life in 1564. According to several sources, there were three versions of the artwork, where this sculpture was the last one. It is located in the Museums of Rondanini Pieta of Sforza Castle in Milan.

Have you ever seen Pieta? Do you agree that this is one of the best masterpieces ever created in the world?