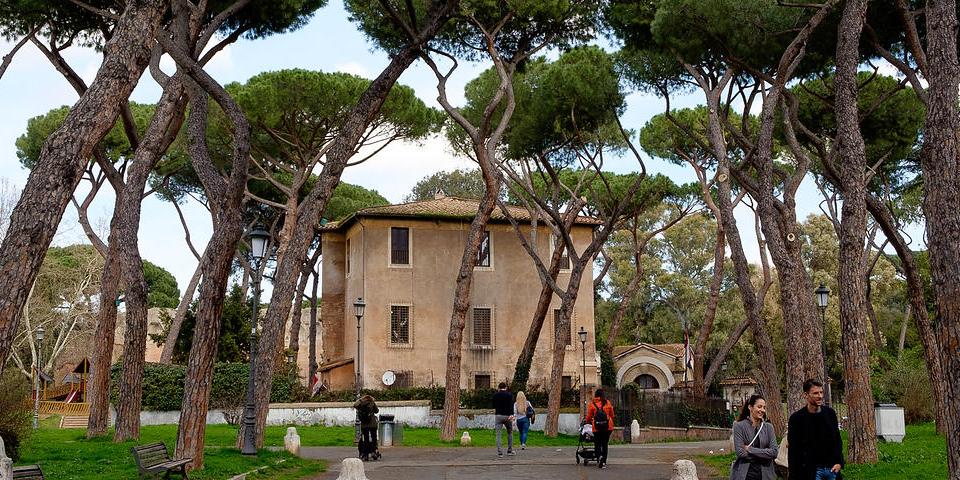 Oppian hill (Colle Oppio) is the southern spur of Esquiline hill, lies between the valley of Colosseum and valley of Suburra. Despite Oppian hill being significantly smaller compared to other hills, it houses significant amount of ancient historical artifacts. 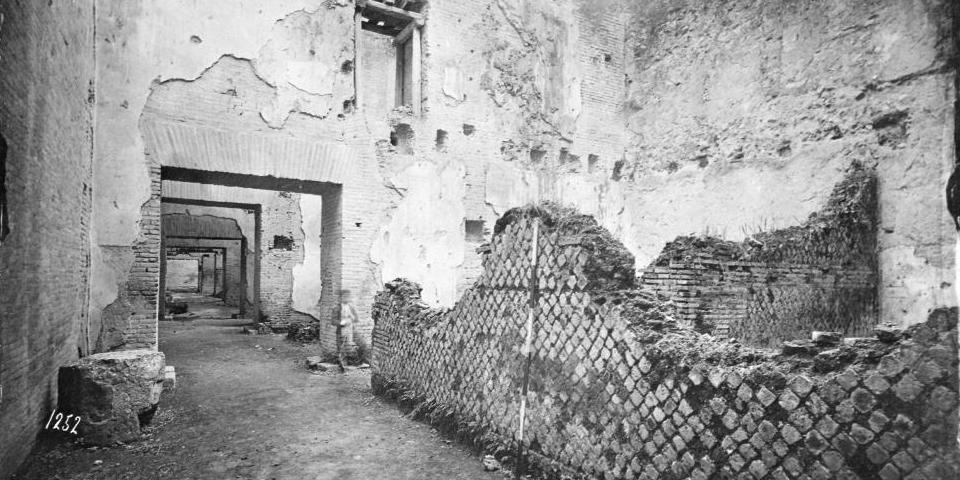 There are different versions of hill’s name origin. Some state that the hill was named after Tusculum citizen named Oppius, who helped Roman’s during Tulus Hostilius’s siege of Veii (ancient Etruscan city). Others believe that the name derives from the plebian clan that used to live in this area in Ancient Rome.

Nevertheless, today Oppian hill is in the list of prestigious Roman districts as the majority of its apartments have a beautiful city view due to proximity of the major historical sites. The territory of the hill is also famous for its greenery and archeological sites.

Following is the list of places to visit and instructions on how to get to the Oppian hill. 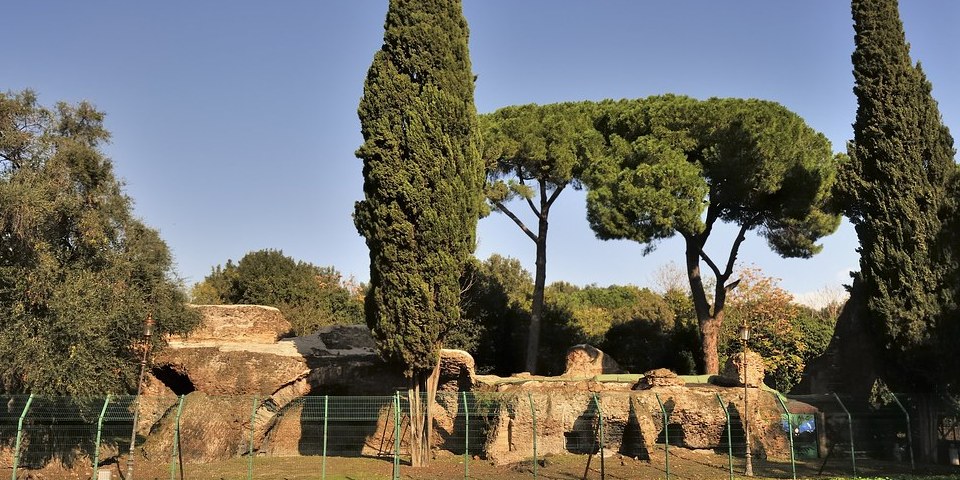 Oppian hill park (Parco del Colle Oppio) takes up about 11 ha of Oppian hill’s territory. The development of Oppian hill park started in 1871 when Rome officially became the capital of Italy. However, the park gained its present-day appearance only during the fascist era. Thus, the reconstruction of public park began in 1928 under the guidance of Raffaele De Vico and completed by 1936. Oppian hill park is decorated with numerous marble statues, fountains and sculptures. Moreover, due to its proximity to Colosseum, tourists can enjoy an attractive view from the park. 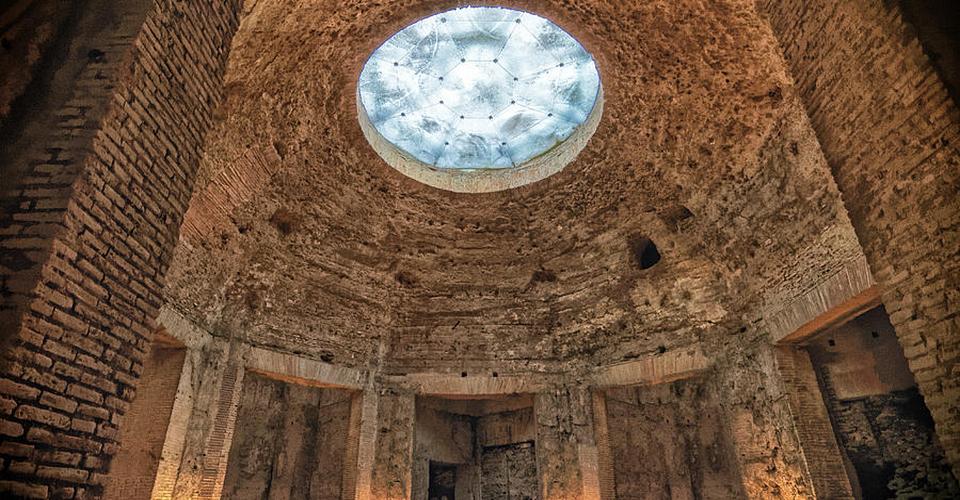 Sometimes called ‘new Pompeii’ of Italy, today Domus Aurea (Golden House) represents an extensive underground palace with more than 300 rooms. The construction of palace was ordered by emperor Nero after the Great Fire of Rome destroyed his old residence in 64 AD. The scale of Nero’s project was fascinating, as no emperor before has planned such an extensive and luxurious palace project.

According to some estimate, Domus Aurea took up too 50 ha territory between Palatine and Esquiline hills, meaning that the total area of palace was 25 times bigger than that of Colosseum. The territory of villa also included its private vineyards, forests and even artificial lake. The walls of Domus Aurea was encrusted with semi-precious stones and beautiful mosaics.

Probably the most interesting fact is that out of 300 rooms, Domus Aurea did not have any bedroom or kitchen and apparently was used only for the purposes of throwing parties

The remains of the palace were discovered accidently, when a young boy fell through a cleft in the Esquiline hill in 15th century. Later, it turned out to be a cave embellished with ancient mosaics and painted figures. Today, you can visit this extravagant construction only with the virtual reality guided tour that can be booked on the webpage. 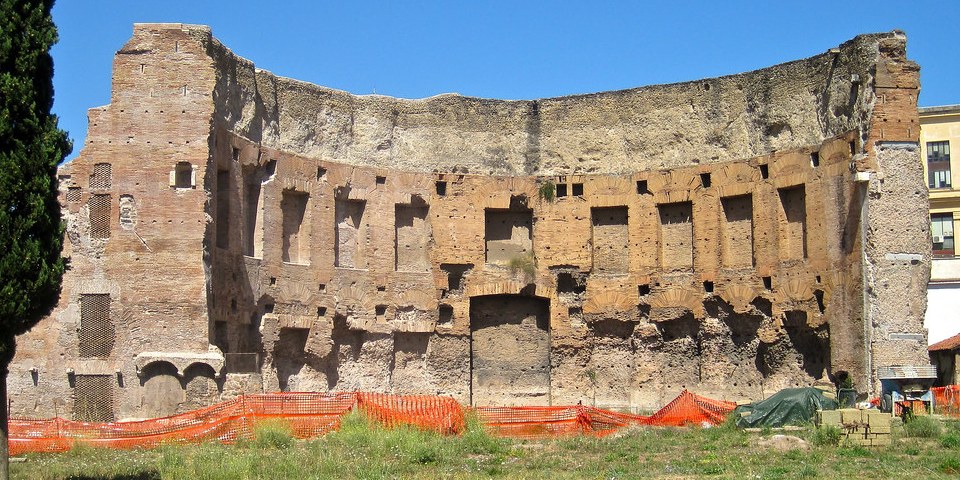 After the death of Emperor Nero subsequent emperors decided to build a platform over the Domus Aurea, which later was used for construction of other forms of architecture. The construction of bath of Trajan was, as it is obvious from the name, commissioned by emperor of Trajan in 104 AD. The architect of Bath of Trajan thought to be Apollodorus of Damascus. The bath complex was aimed to be a recreational and social center for Ancient Roman citizens, both women and men.

Unfortunately, the bath complex quickly became abandoned as late as early 5th century and was used as city cemetery. Therefore, not much reached our days. However, during 1997 excavation works archeologists discovered large frescoed bird-eye view of a walled port city. Until today experts remain confused on the origins of this frescoed picture. 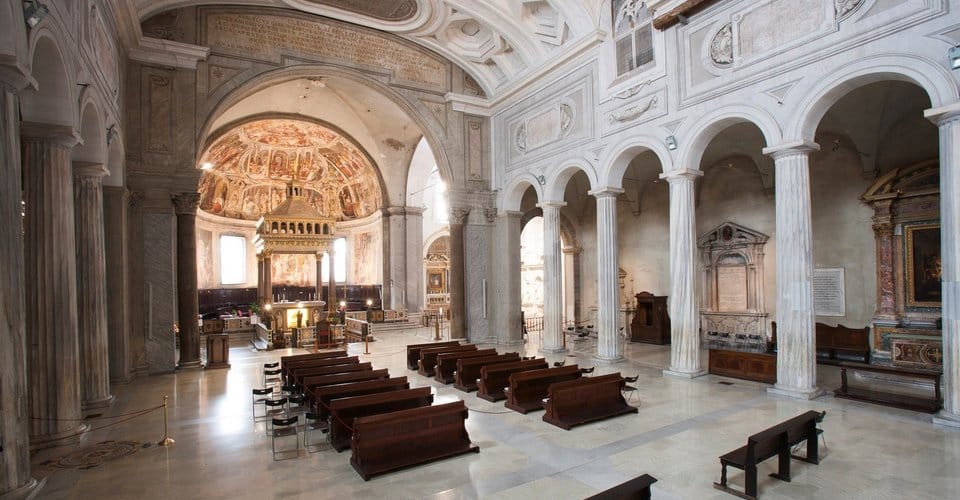 The Basilica di San Pietro in Vincoli was built in 5th century and houses a famous relics of Saint Peter’s chains (when he was imprisoned in Jerusalem). It is believed that chains were given to Pope Leo I by Empress Eudoxia as a present. Thus, Pope Leo I commissioned the construction of Basilica to host this sacred relic. The Basilica has quite simple interior design and decorations, the relic itself is located under the central altar. Visitors are suggested to take a closer look at frescoes that embellish the walls of the Basilica. You might find some of them depicting skeletons.

The hill is located not far from the Colosseum, so if you live in the historical center of Rome, you can easily reach it by foot.