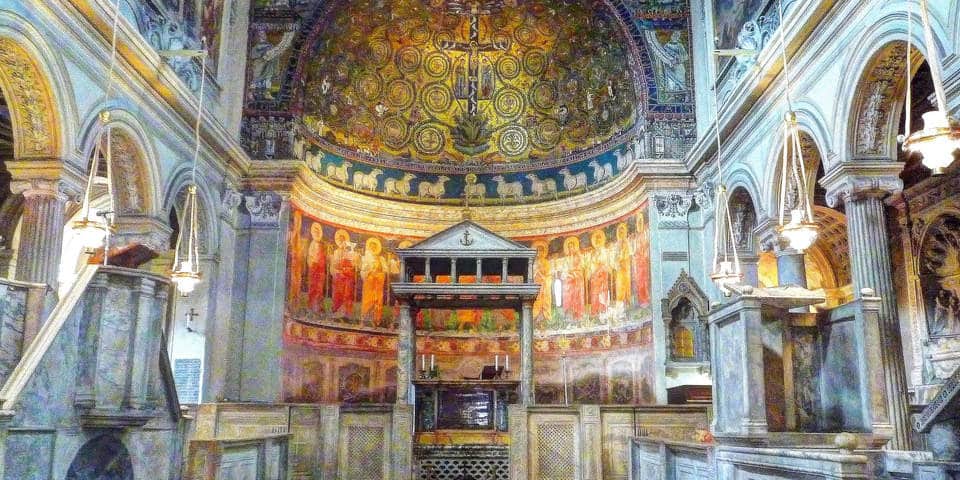 It is a three-tiered complex of buildings: 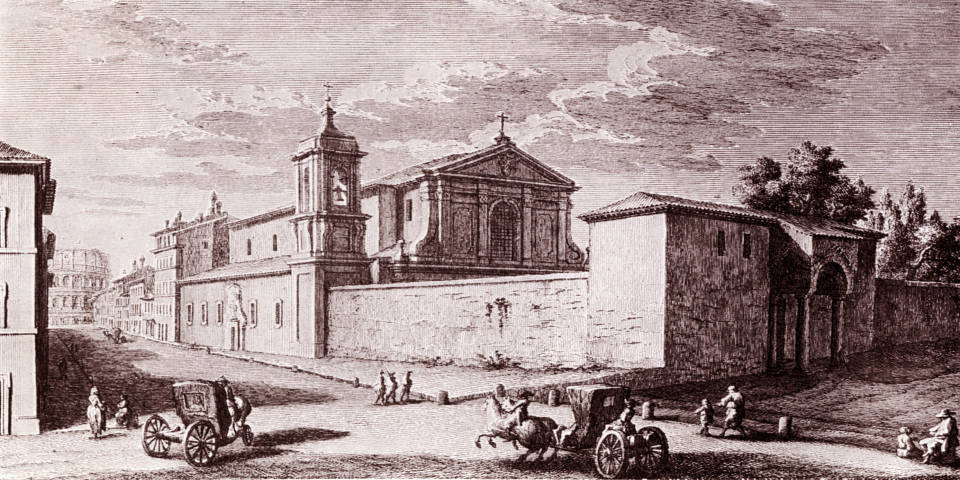 This old church was changed over the centuries from a private home that was the location of clandestine Christian worship within the 1st Century to a grand open basilica by the 6th Century, reflecting the emerging Catholic Church’s developing legitimacy and power. The archeological follows of the Basilica’s history were found in the 1860s by Joseph Mullooly, Prior of the house of Irish Dominicans at San Clemente (1847-1880).

The Basilica of San Clemente is arranged some three hundred yards above the Colosseum, on a street that rises gradually to St John Lateran from the valley between the Caelian Hill on the south and the Oppian Hill on the north. It is named after Pope St Clement, the third successor of St Peter in the See of Rome, who died about 100 A.D. Until a hundred years back, without a doubt, it was commonly thought that the present church was that to which St Jerome re¬ferred when he wrote about 390 that « a church in Rome preserves the memory of St Clement to this day.»

Before the 4th Century

Nowadays, there are remains of the foundation from the republican era building on the lowest levels of the Basilica. An industrial building from the imperial mint of Rome from the late 1st century A.D. was built on the same site during the Flavian period. Later, an insula was built on the site but separated from the industrial building by a narrow alleyway. At the beginning of 2 century A.D., a sanctuary of the cult of Mithras was built in the courtyard of the insula.

From the 4th to 11th Centuries

In the 4th Century, the second floor of the lower level of the industrial building was remodeled. An apse was built over part of the Domus, where the lowest floor was also filled in.

The early basilica was the location where councils presided over by Pope Zosimus (417) and Symmachus (499). The last remarkable event that took place in the lower basilica was the election in 1099 of Cardinal Rainerius of St Clemente as Pope Paschal II

Four of the biggest frescoes within the Basilica were supported by a lay couple, Beno de Rapiza and Maria Macellaria, at some time in the last third of the 11th Century and focused on life, miracles, and interpretation of St. Clement and the life of St. Alexius. Beno and Maria are appeared in two of the compositions, once on the façade of the Basilica along with their children, Altilia and Clemens (“querulous Clemens,” i.e., “little boy Clement”), offering gifts to St. Clement, and on a column on the left side of the nave, where they are depicted on a little scale witnessing a miracle performed by St. Clement. 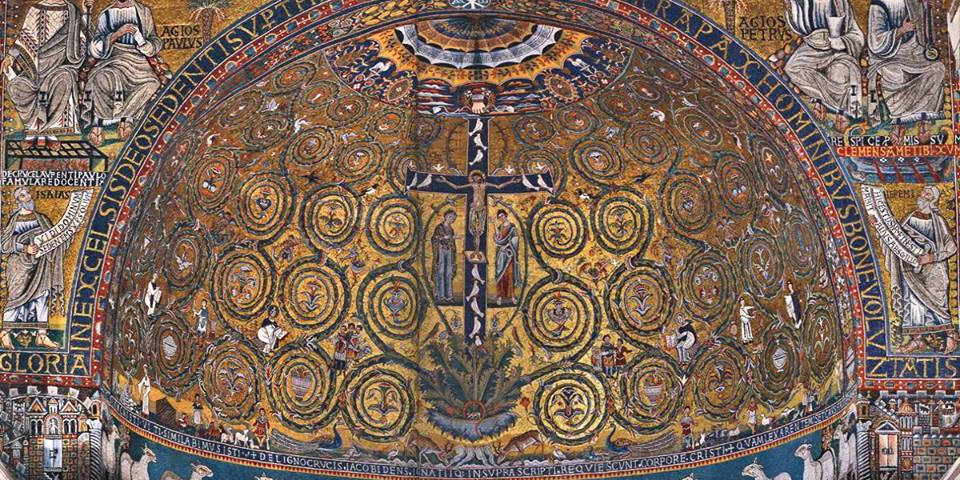 The present Basilica was rebuilt in one campaign by Cardinal Anastasius (1099-1120). The main hypothesis claims that the original church had burned out during the Norman sack of the city under Robert Guiscard in 1084. However, no proof of fire damage in the lower Basilica has been found to date.

A ceremonial entrance is surrounded by arcades, which now serve as a cloister. Fronting the atrium is the facade of Carlo Stefano Fontana, supported on antique columns. Moreover, the Basilica behind it is in three naves separated by arcades on ancient marble with Cosmatesque inlaid paving.

In 1645 the Dominicans of San Sisto were put in as caretakers by Camillo Pamphilj, the Cardinal-nephew of Innocent X, the entire property being given over in perpetuity to the Dominican Order in 1667 by Cardinal Francis Maidalchini, Pamphilj’s successor as Commendatory abbot of San Clemente. Ten years afterward, since religious persecution in Ireland, the Basilica and convent of San Clemente, together with those of San Sisto Vecchio inverse the Baths of Caracalla, were granted to the Irish Dominicans.

Since we are talking about one of Rome’s most richly adorned churches, prepare yourself for a visit and make it as helpful as possible.

You can book a visit to the Basilica or participation in the excavations process on the official website: www.basilicasanclemente.com.

To obtain a Marriage Certificate from the Basilica of San Clemente (Rome), you will need the following information before completing the form available for download:

Weddings are NOT celebrated in the Basilica of St Clement