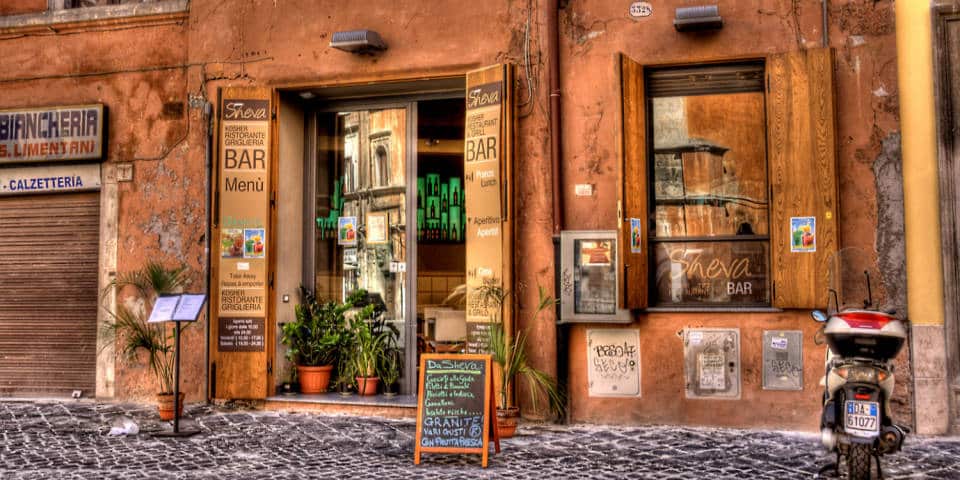 The Jewish Ghetto is one of the most beautiful, but less known attractions of Rome. The neighborhood has a rich history. Nowadays it is full of boutique stores and kosher restaurants located alongside the historic buildings.

The Ghetto was established in 1555 in the Rione Sant’Angelo, in the southern part of Campo de’Fiori. It was Pope Paul IV who ordered the construction of the neighborhood. It had borders over a Papal Bull along with different discriminatory laws about the kinds of professions that Jews could do or cold not. One of the most typical professions was selling fish, so that the old fish market located in the Ghetto. Moreover, the area has one of the highest prices for the property in Rome. Because of all prohibitions and obligations, the Jews became traders of clothing and businessmen in the field of loans. 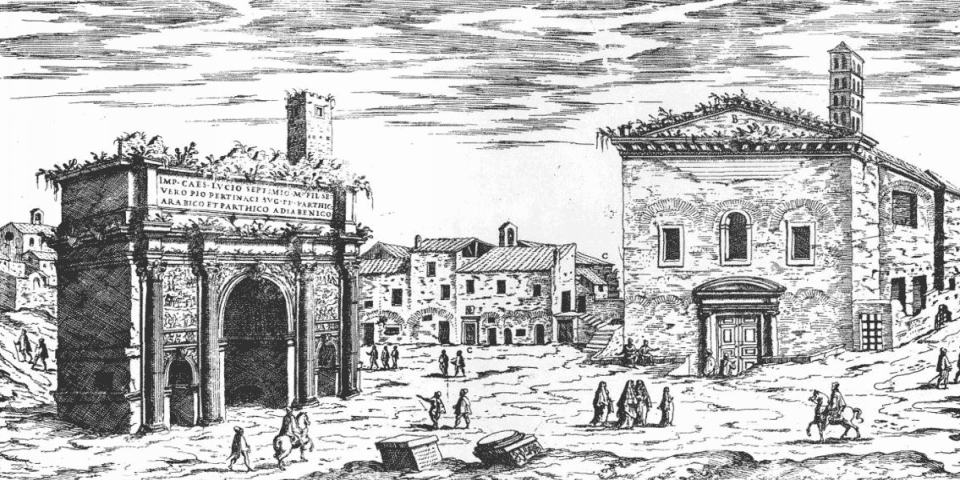 The Ghetto walls were torn down in 1888

Despite the fact that the Jewish culture grew in this neighborhood, it also witnessed Nazi occupation during the Second World War. The German government proclaimed that Rome’s Jews had to donate their gold for not to be deported to the concentration camps. Many in the city, including the Vatican, donated their gold. However, there are debates that Vatican’s offer was refused. The Jewish community raised the required amount, while Nazi soldiers entered the neighborhood on October 16th, 1943, and deported 1000-2000 people. Unfortunately, only 16 managed to survive. 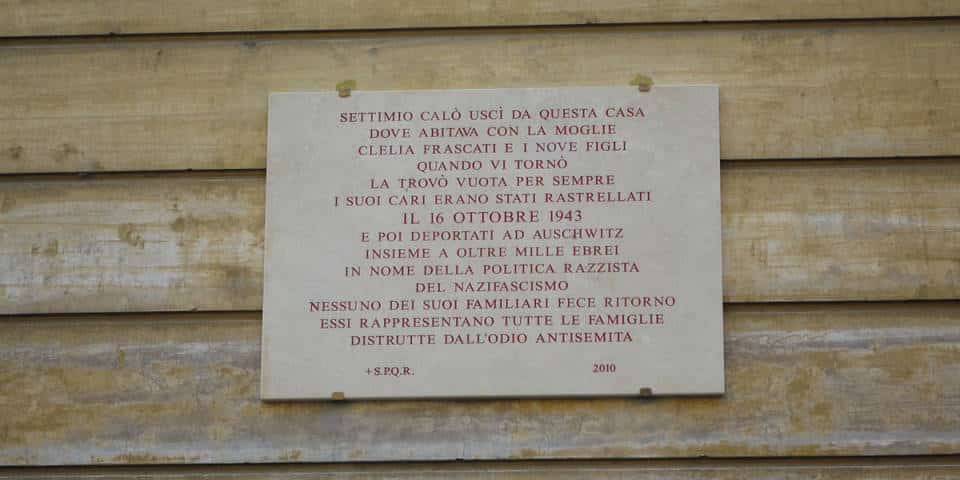 Nowadays the area is full of kosher restaurants, churches, and synagogues. Moreover, famous Turtle Fountain located there. Also, there are the ruins of the enormous ancient Portico d’Ottavia, erected in 146 BC as a grand procession way. 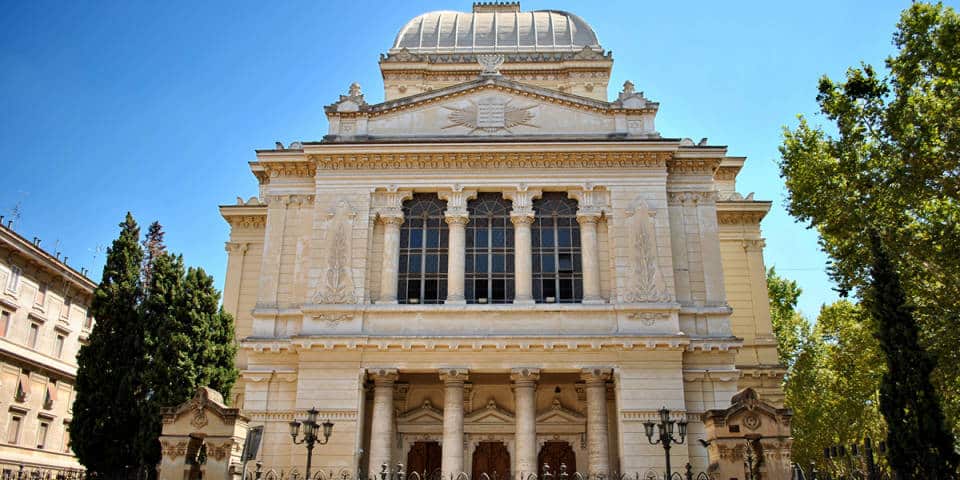 The Theater Marcellus (Teatro Marcello) named after Marcus Marcellus, Emperor Augustus’s nephew.  The building is one of ancient examples of the entertainment venues that were important for Romans. The theater had a big strategic importance. It was under the rule of the Fabi family that built a fortress on top of the arches. However, eventually, the construction was under the command of the Savelli and Orsini families.

The Jewish Museum located underneath the Great Synagogue. There are silverware and textiles, marble carving and many other features from the Jewish Community of the Eternal City. 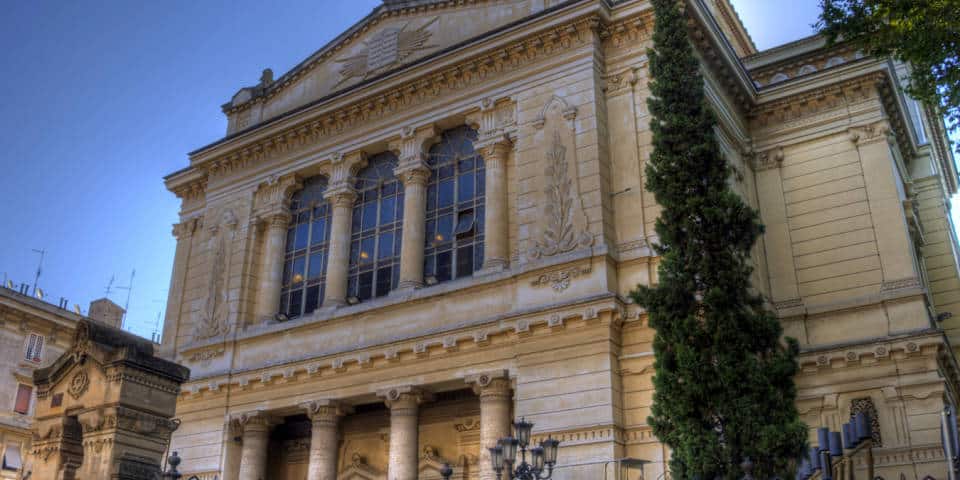 The Turtle Fountain (Fontana delle Tartarughe or Fontana Tortoise), built by Taddeo Landini between 1581 and 1588, is considered one of Rome’s first finest fountains. It is world-acclaimed and four replicas of it were built in the USA. There are four bronze ephebes hold with one hand a circular basin, while with another, they help a turtle to climb the basin. 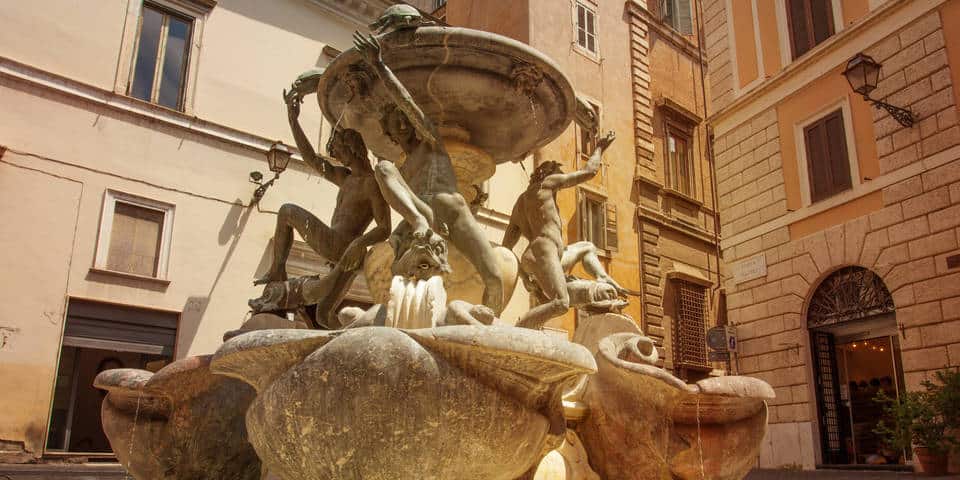 One of the best attractions of the quarter is its kosher restaurants.

Giggetto al Portico d’Ottavia located in the center of the Jewish Ghetto. Moreover, it is family run restaurant which exists since 1923. In the menu you will find a variety of kosher dishes, including famous carciofi alla guida and a wide selection of local wines. 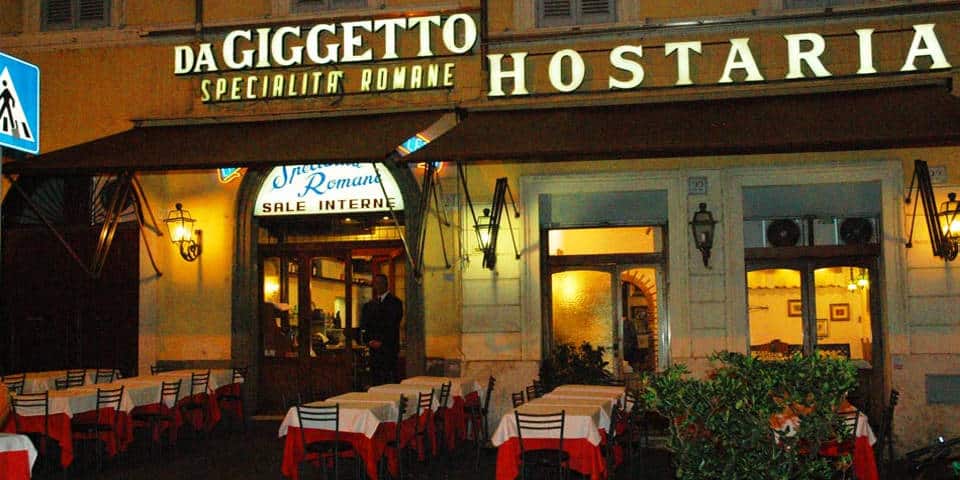 Ba’Ghetto is famous for the kosher dishes, including fried artichokes. The place offers exceptionally good service and quality of food. Moreover, the ambiance is warm and friendly.

Pane Vino e San Daniele is a mix between a wine bar and an osteria. There is a wide selection of wines and it would be a great place to stop by both for lunch or dinner. The food offered is made from fresh and high quality products. 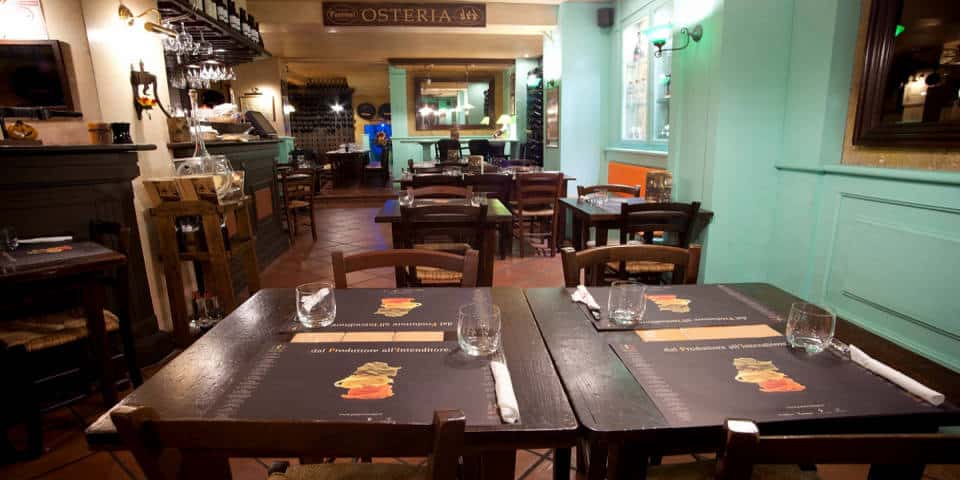 Turtle Tour Rome offers Guided Segway Tours in Rome. The price starts from 50 euro per person. Moreover, there are only small groups up to 5 participants and the average length of the tour is from 2 to 4 hours. Tours are offered in multiple languages.

Overall, the Jewish Ghetto is one of the most amazing quarters of Rome. At the same time, it has a rich history and nowadays the neighborhood is peaceful and quiet. You should definitely visit one of the kosher restaurants or admire historic buildings of the Jewish Ghetto.