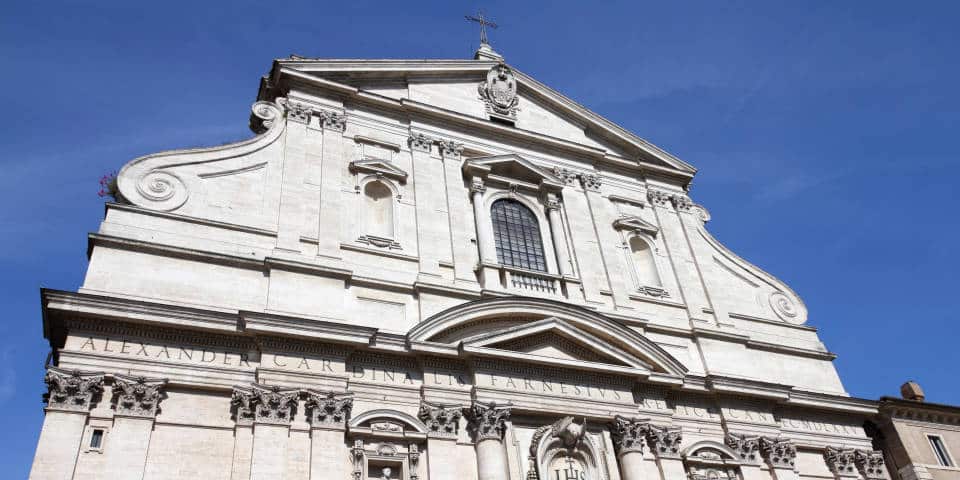 A great church called the Church of the Gesù (Italian: Chiesa del Gesù, officially named Chiesa del Santissimo Nome di Gesù all Argentina (English: Church of the Most Holy Name of Jesus at the “Argentina”), is located in Rome, in Piazza del Gesù in the district of Piazza Venezia, and belongs to the 16th century, the period of the early Baroque.

The church is the core of the Jesuit sanctuaries of the Society of Jesus. Holy relics, unique sculptures, and magnificent frescoes made it one of the most outstanding art samples of the Baroque style.

FAQ about Church of the Gesù in Rome 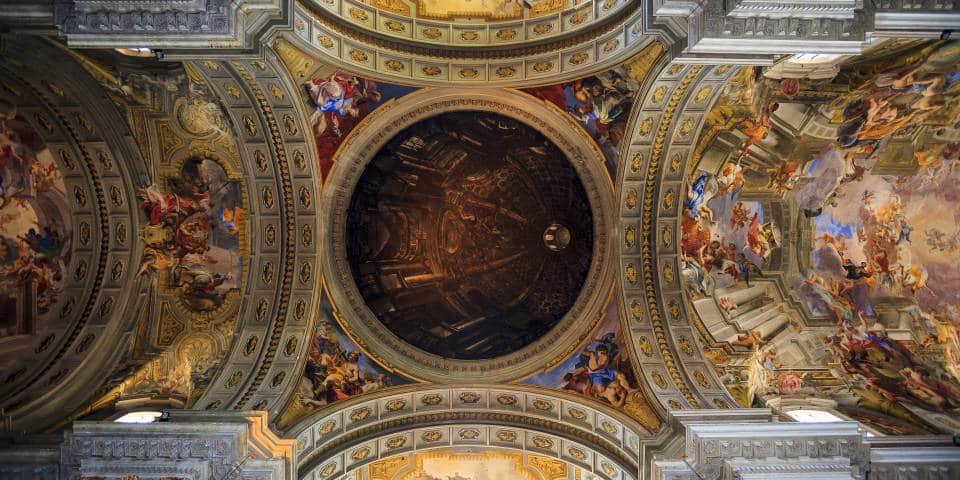 The church has a fantastic Baroque facade, unmatched in the whole of Italy. Since 1568, the great architects Giacomo della Porta and Giacomo Barozzi da Vignola have been working on its design and construction.

The church was built on the place of another sanctuary where, according to the legend, Saint Ignatius of Loyola marked the beginning of the Jesuits, having prayed before the icon of the Holy Mother. The image of the Madonna still adorns the chapel of the temple to the right of the altar. The church was rebuilt many times, but the rooms of Loyola remained untouched. Even the ceilings there are higher than in other accommodations.

The Pozzo Corridor brings almost indescribable joy – it is a place where a journey in 3D space begins. There is a point of pink encrusted marble on the floor, which will give you the appropriate angle to see the stunning illusionary perspective. This is where all the picturesque and architectural lines of a long corridor, designed by a prominent architect, converge.

The most remarkable element of the interior is the magnificent ceiling painting made by Giovanni Battista Gaulli (8 May 1639 – 2 April 1709), in the 17th century. 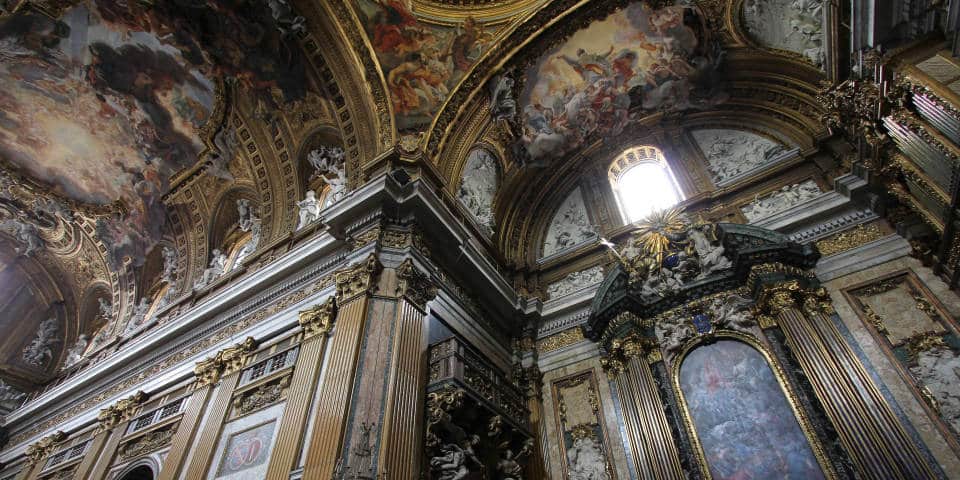 The image adorns the central nave of the basilica. The Genoese artist started this work when he was 22 years old. Unfortunately, it was finished only for the fortieth anniversary of the master! Spectacularly depicted creatures create a stunning illusion of floating in space under the ceiling, visually casting a shadow. However, in reality, a fresco is painted in a single plane!

What else to see inside?

Visiting this church in Rome, you should pay attention to: 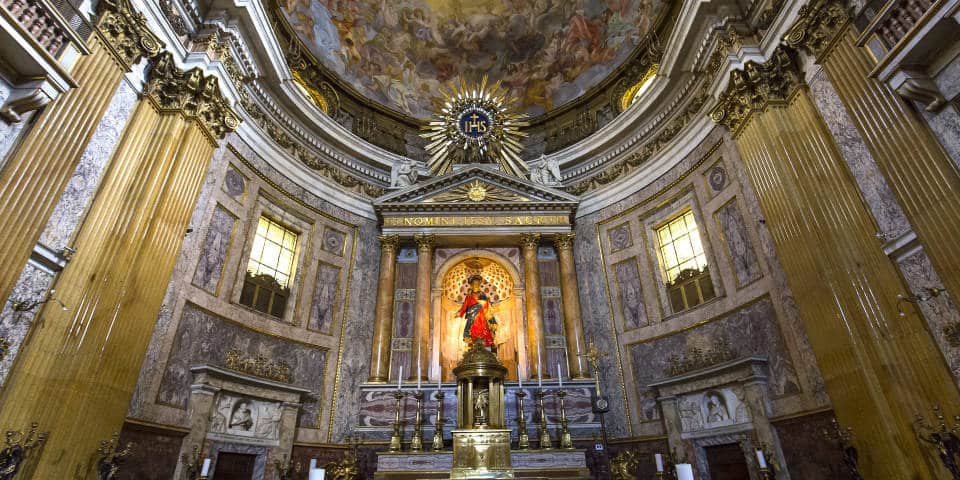 Also, a museum holds precious artifacts relevant to the Jesuits. Museum Hours: Saturday from 04:00 p.m. till 06:00 p.m. Otherwise, you can book a visit to the museum any time you want on the official church website www.chiesadelgesu.org.