The Theater of Marcellus (Teatro di Marcello) is a structure whose construction was started by Julius Caesar. It was finished by Augustus in 13 B.C. and dedicated to his favorite nephew Marcellus. The building is one of the ancient examples of entertainment venues important for Romans.

The Theater of Marcellus was built in the Campus Martius area, between the Tiber and the Campidoglio. Also, its location is downhill from the Capitol, on the way to the Mouth of Truth. Augustus, the first Roman emperor who claimed that he found the Eternal City in clay and left it if marble, dedicated the construction to his favorite nephew, Marcellus. However, instead of being the following emperor, Marcellus died young and became the first to be laid in the mausoleum of Augustus.

The Theater had great strategic importance. Therefore, under the rule of the Fabi family, it built a fortress on top of the arches. However, eventually, the construction was under the command of the Savelli and Orsini families. 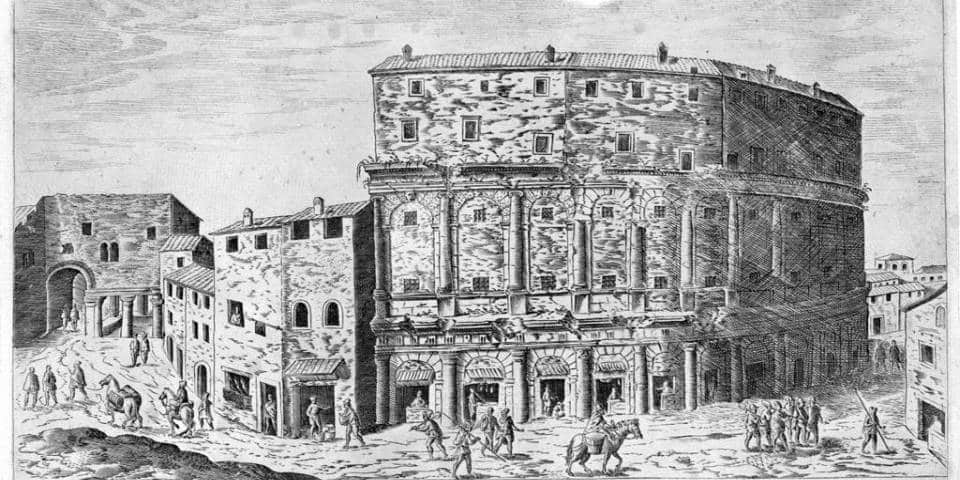 In the 16th century, the former theatre was converted into the palace (palazzo) and later, it was transformed into the construction with luxury apartments

Nowadays, the Theater of Marcellus consists of the high arches of the ancient Theater, medieval walls, and additions of Baldassare Peruzzi, who was working on the conversion of the Theater into a Renaissance palace. 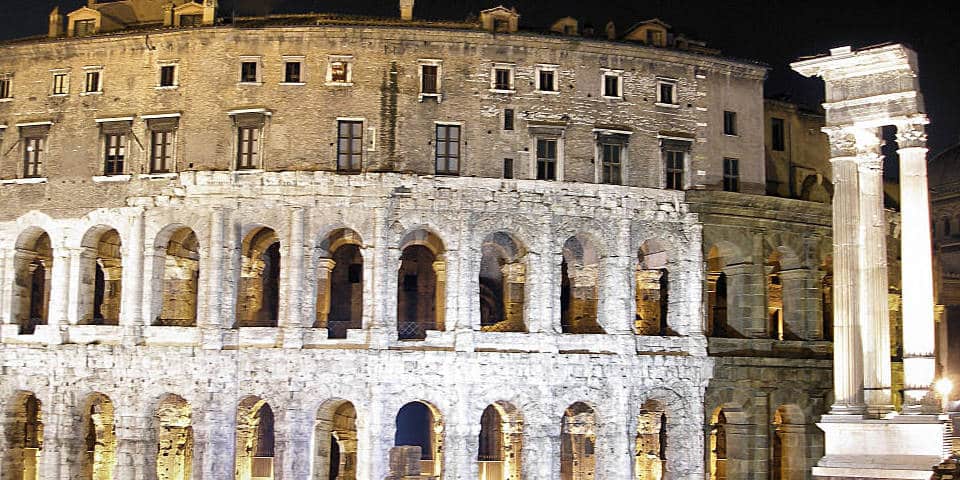 The archeological area around the base is also open in the daytime and accessible to visitors. It is a great place to admire ancient arches, archaeological excavations, and the Portico of Octavia, located next to the Theater. Also, it originally had 41 arches for each of three classical tiers: Doric, Ionic, and Corinthian. The uppermost portion was decorated with colossal marble theater masks. Today, in the summertime, the piano recitals are held there.

Comparison to the Colosseum and Seating Plan 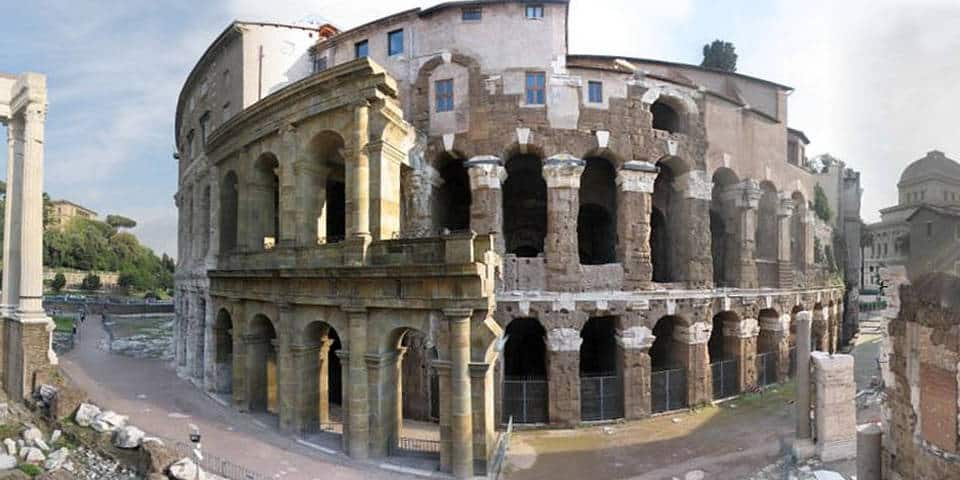 The Theater Marcello was created first and it served as the model for the Colosseum, which became more famous area

The construction was started by Julius Caesar in 27 B.C., while the Theater was finished in 14 A.D. by Augustus Caesar, as mentioned above. The travertine of Marcellus was 33 m (108 feet) high and 130 m (427 feet) across, with the possibility to hold from 15 thousand to 20 thousand spectators. Visitors could quickly leave the Theater because of special tunnels and ramps. Moreover, the building was covered by a sail to provide shade and had moveable scenery. The interior included 36 bronze vases for better acoustics.

How to Get Inside the Theater

Want to make your Roman holiday unforgettable? There is an option to rent this apartment near the Theater of Marcellus! It has a convenient location and is an excellent option for feeling the atmosphere of the ancient city.

The Theater of Marcellus is a beautiful ancient construction. Undoubtedly, it is worth visiting to see its arches and archaeological excavations.