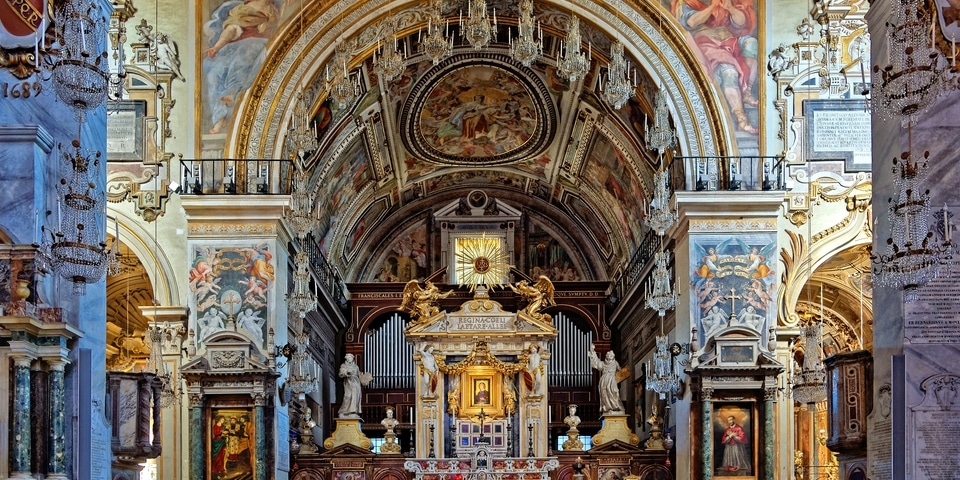 The Basilica di Santa Maria in Ara Coeli (English: Basilica of St. Mary of the Altar of Heaven; Latin: Basilica Sanctae Mariae de Ara coeli in Capitolium) is a titular basilica, located on the highest summit of the Capitoline hill. 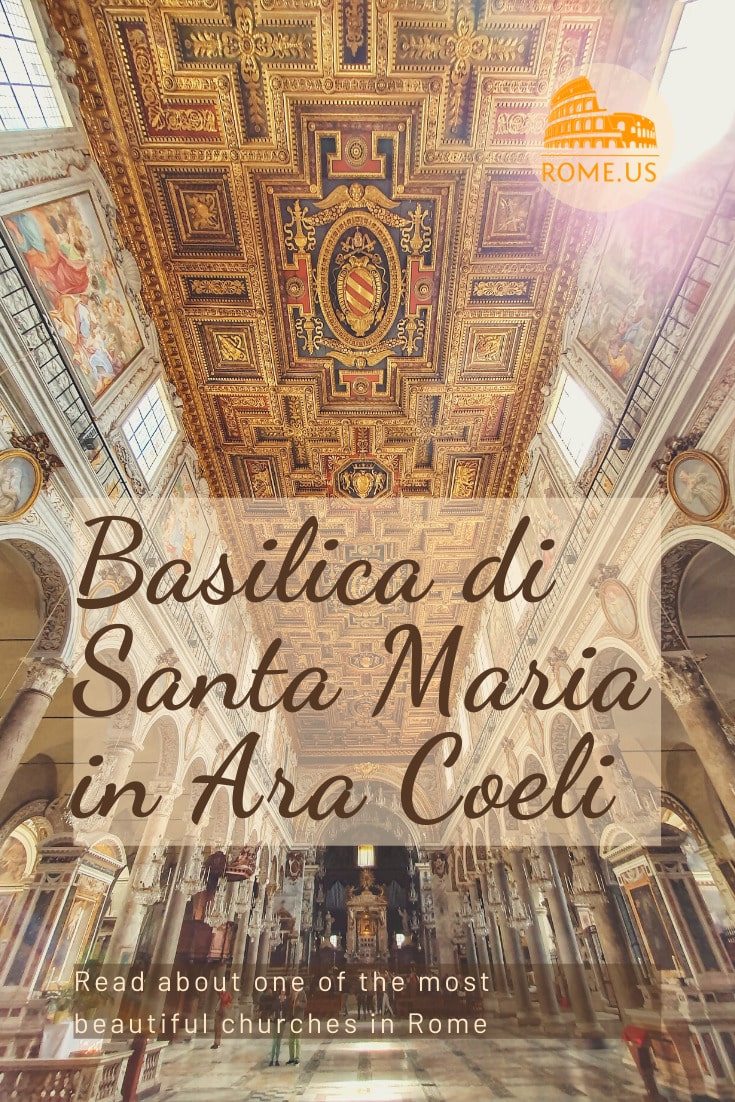 It is the designated Church of the city council of Rome, which uses the ancient title of Senatus Populusque Romanus

The current Cardinal Priest of the church is Salvatore De Giorgi. 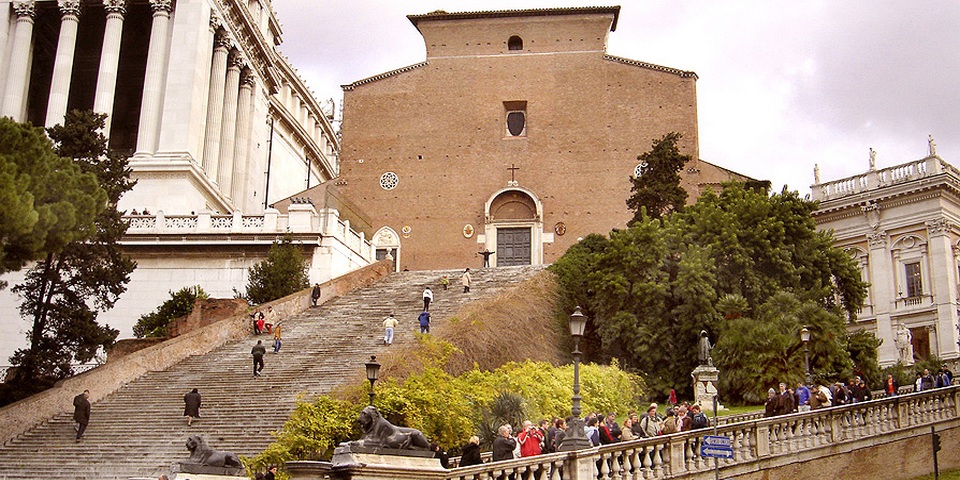 Previously, the basilica was called Sancta Maria in Capitolio because of its location on the Capitoline Hill, which is one of the seven hills of Rome. However, in the 14th century the church had been renamed. According to the legend from the 12th century, the basilica was built over an Augustan Ara primogeniti Dei, in the location where the Tiburtine Sibyl prophesied to the Emperor Augustus the coming of the Christ. Moreover, the figures of Augustus and of the Tiburtine Sibyl are represented on either side of the arch above the hight altar.

In the Middle Ages, condemned criminals were executed at the foot of the steps; there the self-proclaimed Tribune and reviver of the Roman Republic Cola di Rienzo met his death, close the spot where his statue commemorates him

The anthropologist Jack Weatherfor in his work “History of the Money” clarifies how the basilica was previously conceived as an incarnation of the Temple of Juno Moneta, the old Roman sanctuary that stood on the main summin of the Capitoline Hill, overlooking the Roman Forum:

“According to Roman historians, in the fourth century B.C., the irritated honking of the sacred geese around Juno’s temple on Capitoline Hill warned the people of an impending night attack by the Gauls, who were secretly scaling the walls of the citadel. From this event, the goddess acquired surname-Juno Moneta, from Latin monere (to warn). . .As patroness of the state, Juno Moneta presided over various activities of the state, including the primary activity of issuing money.

. . . from Moneta came the modem English words mint and money and, ultimately, from the Latin word meaning warning.

Today, the site of the Temple of Juno Moneta, the source of the great stream of Roman currency, has given way to the ancient . . . brick church of Santa Maria in Aracoeli. Centuries ago, church architects incorporated the ruins of the ancient temple into the new building.” 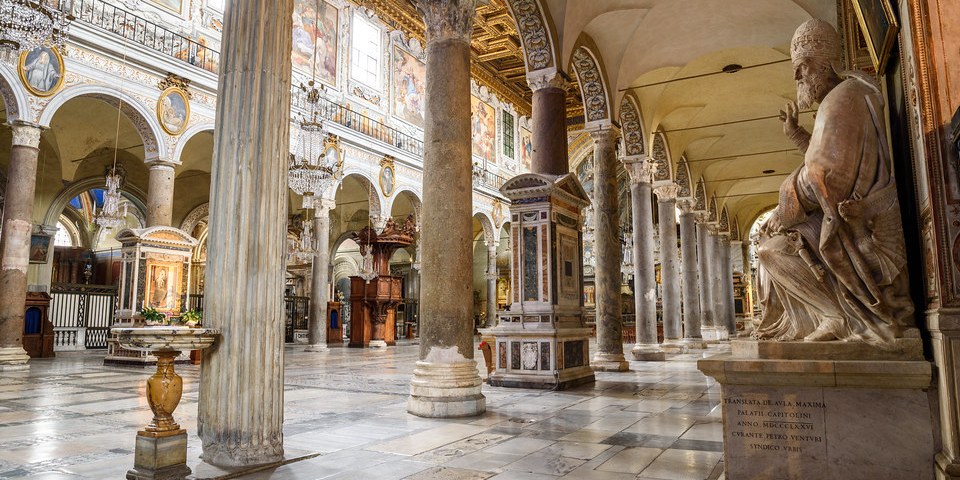 The facade of the basilica has lost the mosaics and frescoes that originally decorated it. The church is built as a nave and two aisles that are separated by Roman columns.

Moreover, inside the basilica you can see Pinturicchio’s 15th-century frescoes representing the life of Saint Barnardino of Siena in the Bufalini Chapel, the first chapel on the right. The wooden ceiling and inlaid cosmatesque floor make this church different from all other Roman churches. 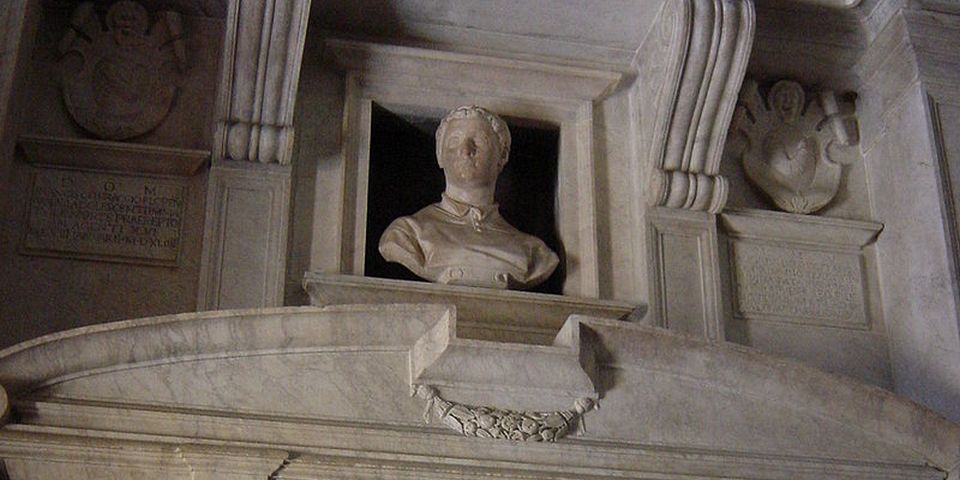 The floor is covered by tombstones of celebrated personages who made their mark on Roman history; the side aisles are lined with the chapels of memorable Roman families. A gilded ceiling, built between 1572 and 1586, commemorates the triumph of Lepanto, when the papal fleet helped put an end to Turkish naval expansion within the Mediterranean.

The main treasure of the basilica is the statue of the Santo Bambino of Aracoeli from the 15th century. In Rome, the Santo Bambino has worked wonders down through the ages. Upon request, the statue is transported to hospitals or to the beds of Rome’s sick and dying, and has been known to bring around mystifying cures. Until a few years ago the Holy Child made his charitable visits in a gilded carriage given by the people of Rome. 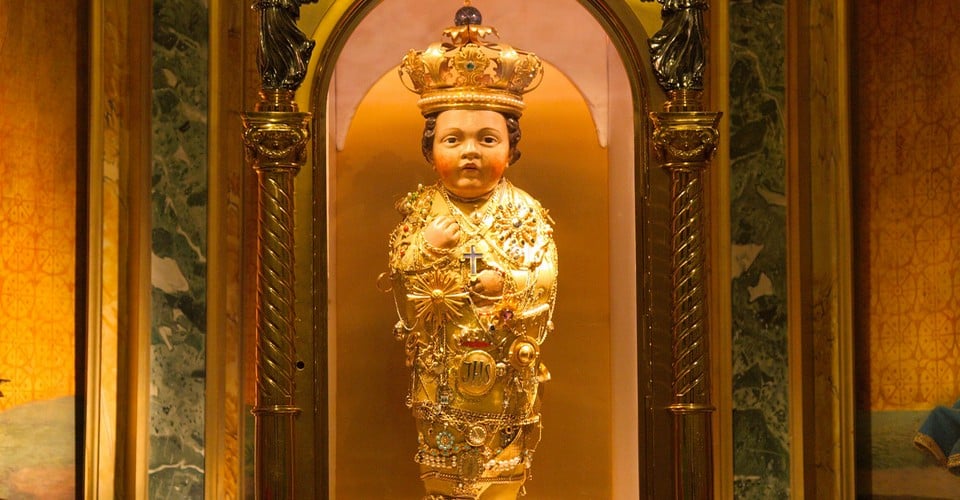