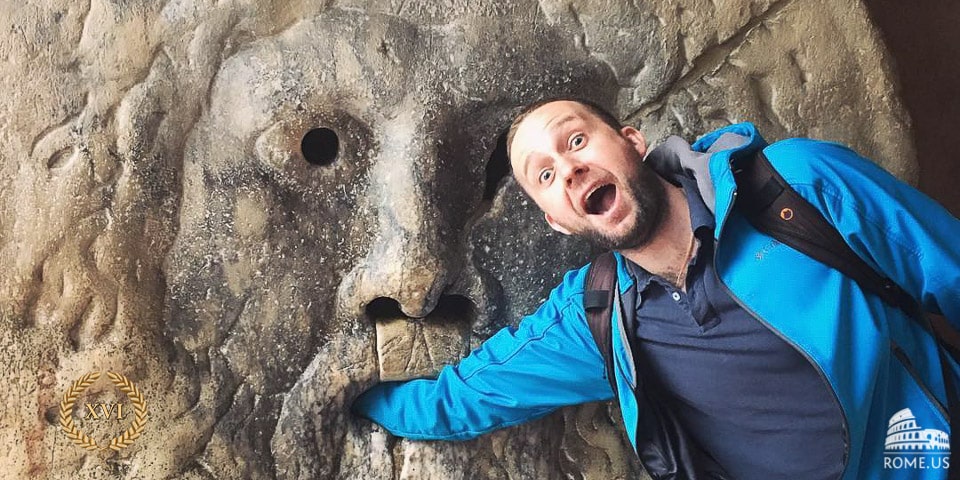 The Mouth of Truth (Italian: Bocca della Verità) is an ancient image carved in a round Pavonazzo marble (Italian: Marmo pavonazzetto) slab. The gloomy face of an unknown god is set in the portico of the church of Santa Maria in Cosmedin.

The church is on the Tiber River’s left bank, a contemporary area of ancient Roman buildings. Scientists believe that the place has an age of about 2,200 years, and the Romans are convinced that it is impossible to tell a lie under the stern gaze of the mask!

This time-worn marble disc weighs 1,200 kg (about 26400 lbs) with a diameter of 175 cm (about 5ft 9in) and a thickness of 19 cm (about 7in). The purpose of the object with prominently engraved features of a man’s face with eyes, nostrils, and mouth in the form of holes has not been still found. The most probable are versions of the decoration of the fountain or a maintenance hole cover in Ancient Rome.

The person, depicted on the disc, also remains a mystery: Oceanus, Triton, the god of the Tiber, or Faun. And these are only the most popular versions. According to the ancient Almanac of travelers “Mirabilia Urbis Romae” (11 in.), the Mouth of Truth has a mystical power of oracles. “Take your interlocutor to the mask of the Faun, and you will know if he tells the truth or lies to you.”

Legends about Mouth of Truth

In the Middle Ages, the Mouth of Truth was called a “lie detector” due to the poet Virgilio Grammatico, who, being engaged in active magic practice, believed that by doubting each other’s loyalty, husbands and wives would be able to learn the gospel truth in front of the stone face.

In the 15th century there was a legend that a female cunning could evade the Mouth of Truth. There was a thought that a woman, suspected of betrayal, has to put her hand into the mouth of the stone deity. Nothing will happen to an innocent, and a sinner will lose her hand.

Once, a frivolous wife of a Roman nobleman was subjected to trial using the Mouth of Truth. When a woman was about to put her fingers into the stone mouth, a holy fool ran out of a crowd, hugged her, and kissed her. After the insane were driven away, the trial continued. When they asked her if some other man, except her husband, had touched and kissed her, Donna pointed only at the madman. 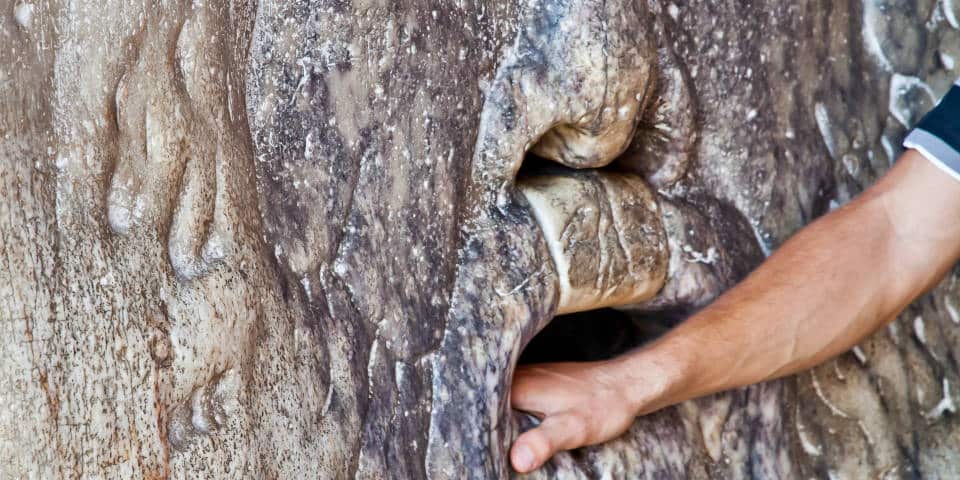 Having fearlessly put her hand into the stone mouth, she remained untouched. The judges and her honorable spouse didn’t give a thought that role of a holy fool has been played by her real lover. The name “Mouth of Truth” was assigned to the disc in the middle of the 15th century, and it was installed vertically only in 1632 by Pope Urbano VIII Barberini. At first, it was located directly in front of the church, and then – moved to the portico.

The Mouth of Truth in Art – Roman Holiday Movie

In the 15th century, Danish engraver Lucas van Leyden created a series of works named “Power of Women,” using the Mouth of Truth as one of the decorations. In English-speaking countries, the Mouth of Truth became known in 1953 due to the movie “Roman Holiday.”

Interestingly, the ancient artifact has served as the voice of truth for Gregory Peck’s and Audrey Hepburn‘s characters because they were not honest with each other.

In 2000, a scene from “Roman Holiday” was recreated in the Japanese film “Sleeping Bride” by Hideo Nakata. Also, similar references were used in the American melodrama “Only You” with Robert Downey Jr. and Marisa Tomei.

In 1968, American writer Robert Silverberg published his futuristic novel “Nightwings.” The plot leads us to the future, to the city, a science fiction projection of Rome. The climax occurs in front of the Mouth of Truth, where the main characters reveal their secrets. 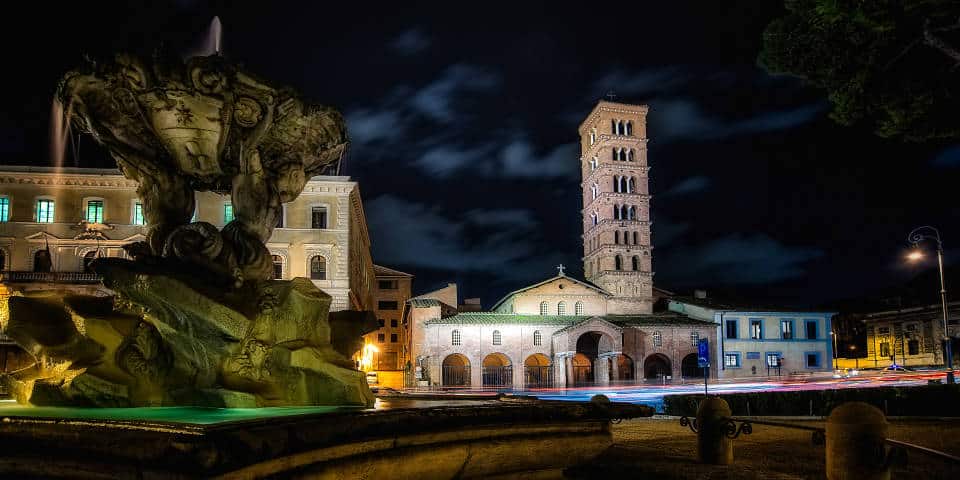 In addition, the image of the mask is used as a decoration for the electronic machine, issuing tickets with the predictions produced by the company DPS-Promatic. Mechanical oracles are famous in Italy, Britain, Spain, China, Japan, and Turkey. You also can find such an imitation of the mysterious ancient disc in the botanical parks of the United States and France.

How to get – practical information

On the map of Rome, there is another point of interest dedicated to the Mouth of Truth – the Fountain of the Tritons (Italian: Fontana dei Tritoni). It is located near the Bocca della Verità bus stop.

I have lived in Rome for over 10 years and am glad to share my experience and knowledge. I love ancient history and architecture — author of travel guides in Italy for independent travelers.