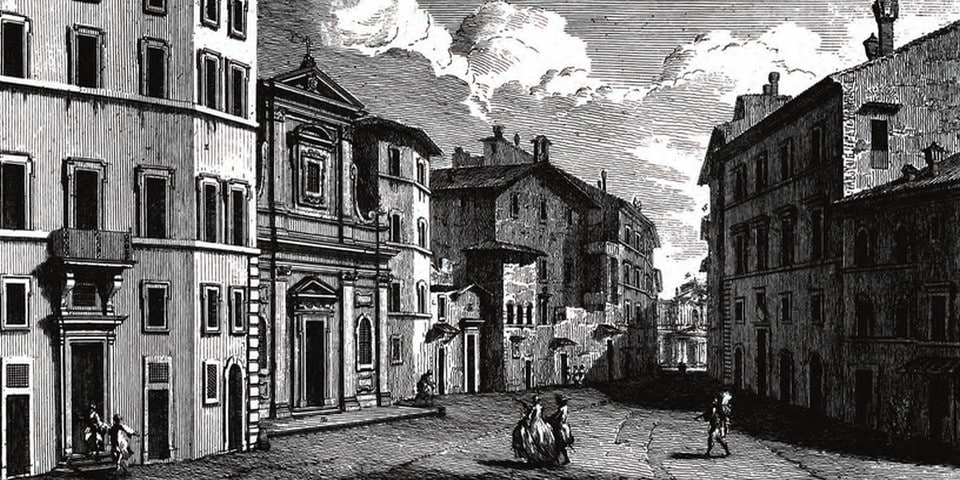 Parione is the VI rione of Rome, located in Municipio I. Its name exists from the area with huge ancient wall that most probably belonged to the Stadium of Domitianus. That wall’s nickname was Parietone (“big wall” in ancient Italian).

Named after the big wall that used to divide the district called ‘parietone’ by locals, the Parione district is of great historical importance to the city of Rome. Most of all, this is because the origins of most historical monuments of the district can be traced back to pre-Roman Empire times. 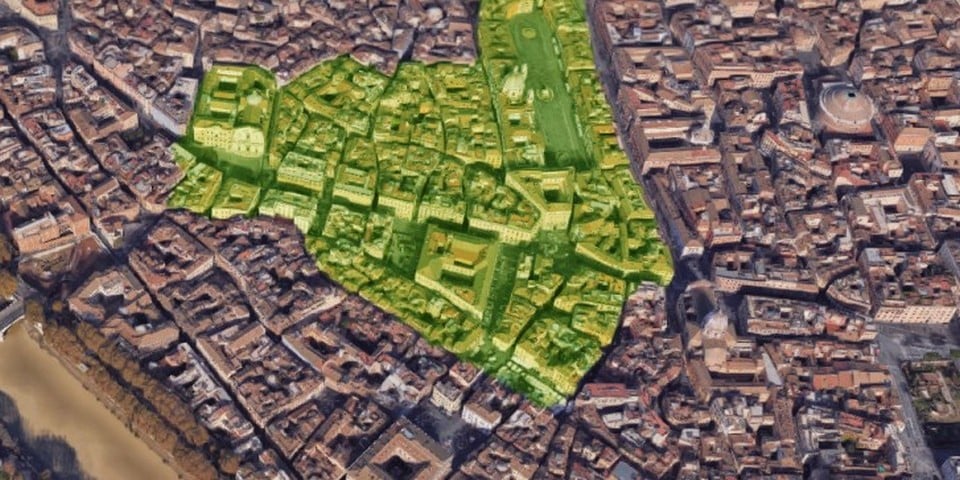 Today, Parione district is a beloved touristic spot, visited by millions from all over the world every year. Grab yourself a cone of gelato and enjoy a walk through this beautiful Roman neighborhood.

Following is the list of places to visit in Parione district: 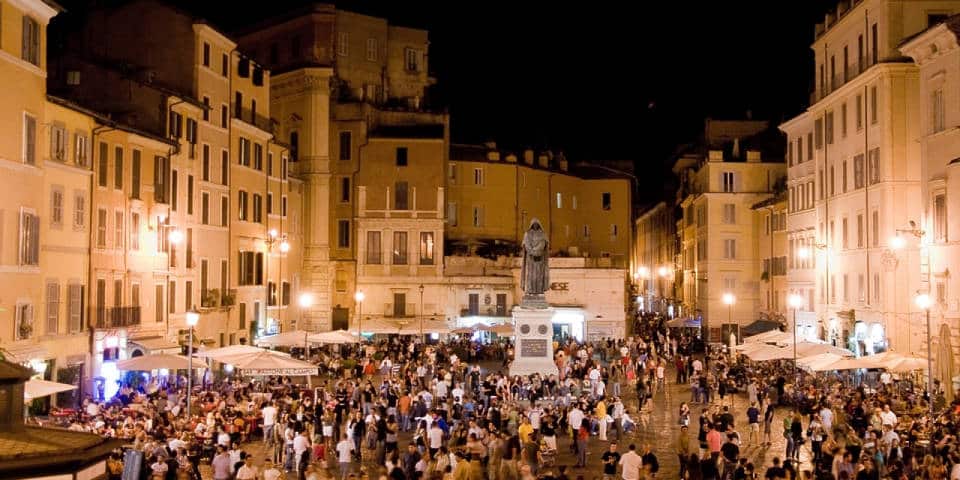 Campo de’Fiori is probably the most famous nightlife spot in the historic center of Rome. At the same time, Campo de’Fiori has a rich historical background that totally earned itself a reputation of one of the most famous Roman spots. The name of the square literally translates as ‘field of flowers’. This is because in the middle ages the whole area was a meadow covered in flowers.

At the center of the square you can see a austere statue of Giordano Bruno. Giordano Bruno was an Italian philosopher. Being accused of heresy by the Vatican, he was burned alive in the center of Campo de’Fiori on 17 February 1600. Nevertheless, today this lively square hosts farmers market during the day, where you can find local grown vegetables and fruits, as well as a variety of Italian spices and homemade oils. Around Campo de’Fiori tourists can also find a range of shops that sell Italian made leather goods and clothes. 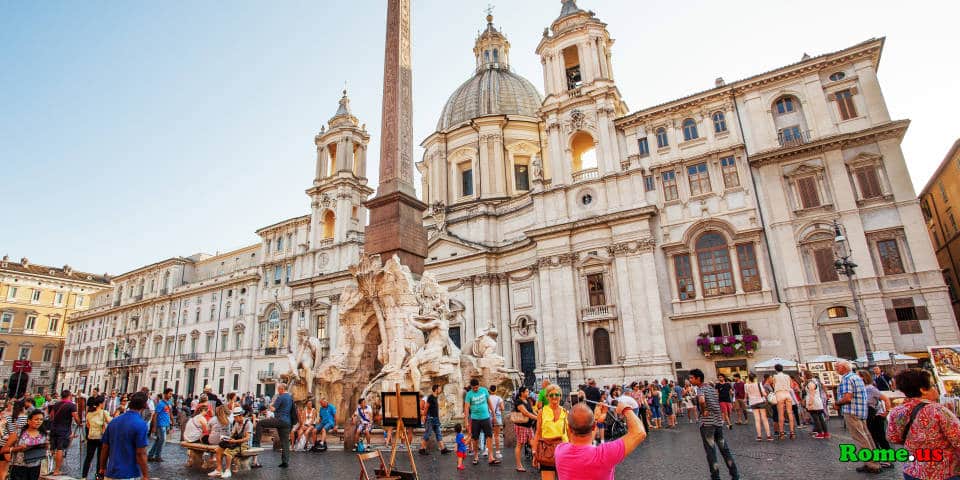 Stories about Piazza Navona can be told for hours. This is because the square hosts numerous historical spots that all worth being mentioned about. To begin with, the area of today’s square used to be an Ancient Roman athletic stadium called Domizian stadium (Stadio di Domiziano). The stadium was used for conducting different sport events. During the Middle ages the stadium was called “Campus Agonis” and soon was shortened into “n’agone”. The latter was then simplified to “navona”, hence the modern name of the square. 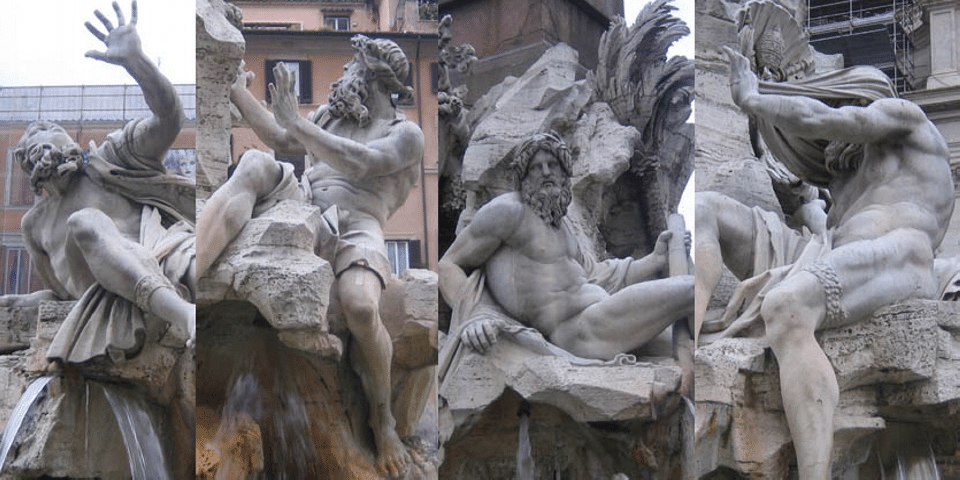 Another historical spot of Piazza Navona is the Church of Santa Maria del Sacro Cuore (Nostra Signora del Sacro Cuore). It was erected on the ruins of Domizian stadium in the 12th century. From 13th to 17th centuries, this basilica was considered a national Spanish Church of Rome. In the center of the square you can find the Fountain of the Four Rivers (Fontana dei Quattro Fiumi), with the waters of the ancient roman aqueduct. This fountain was built in 1648-51. The design and work were carried out by famous architect and sculptor Gian Lorenzo Bernini. The fountain is a graceful baroque fountain enhanced by the statues of the river Gods and Godesses that favor the Nile, Danube, Ganges and La Plata. Overall, the square usually always covered with tourists, who travelled all the way through to Rome in order to have a look at a baroque fountains and ancient temples. 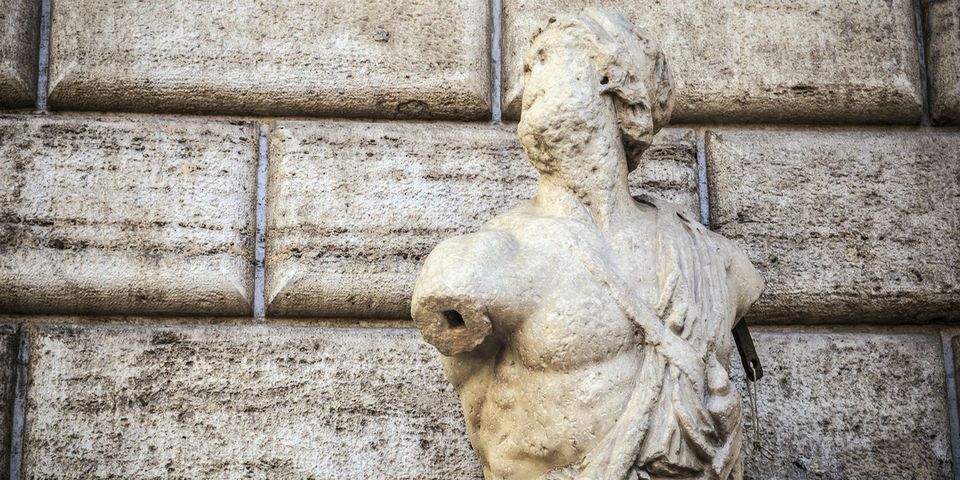 One of the first ‘talking statues’ of Rome are located on Piazza Parione, which is now known as Piazza di Pasquino. ‘Talking statues’ gained their name due to the tradition of citizens to attach anonymous notes of critique or poetry at the base of the statue. The new name of the square presumably comes from the name of an artisan near whose house the statues was found. Consequently, the pieces of anonymous messages started to be also known as ‘pasquinate’.

The area is full of amazing Italian restaurants. Here are some of them: 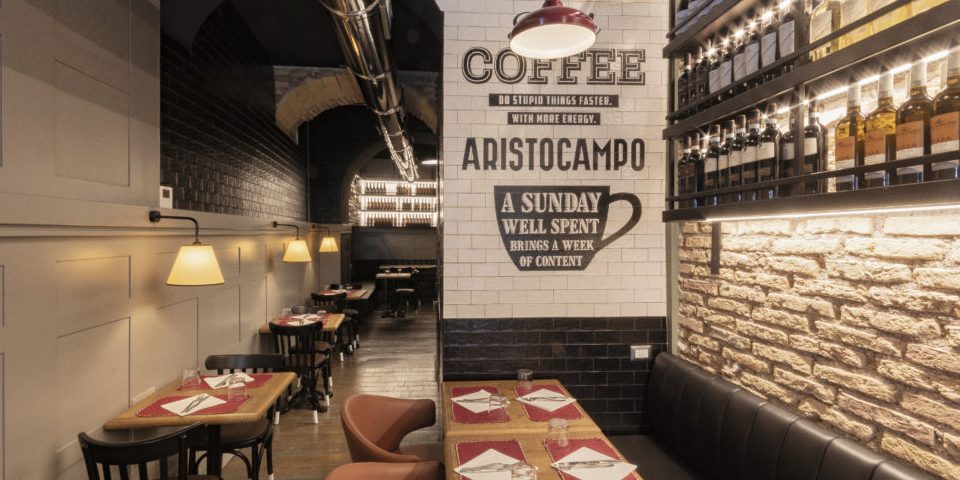 Campo de’Fiori has numerous places to eat and have fun both during the day and night. However, Aristocampo is one of the places where you can hang out the whole day. The restaurant provides visitors with some quality Italian and international food. Must be well noted that Aristocampo’s burgers are considered to be one of the best in town. 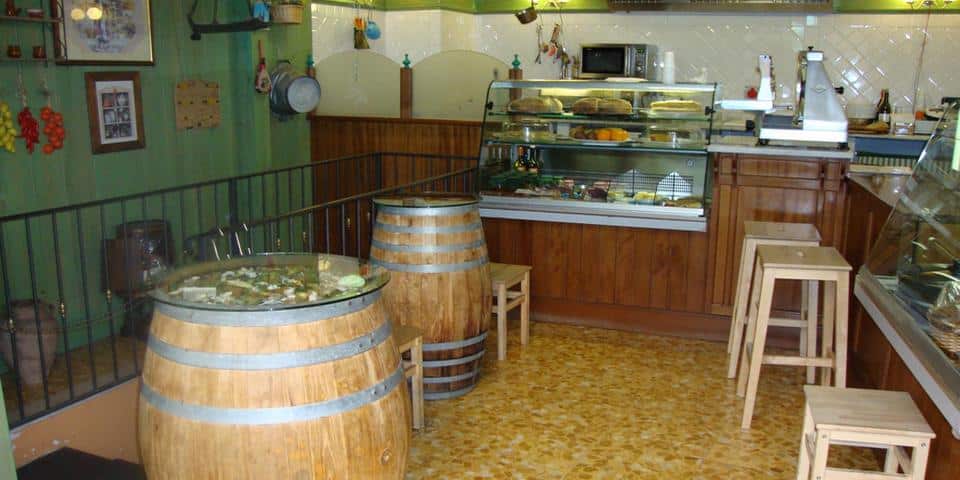 PanDivino is a lovely walk-in restaurant that offers visitors a wide range of panini choices. Being located away from all commercialised settlements this place is a true Roman gem. 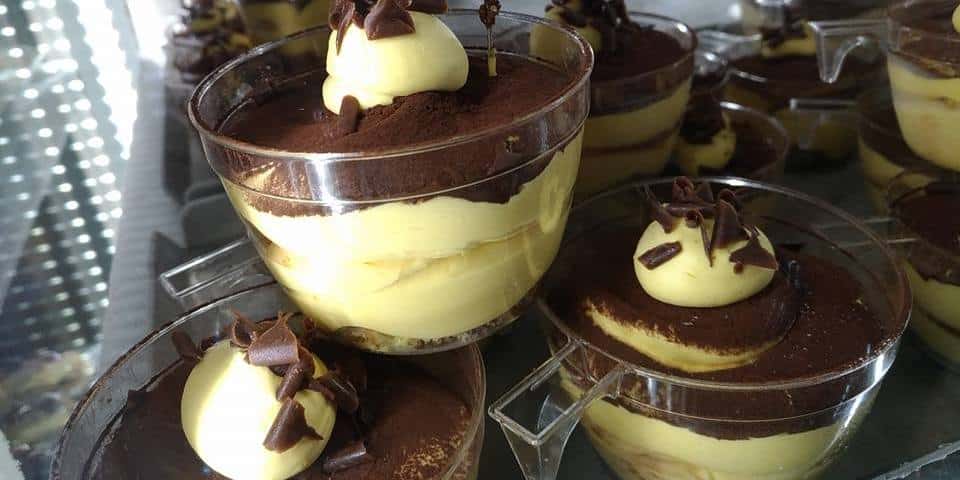 This apparently timid store next to Piazza Navona holds guaranteed food satisfaction behind the door. Two Sizes is the place to go for an authentic Italian dessert. It offers a good variety of homemade Italian creations, including the famous Tiramisu. The latter you can see being displayed in front of the store.