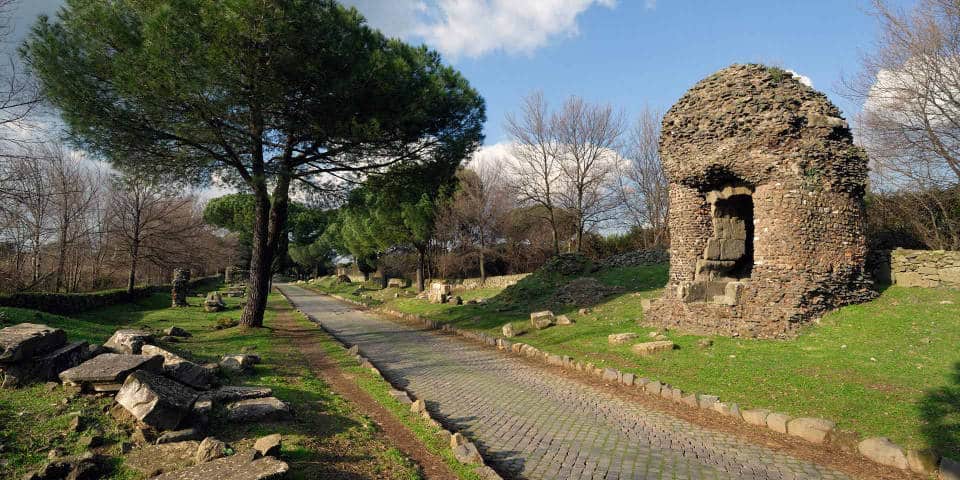 The Appian Way or Via Appia Antica in Rome is an ancient road built in 312 B.C. by Appius Claudius Caecus. The city’s gateway to the East connected Rome with Capua. It stretched from the Roman Forum 400 miles to Brindisi, where ships sailed to Egypt and Greece, and it served as a military and economic artery. Today, it is one of the best sites to enjoy the sunny Roman day by stepping back in time.

The road was named after Appius Claudius Caecus, the Roman censor who began and completed the first section of a military road in 312 B.C. The road was constructed to create fast communication between Rome and Capua near Naples.

The Appian Way began at the Circus Maximus and passed along the Baths of Caracalla, eventually, the Aurelian Wall. Its distance was 132 miles, and it took 5 to 6 days to pass it. Talking about the first line, it stretched for 30 miles between Rome and Terracina. Moreover, the Appian Way was revolutionary for that period and was the first Roman road to feature lime cement. 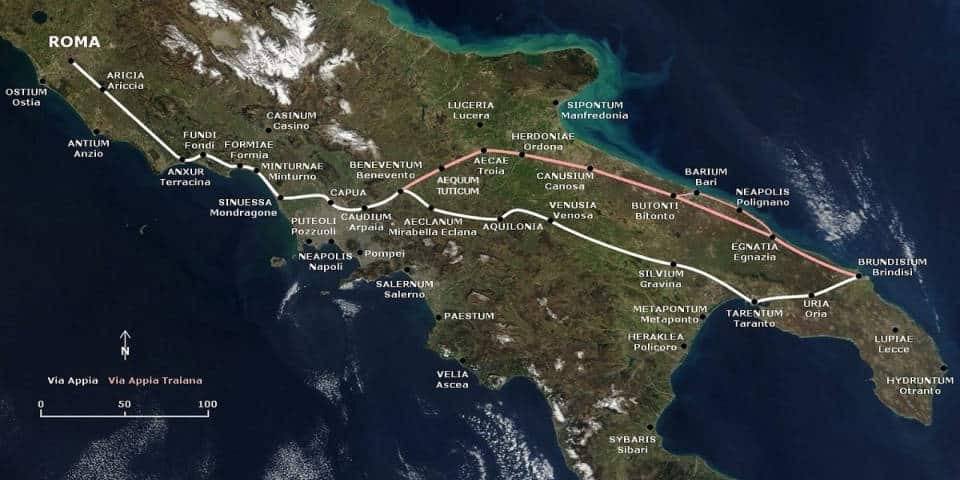 The entire road is made of large slabs of stone

The part of the Appian Way is now called Via Sacra or Sacred Way, which begins at Capitoline Hill. The road borders Palatine Hill and Circus Maximus.

The crucifixion of Spartacus

In ancient times, it was forbidden to bury the dead on the territory of Rome, and they were planted along the roads out of the city. Famous people were buried in tombs for themselves or for the whole family.

However, besides numerous tombs alongside the Appian Way, there are also monuments such as the Christian Catacombs, the Temple of Hercules, the Church Quo Vadis (Saint Peter met Christ there), remains of the gothic Church of San Nicola, and tombs of San Sebastian, San Domitilla, San Callixtus, and the tomb of Cecilia Metella. Moreover, the Circus Maxentius is near the tomb of Romulus, which is one of the most preserved Roman circuses. Gallienus and Geta Roman Emperors were buried there.

In 73 B.C., a slave revolt appeared against the Romans under the ex-gladiator Spartacus

He managed to defeat many Roman armies in two years of conflict. Still, when he tried to escape, Spartacus moved his forces in the Apulia/Calabria trap and was pinned between Legions from the whole Empire. Romans considered his defeat as a loss of the right to life for the slaves. Later, in 71 B.C., 6 thousand slaves, including Spartacus, were crucified on the 200-kilometer of the Appian Way from Rome to Capua.

Below the Appian Way, you can find miles of tunnels, known as catacombs, where early Christians were buried, and during the times of persecution, hidden churches held services. The most famous of them is the Catacomb of Callixtus and the Catacomb of Saint Sebastian. 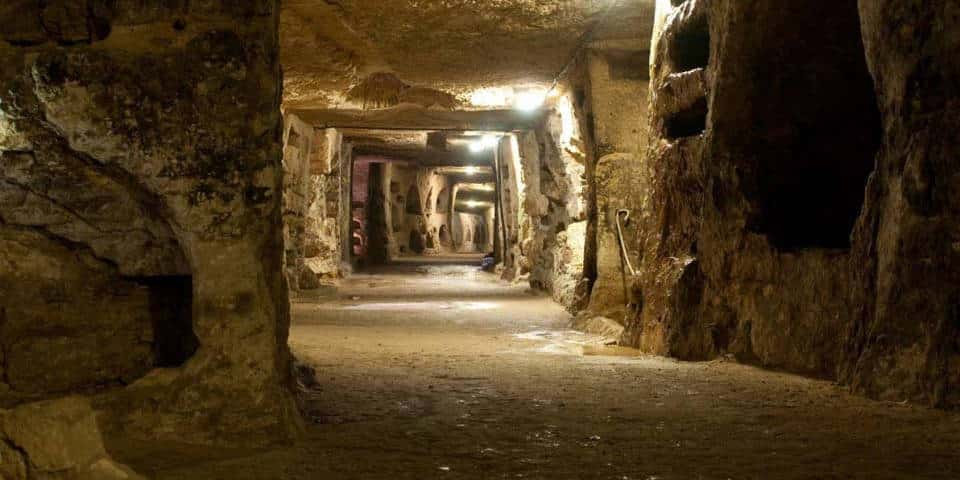 Parco Regionale dell’Appia Antica or The Appian Way Regional Park is on Via Appia Antica and is a colossal old park owned by different individuals. This area is occupied by farmers whose income goes from agriculture. It is famous for its ancient treasures, ruins, and archeological remains. Moreover, there are old churches and catacombs such as Annia Regilla and Tomba Tomba. Other famous sites are Villa dei Quintili, Caffarella Valley, Farnese, Tormacrancia, Circo di Massenzio, and Via Latina.

The park is around 3400 hectares and protected since 1988

There are bicycles available for rent and restaurants to stop at for lunch/dinner. Moreover, there are more than 70 kinds of animals in the park. Among them, you can meet rabbits, frogs, foxes, salamanders, turtles, and other species. 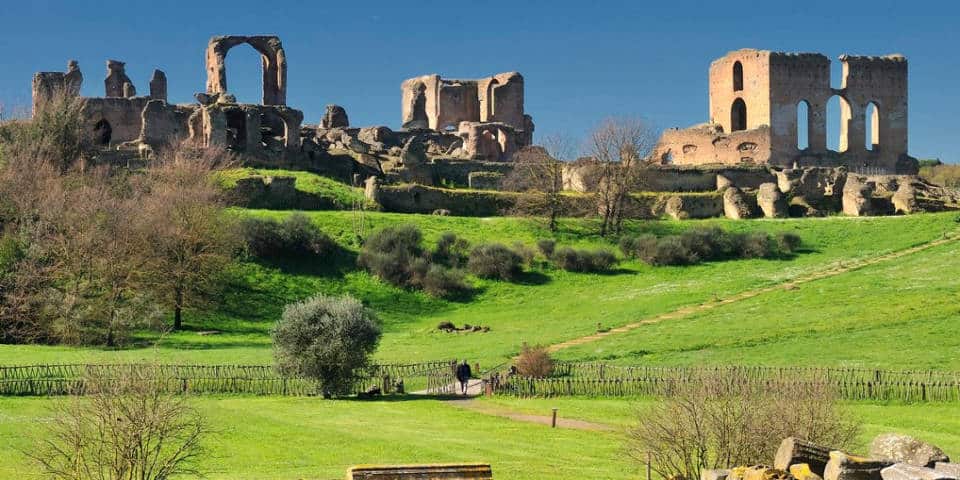 How to get and Opening Hours

The Tombs of Via Latina are mainly from the 2nd century A.D., located along a stretch of the old Roman road of Via Latina, within the Regional Park. The tombs were discovered in 1857-58. Its excavations were maintained by Pope Pius IX.

The Caffarella Park is bordered on the northern side by the Via Latina and on the southern side by the Appian Way. It begins from the Aurelian Wall up to the Via del’Almone. There is a working farm with 78 species of birds and other animals. Herodes Atticus was a Greek who became a senator of Rome and married Annia Regilla, acquired the land of a large estate known as the Triopius, which occupied much of the area. There you will find the tomb Annia Regilla and the Nymphaeum of Egeria.

The Parco degli Acquedotti is a public park of around 240 hectares. It is named after the aqueducts that split it, the Aqua Felix and the Aqua Claudia. Also, there you will find the remains of the Villa delle Vignacce. 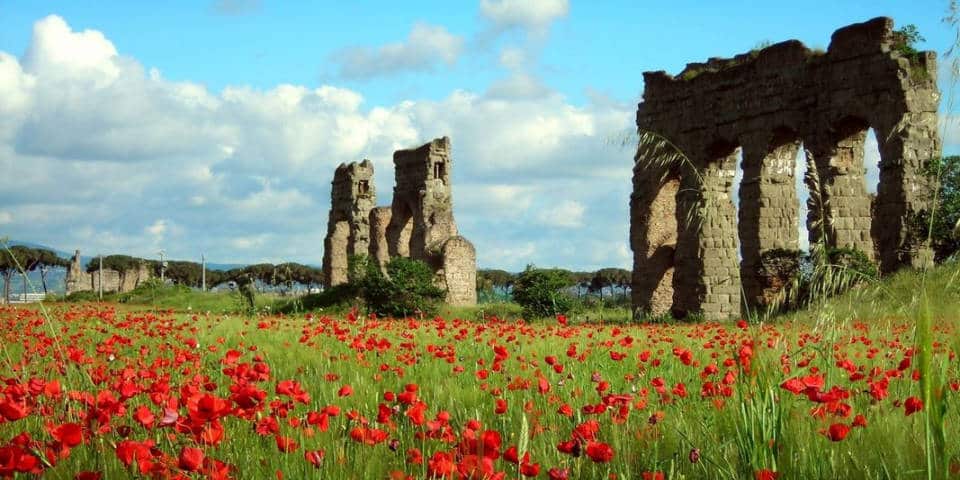 Six Roman aqueducts go to Rome through the Tor Fiscale Park. Over the centuries, it was a famous encampment from armies that tried to invade Rome as it was on the Via Latina, very close to the Appian Way.

The Villa of the Quintilii (Villa dei Quintili) is an ancient Roman villa located on the fifth mile of the Appian Way. It was constructed by the brothers Sextus Quintilius Maximus and Sextus Quintilius Condianus during the 2nd century. Moreover, the villa contained a thermae fed by its aqueduct and a hippodrome from the 4th century.

It is quite easy to get to the Appian Way, using public transport. You need to: 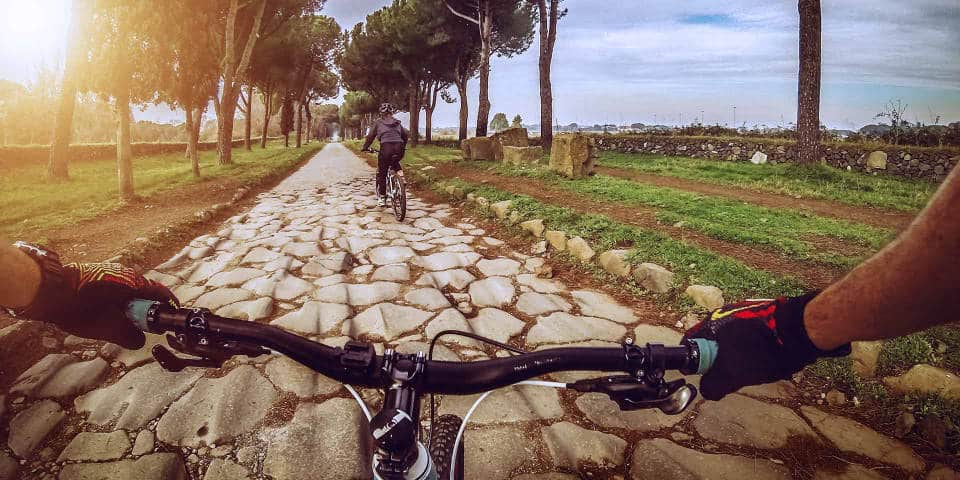 Moreover, there are many tour options available to the Appian Way.

Undoubtedly, it is worth visiting the Appian Way. The road is full of history and represents ancient times. It would be an excellent choice for a day trip in the sunny weather, discovering Roman ruins, monuments, and catacombs and taking beautiful photos.