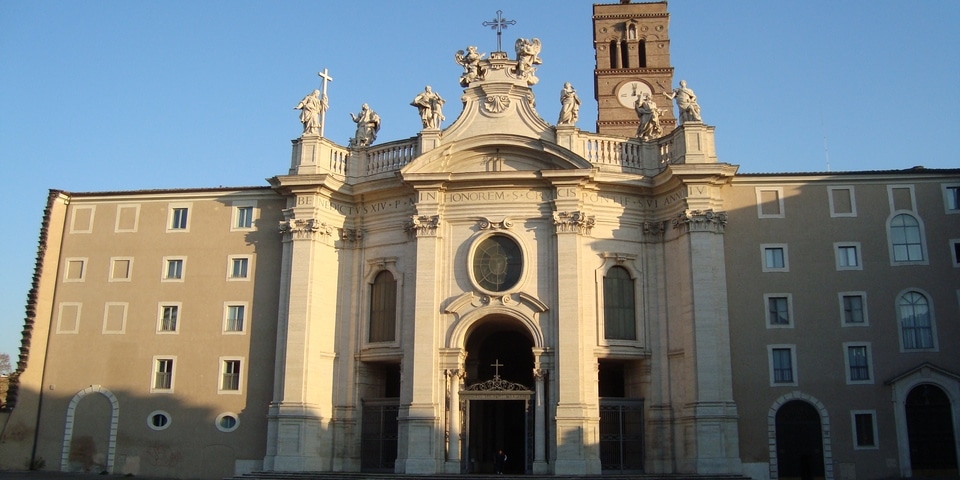 The Basilica of the Holy Cross in Jerusalem or Basilica di Santa Croce in Gerusalemme (Latin: Basilica Sanctae Crucis in Hierusalem) is a Roman Catholic minor basilica and titular church in Esquilin district, close to the Aurelian Walls.

It is one of the Seven Pilgrim Churches of Rome

The Esquilino, during the rule of Emperor Augustus, was a residential area. Later, in 3 AD, it was chosen by the Severan Emperors to create the imperial residence, which included a palace, a Circus (Circo Variano), and the Castrense Amphitheatre, later included in the Aurelian Walls, built between 271 and 275.

Emperor Constantine decided to restore the imperial residence and gave it the name “Sessorium.” Consequently, when the Emperor moved to Constantinople, the residence became his mother’s property, Helen. The construction was changed, and the chapel, which contained the relics of the Cross found by Saint Helen on Mount Calvary, became the nucleus of the Basilica of the Holy Cross. Initially, it was named the Basilica Eleniana or Sessoriana. At the beginning of its existence, the basilica was covered with soil from Jerusalem, thus acquiring the title of Hierusalem.

The most recent Cardinal Priest of the Titulus S. Crucis in Hierusalem was Juan Jose Omella, since 28 June 2017

In the 8th century, the basilica was restored by Pope Gregory II and Pope Hadrian I. Later, in the 10th century, Lucius II restored it following the Romanic style. As a result, the church became a three naves building with a porch and a bell tower. Moreover, the Cosmatesque pavement dates from this period. 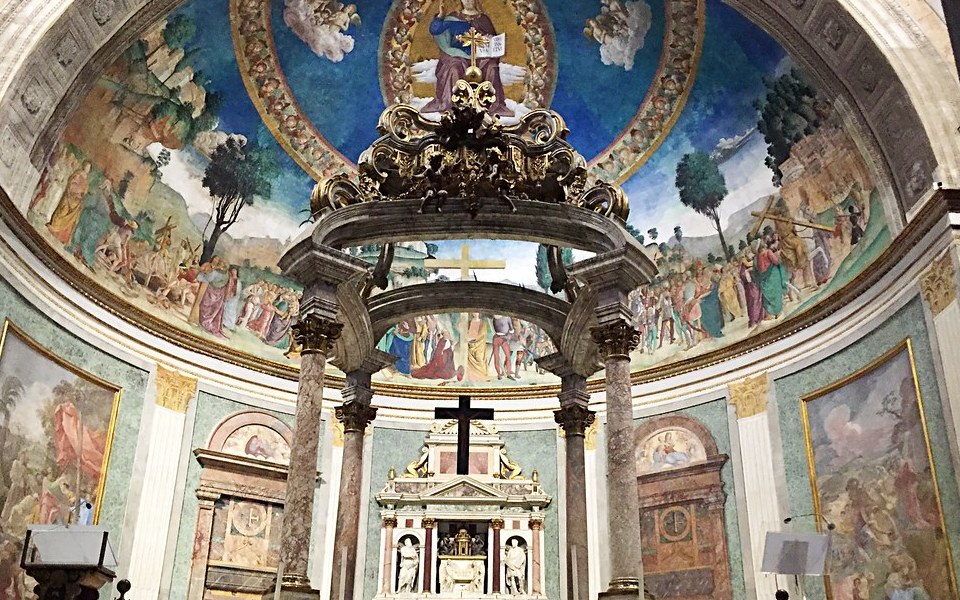 In the vault, there is a mosaic by Melozzo da Forli depicting Jesus Blessing, Histories of the Cross, and various saints. The altar has a huge statue of St. Helena, which was obtained from an ancient statue of the pagan goddess Juno found in Ostia.

Later, in the 16th century, the basilica changed again, but it assumed its current Baroque appearance under Pope Benedict XIV (1740-58). Finally, in 1601, Peter Paul Rubens finished his first altarpiece commission by Archduke Albert of Austria, St. Helena, with the True Cross for the Chapel of St. Helena. Nowadays, two commissioned paintings, St. Helena with the True Cross and The Mocking of Christ, are now in Grasse, France, while the third, The Elevation of the Cross, was lost.

There are no documents describing the foundation of the church. The first reference is from the year 501, and reads Hierusalem basilica Sessoriani palatii, showing that the official name of the church back then was  “Jerusalem”. The present name of Santa Croce was given to the church in the Middle Ages

Today’s appearance of the building dates back to the 18th century. The architects Pietro Passalacqua and Domenico Gregorini, by the desire of Pope Benedict XIV, titular cardinal of the church, changed the interior and exterior of the basilica, creating an elliptical atrium and replacing the medieval facade with a travertine one.

In 2011, the Cistercian abbey linked to the Basilica was suppressed by a decree of the Congregation for Institutes of Consecrated Life and Societies of Apostolic Life, following the results of an apostolic visitation prompted by years of serious problems, including significant liturgical disputes 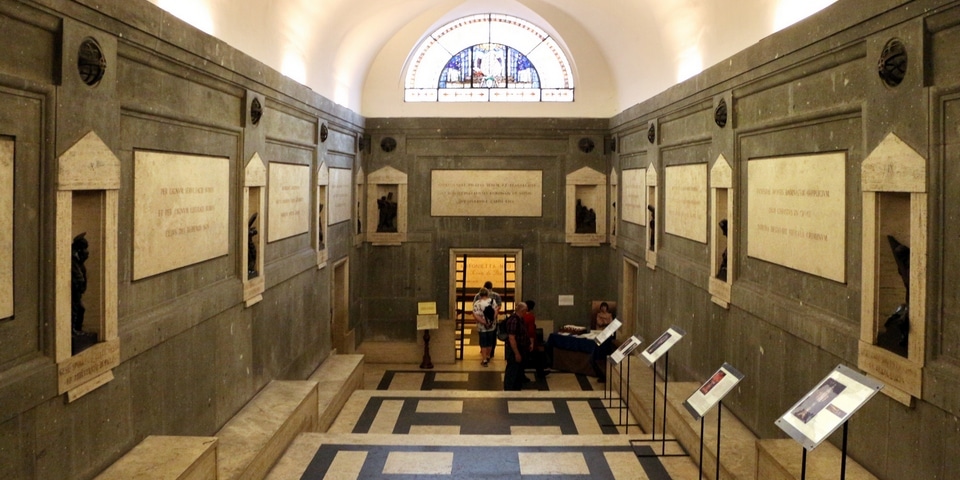 Cappella delle Reliquie contains famous relics of disputed authenticity. Architect Florestano Di Fausto designed it in 1930. The chapel includes part of the Elogium or Titulus Crucis, two thorns of the Crown of Thorns; part of a nail; the index finger of St. Thomas; and three small wooden pieces of the True Cross. In 1629, a larger piece of the True Cross was moved to St. Peter’s Basilica, which is located near the statue of St. Empress Helena nowadays.