The Aurelian Walls (Le Mura Aureliane) in Rome were built in the third century A.D. and are about 19 kilometers long. Works began by Emperor Aurelian during a time of insecurity throughout Italy and the empire. Fortification walls were restored several times in antiquity but are still well-preserved. Moreover, they had 17 significant gates and several smaller openings.

After five centuries of unopposed domination, Emperor Aurelian (270-275 A.D.) decided that the city needed a defensive wall to protect it against invaders as the barbarian tribes near the northern borders of the Roman Empire. 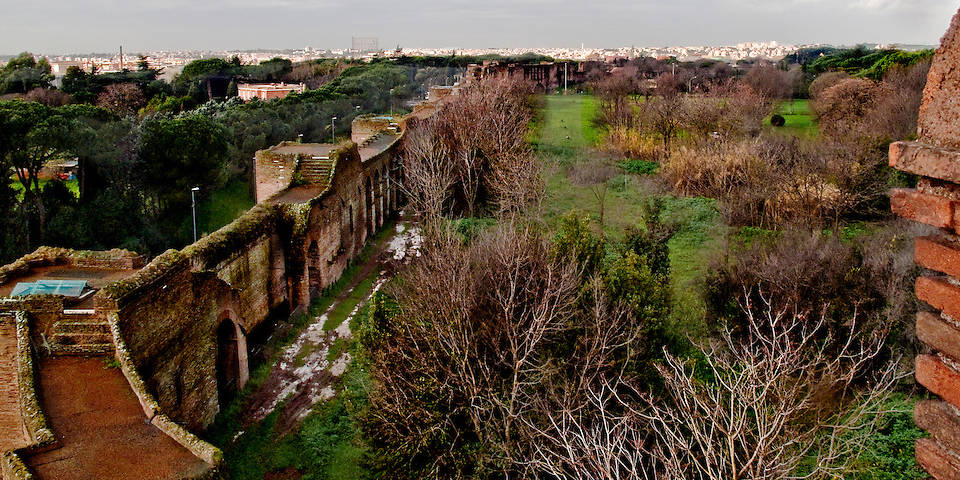 From the first century B.C. until the third century A.D., Rome’s military forces were powerful and the city didn’t need a protective wall

However, a small number of soldiers were tasked with patrolling the fortifications, and the Aurelian Walls helped protect the city until the 19th century.

Building of the Wall

Initially, the Aurelian Walls were 19 kilometers long (12 miles) and 6-8 meters high (20 feet). The wall included a square tower of about 30 meters (100 feet). Moreover, it was completed by Probus, the successor of Emperor Aurelian. 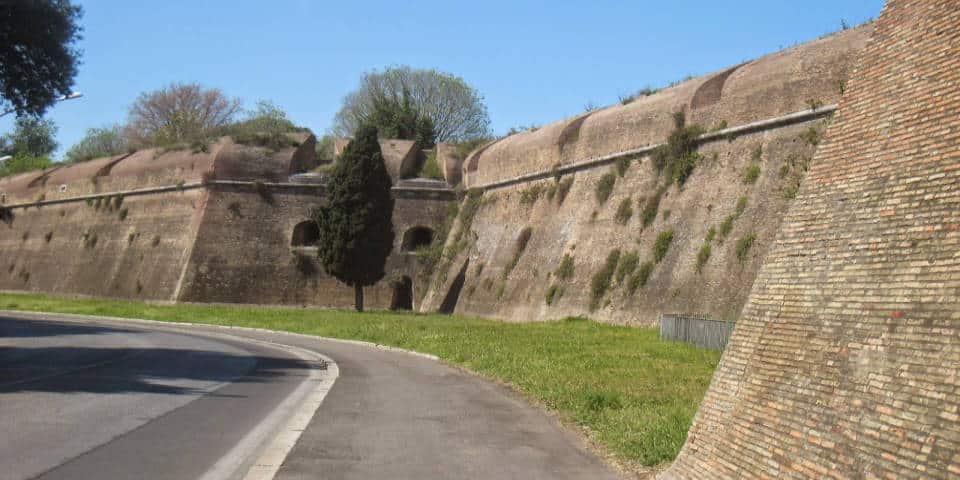 Several significant monuments and buildings are incorporated into the structure. These buildings include Castel Sant’Angelo, Amphitheater Castrense, the Pyramid of Cestius, and a section of the Aqua Claudia aqueduct.

The inscriptions attest to the restoration of the wall by Arcadius and Honorius in 403 on the Portae Portuensis, Praenestina, and Tiburtina. Moreover, repairs by Theodoric and by Cassiodorus are attested by brick stamps. 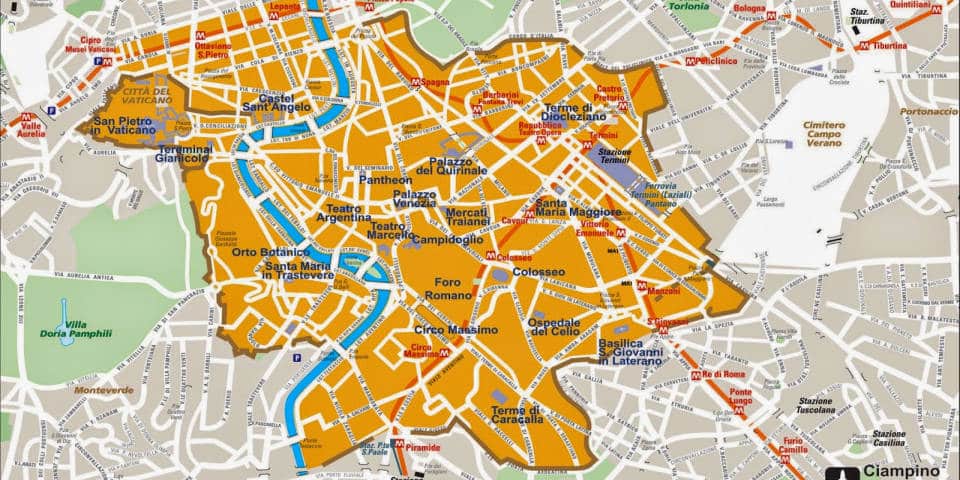 Nowadays, the Aurelian wall is the largest ancient monument in Rome. Also, walls are still used as a boundary of the historic center. 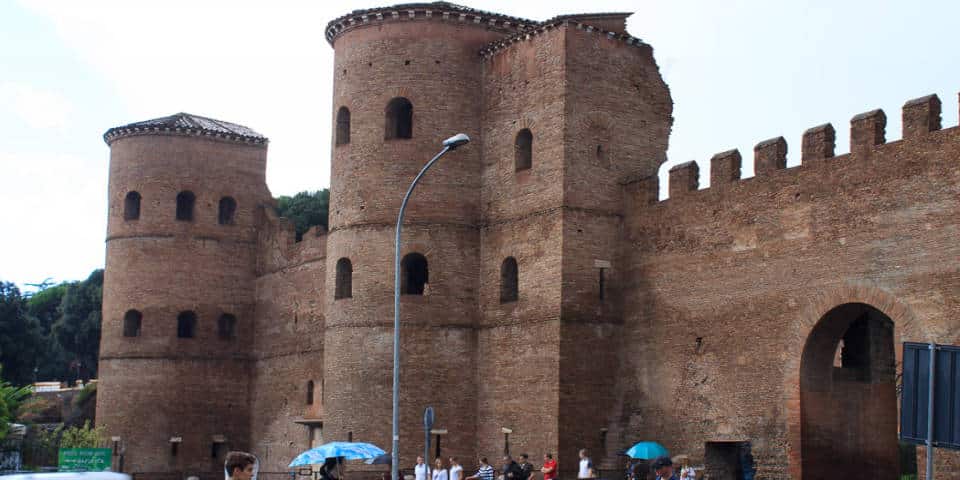 There is the Museo delle Mura near the San Sebastian Gate, where you can learn more about the history of the wall. Some of the most monumental gates are the Porta Maggiore and Porta Asinaria. Unfortunately, Rome’s walls are not walkable because of their structure and security reasons. However, it is possible to follow the primary set of walls along their original perimeter.

Today, Rome’s guests are familiar with the Aurelian Wall boundaries because it is used by taxi drivers as a perimeter for different fare levels. You can read more about the taxi fares here. Also, you can use our taxi calculator.

It is worth saying that the Aurelian Wall is one of the most significant, extensive, and ancient monuments of the Eternal City. Nowadays, the central part of the city is measured by this wall, and you can see it from several parts of Rome.