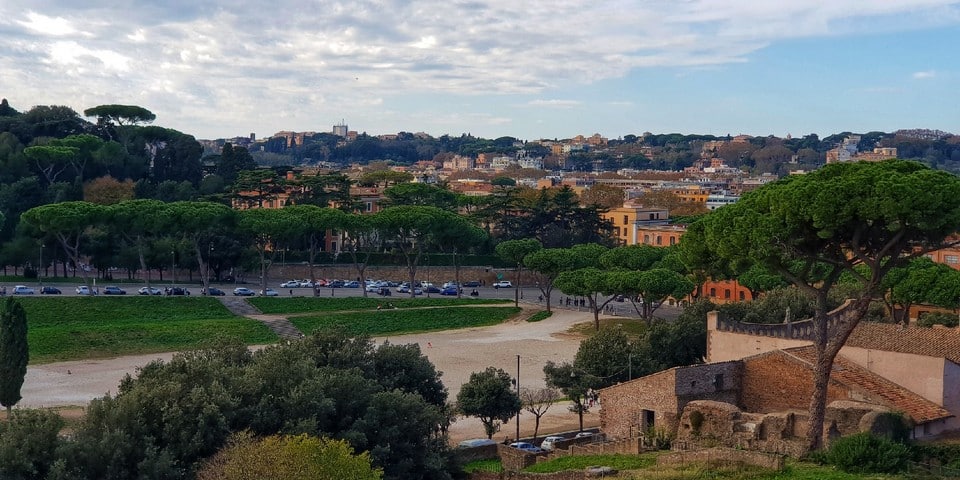 Aventine Hill (Aventino) is one of the most majestic places to visit during your vacation in the Italian capital. You will appear in the atmosphere of tranquility, greenery and amazing panoramic views.

The legend recounts that Romulus had the plan to build a city on the Palatine Hill and his brother Remus thought the Aventine Hill was the better place to construct a city. According to the myth, the disagreement of brothers led Romulus to kill Remus. Then, he started to build Rome on the Palatine Hill. Moreover, the Aventine Hill wasn’t included in the wall of the Ancient City.

The southernmost of the seven hills was the slope where plebeians used to live. At that point, within the Imperial Period, an alter happened. The hill got to be the home of patricians and aristocrats and it gets to be the new center of the city due to the small harbour on the Tiber side.

The hill was named after Aventin Silvius (Aventinus Silvius) – the king who ruled after Romulus. At first, the hill was not populated, but as the city grew, it quickly became overgrown with structures. In the days of the Republic, it was a very densely populated area. Mostly plebeians and slaves lived there.

On Aventino, temples were dedicated to Diana, Mercury, Flora – the gods, widely revered by the lower classes

Amid the Fascist period, numerous deputies of the opposition resigned on this hill after the murder of Giacomo Matteotti, here finishing – by the so-called “Aventine Secession” – their presence at the Parliament and, as a result, their political activity. The hill is presently an exquisite private part of Rome with a wealth of structural interest, counting palaces, churches, and gardens, for example, the basilica of Santa Sabina and the Rome Rose Garden.

Here’s the list of places to visit on the Aventine Hill: 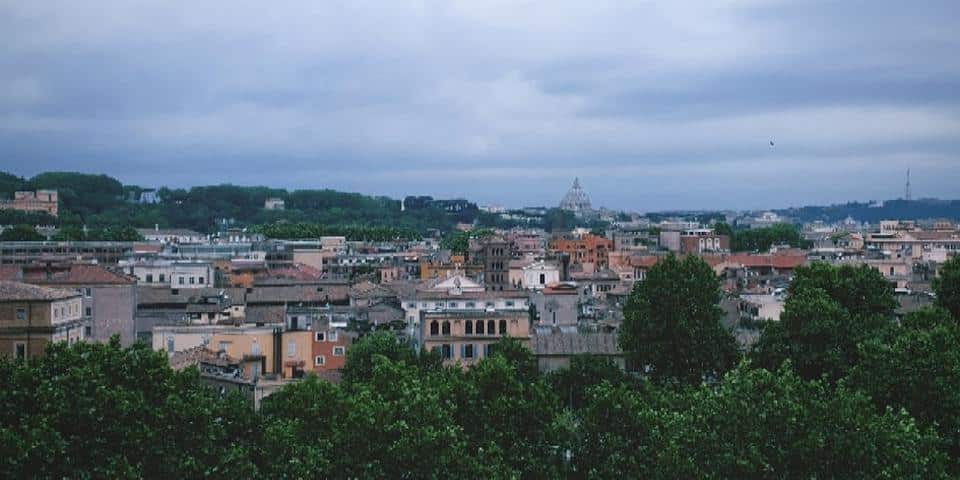 The Orange Garden (Giardino degli Aranci) is considered one of the most romantic places of Rome. It has one of the most beautiful observal decks with views on the Eternal City and Vatican. Moreover, there are many orange trees and the romantic atmosphere is usually accompained with music played by local street musicians. Don’t be surprised if during your visit to this charming park someone will make a proposal to his second half because the Orange Garden is like a magnet to all couples and companies of friends who want to enjoy their time in such a wonderful atmosphere without being in a hurry. This place is especially good for visit during early morning or sunset time. 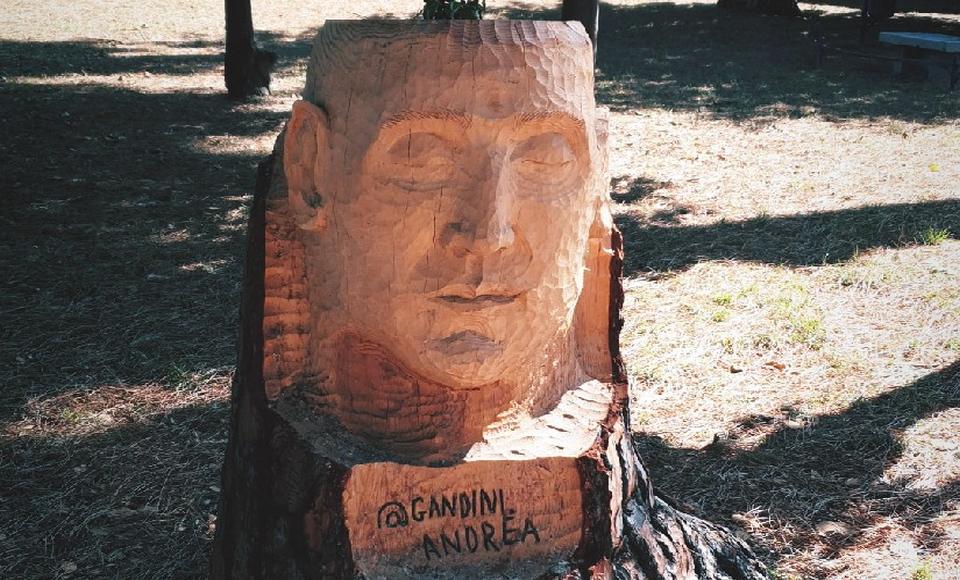 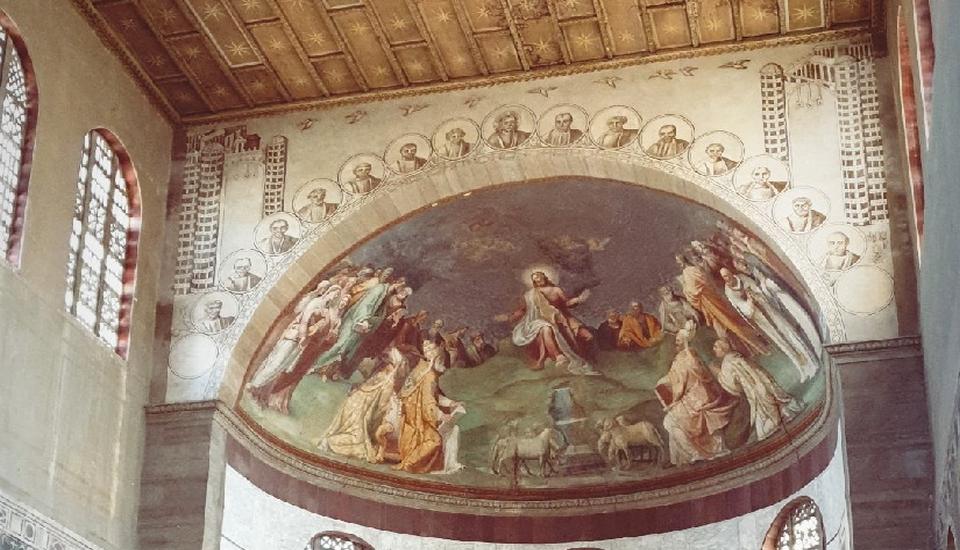 The Santa Sabina Church (Basilica di Santa Sabina) is the most important and famous church on the Aventine Hill. It is a construction from the 5th century, which is an amazing example of a Paleo-Christian church. Moreover, the building was constructed on the place where house of the Roman martyr Sabina was previously located. Inside the church you will find rests of ancient mosaics. Moreover, on the left side of the church is a huge wooden door which is carved with some biblical scenes of the Old and New Testament. In previous centuries, it was used to divide the embodiment of the Old Testament from the One of New Testament, but this door is the first example of no dividing representation between them. Later, this technique was re-used for the Sistine Chapel in the Vatican Museums. 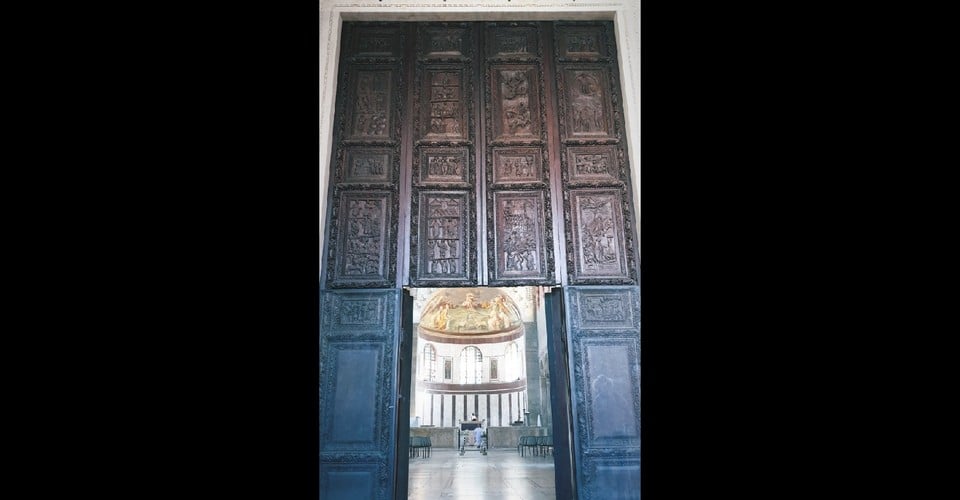 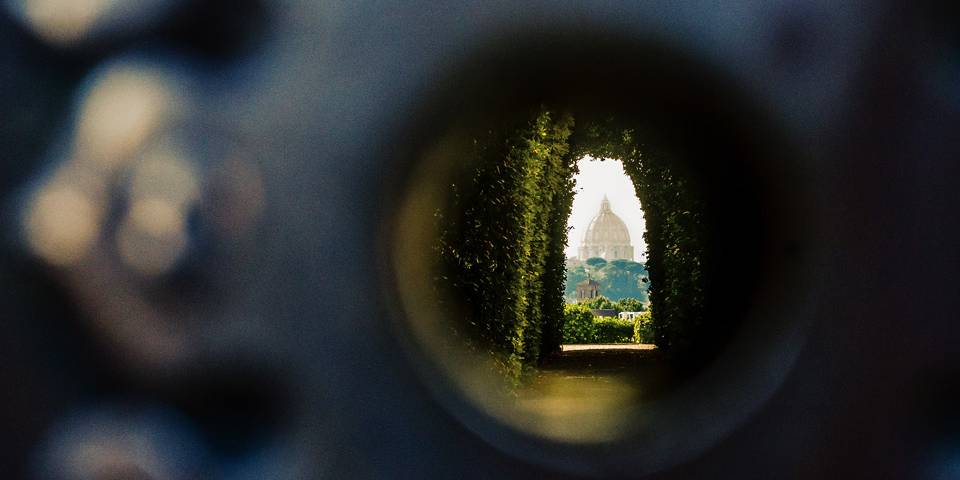 The Malta Keyhole is one of the most popular points of interest of Rome. Moreover, there are thousands of postcards made with a view that you can see through this majestic keyhole. In reality, this is a unique opportunity to see the territory of the three governments at the same time: Malta, Italy and the Vatican. It is located in the doors of the Priorato dei Cavalieri di Malta (Priory of the Knights of Malta), right next to the basilica di Santa Sabina. 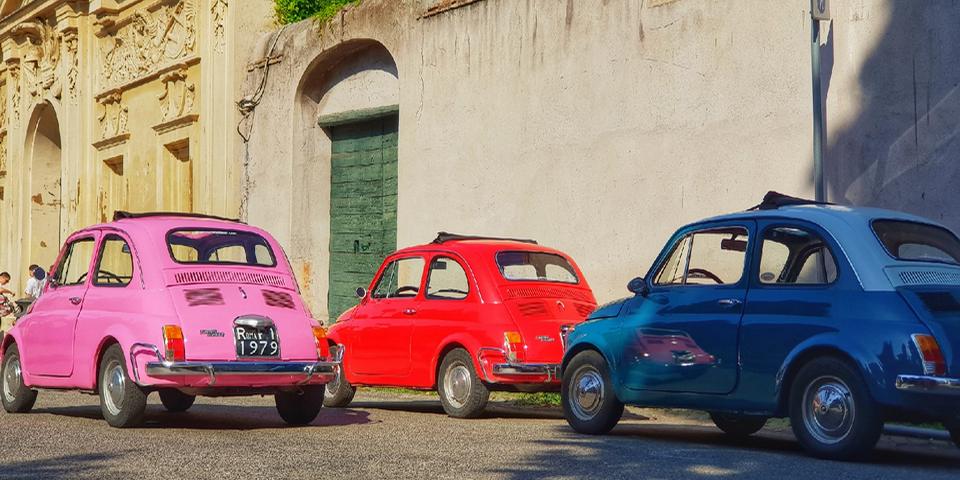 In spite of the fact that many families and organizations have laid claim to the land on Aventino, Pope Paul II allowed this piece of property to the Knights of Malta within the moment half of the fifteenth century. The Knights of Malta state their independence as a political state, in spite of the fact that they don’t in fact have any locale other than the land on Aventino. 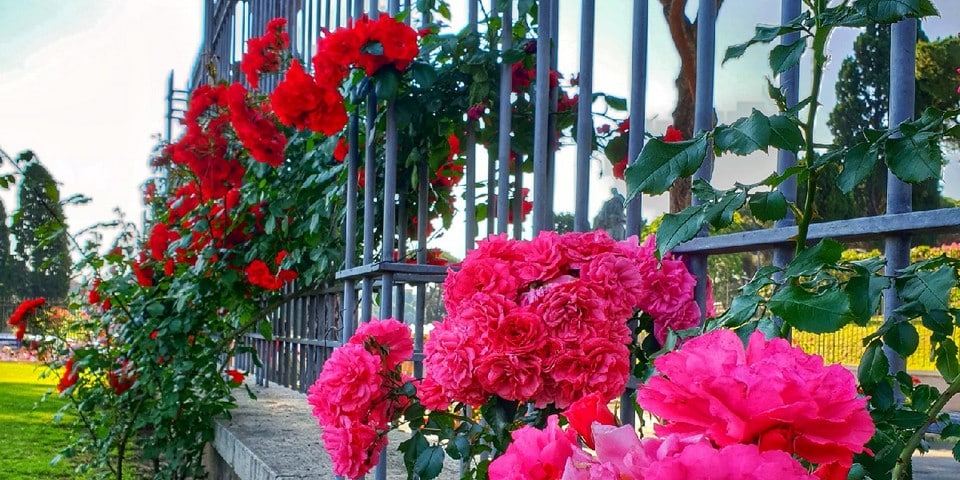 The Municipal Rose Garden of Rome (Roseto Comunale) contains more than thousand of different types of roses. It is opened usually from the beginning of May until mid of June, when most species of roses start flourishing. From the garden you can enjoy views on the Baths of Caracalla and Circus Maximus from a panormaic view. Moreover, each rose has its own name and you will find small nameplates near each kind of rose with details about its origin. 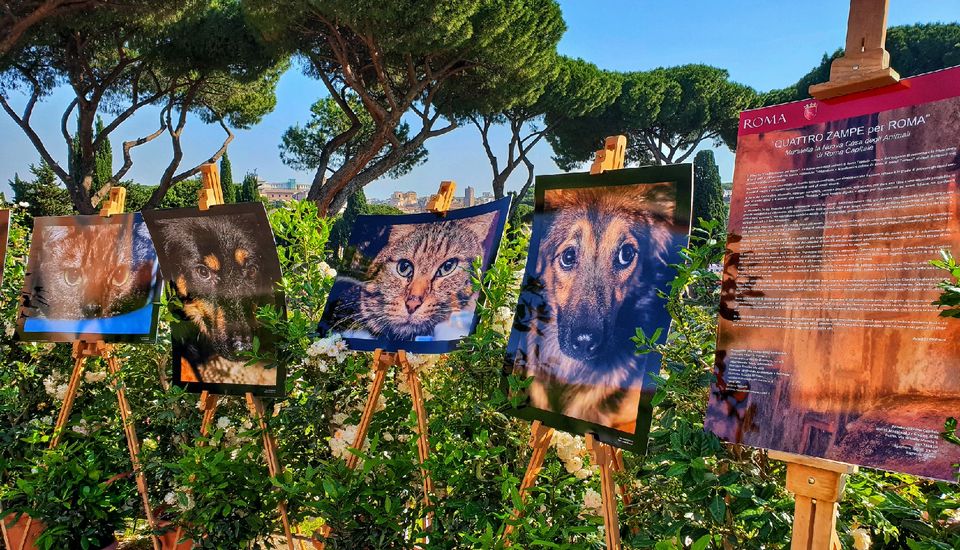 This location hosted the Jewish cemetery until 1895, when it was decided to move all graves to Verano cemetery

The garden is a quiet place where you can come to relax and enjoy sunny weather. Moreover, each year there is a contest for the most beautiful rose!