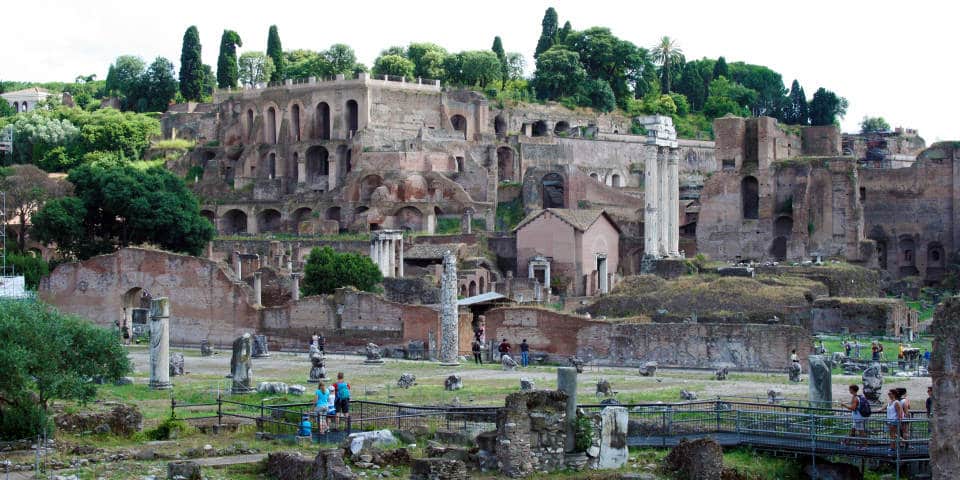 Palatine Hill, or Italian Monte Palatino, is located over the Roman Forum and the Circus Maximus. The city of Rome was founded here and your visit to the Eternal City can’t be completed without an exploration of its impressive history. Moreover, it was the center of the most important legend of Romulus and Remus. The Palatine is a green area with wildflowers among the ruins and beauties of the Farnese Gardens. Also, there you will find many panoramic views of Rome.

The price of tickets for the hills is 18 euros (+2 euros reservation fee), which includes admission to the Colosseum and Roman Forum. There are 3 options to make a reservation and visit Palatine Hill:

The significance of the Palatine Hill is that the Roman Empire was founded there under the direction of Romulus. It is the site of the Lupercal Cave, where according to the legend, Romulus and Remus were found by the she-wolf Lupa who raised them. Now it is a symbol of Rome.

Consequently, the hill served as a residential district, and there was a belief that since the air was cleaner on the top of the hill, there is less chance for the nobility to catch diseases of the working class.

Moreover, Augustus, Marcus Antonius, and Cicero had homes on the Palatine

The Palatine consisted of three summits: the Germalus, the Veila, and the Palatium. Here, the Palatium was the most important for the summits and later gave the name to the entire hill.

After the fall of the Roman Empire, the architecture of the hill also fell. It was restored in the middle ages into a stronghold but abandoned over the years. During that period of time, almost the entire hill was owned by Cardinal Alessandro Farnese, who created a botanical garden on the top of it.

The hill covers a large area where all the main excavations are up of it.

Domus Flavia was built in 81 BC by Emperor Domitian as an official residence. Nowadays you can find many extensive ruins of it.

The House of Augustus was his private residence. Nowadays, there are original colorful frescoes that went through time. 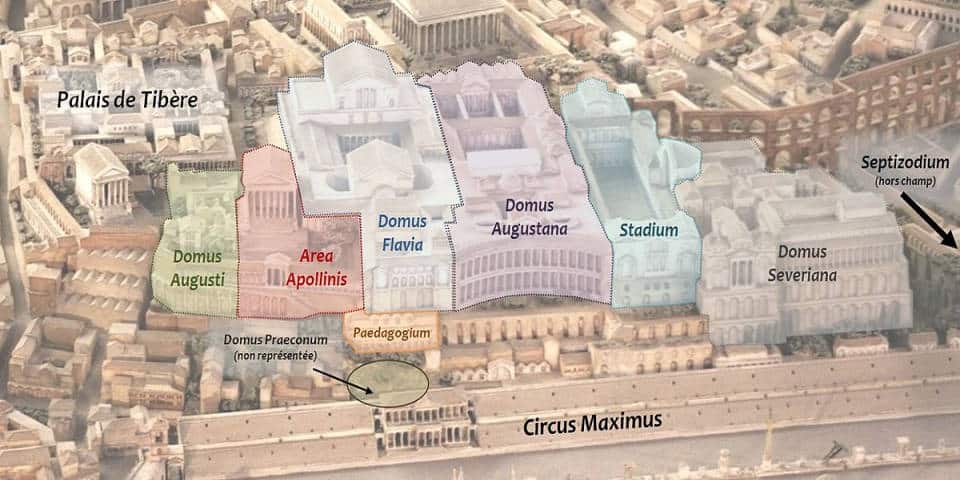 House of Livia was built in the 1st-century BC. Nowadays, you can still find the original mosaics and frescoes on the walls and ceilings.

The Palatine Hills has many ruins from ancient palaces. For instance, near the Circus Maximus, you will find remains of the Palace of Septimius Severus and the ruins of his Baths, who was the Roman emperor between 193 and 211 A.D.

On the north of the Palace of Septimius Severus is the stadium built together with the Palace of Domitian. Over three centuries, the Palace, built-in 81 A.D., was considered Rome’s largest palace. There were two wings: a private one (the Domus Augustana) and a public one (the Domus Flavia). Today, you can find the remains of both of them on Palatine Hill. 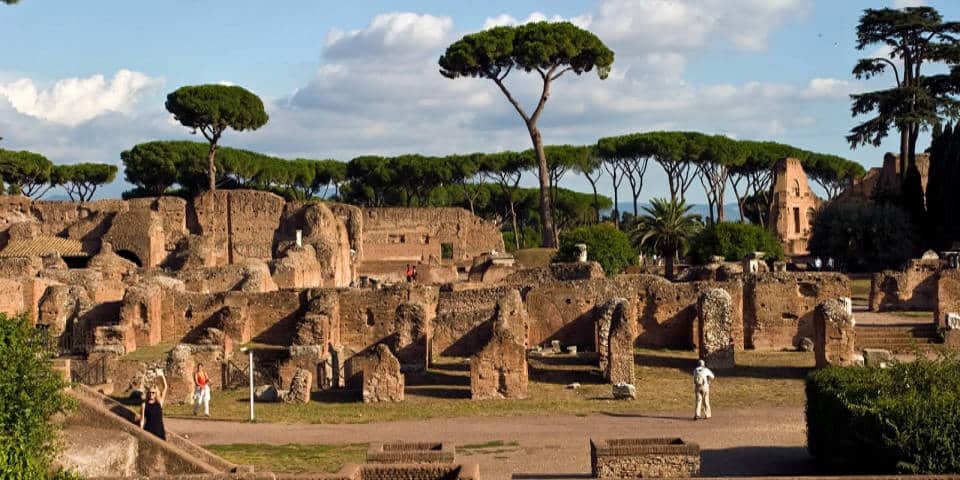 Archaeologists discovered remains of an early settlement that date back to the times of the first king of Rome, Romulus. The site is known as the Hut of Romulus

How to get and find the entrance?

The Palatine is located near the Colosseum and Roman Forum, in the historic center of the Eternal City. Moreover, there is a short walking distance from Piazza Venezia and Circus Maximus. 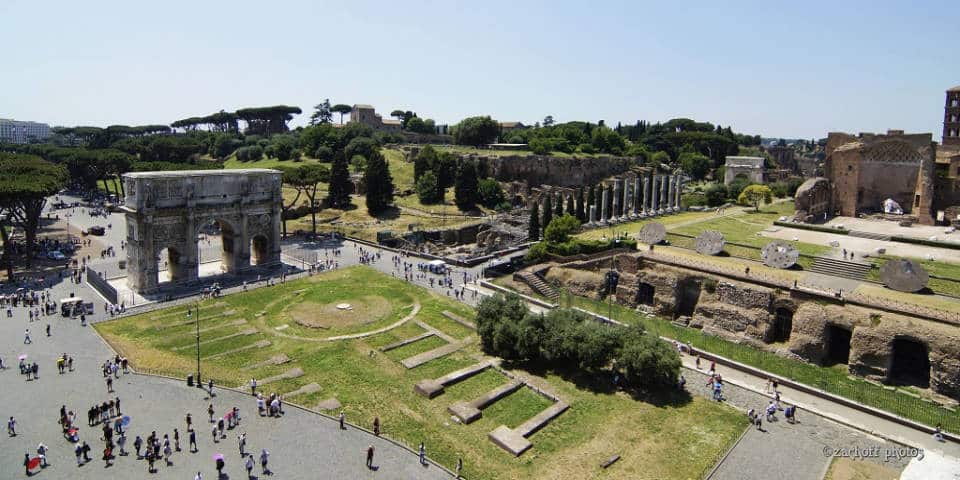 The Palatine Hills is one of the most important sites of the Eternal City. Undoubtedly, it would help if you discovered it during your visit to Rome.