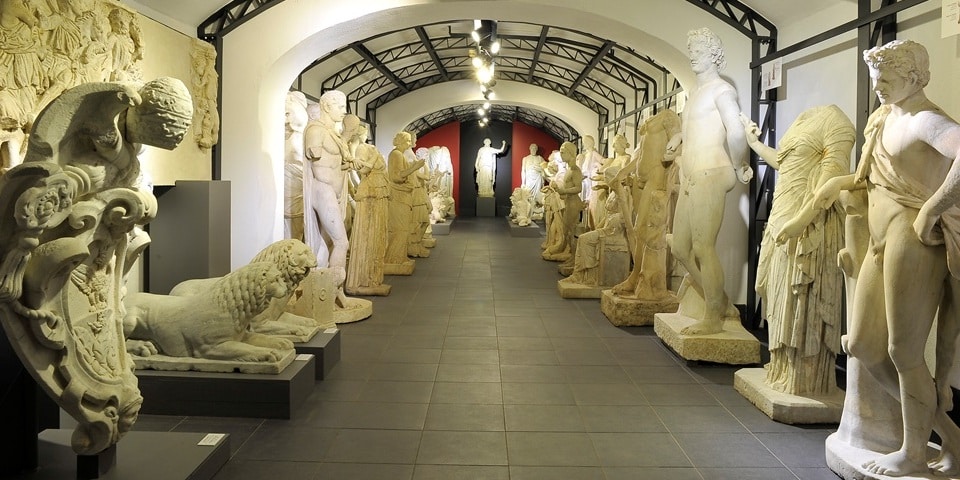 Who said you have to wait for the first Sunday of the month, and the “Domenica al Museo” initiative, to get free admission to the museums of Rome? There are at least 20 free museums throughout the Eternal City. Some are open regularly, others can only be visited by reservation, and some museums offer free guided tours.

Here’s the list of the Roman museums that you can visit for free during the whole year:

For those interested in the rich history of Rome and Italy.

Let’s start with the period much earlier than the Roman era – Museo di Casal de’ Pazzi represents a unicum in the panorama of the museums of Rome. The Museum reconstructs the prehistoric environment: fauna, flora, and human settlements that occupied the area in the Paleolithic era.

Some exhibits testify to the presence of animals such as elephants and rhinos, fossil leaves, and remains of manufactured stones. The Pleistocene landscape is represented with virtual reconstructions (the plants that populate the garden are natural).

Admission is free, but as the visit includes an accompanied tour, the reservation is mandatory at (+39) 060608. 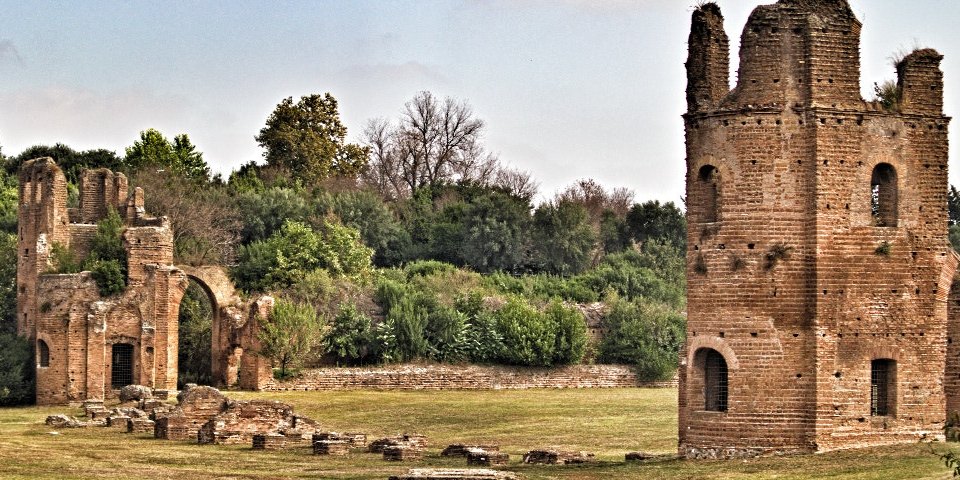 The majestic archaeological complex called “Villa di Massenzio” extends along the Via Appia Antica and includes three buildings: the palace, the circus, and a mausoleum. All the buildings were built by Maxentius, the emperor who ruled Italy and Africa from 306 to 312 and who was defeated by Constantine in the battle of Ponte Milvio in 312 AD.

Museo delle Mura (The Museum of the Walls) is located inside Porta San Sebastiano, not far from the Via Appia Antica and the Baths of Caracalla. The permanent exhibition traces the history of Roman fortifications, from the Republican walls to those built by Aureliano in the 3rd century AD.

Giovanni Barracco, the representative of a wealthy Calabrian family, was a deputy of the first Italian parliament (and after that, of several legislatures). Above all, a great collector of ancient art. A famous scholar and art lover, especially of ancient sculpture, Barracco gradually built a remarkable collection of Egyptian, Assyrian, Etruscan, Greek, and Roman art, with some examples of medieval art.

In 1902, Barracco donated its collection to the Municipality of Rome, which in 1948 found its definitive seat in the beautiful sixteenth-century palace called the “Farnesina ai Baullari,” located on Corso Vittorio Emanuele.
The museum is open from Tuesday to Sunday, from 10 am to 4 pm from October to May, and from 1 pm to 7 pm from June to September. You can enter up to half an hour before closing.

Most visitors of the Eternal City are looking for historical monuments and museums, but the sphere of modern art is also well-developed and full of beautiful things to show in Rome.

Accademia Nazionale di San Luca has a long history. From the end of the 15th century until 1878, it performed a teaching function in the arts of drawing, painting, sculpture, and architecture in Rome. Today the Academy no longer has this function but preserves and exhibits the wealth accumulated over four centuries of activity.

The Gallery is open to the public from Monday to Saturday from 10 am to 7 pm (last admission at 6 pm). Groups must book a few days in advance; all information is on the Academy’s website. And the Academy’s YouTube channel.

Rome is home to many dynamic, independent art galleries promoting the work of contemporary artists, both Italian and international.

Museo Boncompagni Ludovisi per le Arti Decorative, il Costume e la Moda houses materials from the 19th century and the 20th. The collection represents a story of the dawn of Made in Italy: furniture, clothes, accessories, and objects of art and design, testifying to the evolution of Italian taste and making.

The Boncompagni Ludovisi Museum is open from Tuesday to Sunday from 9.30 am to 7 pm. Admission is allowed up to an hour before closing.

In the heart of Villa Borghese, the Pietro Canonica Museum collects most of the works of this artist: marble and bronze sculptures, original sketches, and drawings. The museum is housed in the building that was the sculptor’s home and studio from 1922 to 1959; today, the artist’s private apartment and studio are still visible.

The Piero Canonica museum is open from Tuesday to Sunday, from 10 am to 4 pm from October to May, while from June to September, its working hours are from 1 pm to 7 pm.

Hendrik Christian Andersen was a Norwegian painter and sculptor. He was born in 1872 but moved to the United States as a child. However, he worked in Rome for the most significant part of his life (for almost forty years) until he died in 1940.

He designed the building that now houses his museum, providing a space for the exhibition of the completed works – the Gallery on the ground floor – and a Studio dedicated to creation. Both spaces can be visited and are home to Andersen’s monumental sculptures and his pictorial and graphic work, about 700 works.

Museo Giacomo Manzù is another museum dedicated to an artist of the ‘900. This time we move to the Via Laurentina, almost to Ardea, where an ad hoc building houses 90 sculptures by Giacomo Manzoni, known as Manzù, and around 300 graphic works, bas-reliefs, and medals.

In 1933, Luigi Pirandello, after having lived in Paris and Berlin, decided to settle in Rome and moved to the villa on the Nomentana. The house museum preserves the living room-study’s original furnishings, the bedroom, the library, and countless memorable things.

Mario Praz, a scholar of English literature, critic, and writer, built an impressive antique collection of furniture, furnishing objects, books, and works of art with his research work of a lifetime. All date back to the first half of the 19th century. This collection is housed today in Palazzo Primoli, where Mario Praz lived from 1969 until his death.

Museo Carlo Bilotti contains a substantial collection of works by Giorgio De Chirico, 17 paintings and a sculpture, then works by Severini, Warhol, Manzù, and Mimmo Rotella. The entrepreneur Carlo Bilotti’s collection was donated to the Municipality of Rome and preserved in the beautiful Aranciera of Villa Borghese.

The history of Rome is rich and can’t be compared to any other city in the world. To discover in detail the history of the Eternal City, you can visit one of the following places: 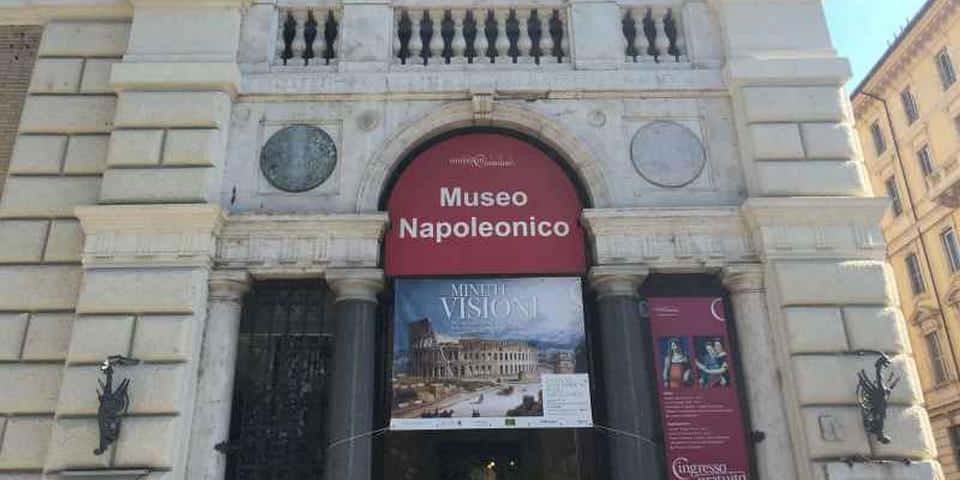 Museo Napoleonico documents the close relationships between the family of Napoleon Bonaparte and Rome. The creation of the Napoleonic Museum was due to Giuseppe Primoli, son of Count Pietro and Princess Carlotta Bonaparte, who in 1927 gave Rome his family collection of works of art (fascinating is the collection of portraits). The collection now occupies the ground floor of the family building.

The Napoleonic Museum is open from Tuesday to Sunday from 10 am to 6 pm; you can enter up to half an hour before closing.

Museo della Repubblica Romana e della memoria garibaldina is the museum for the lovers of the Risorgimento. Of course, the Garibaldi legend cannot miss this museum housed inside Porta San Pancrazio. The MMuseumcollects paintings, statues, and relics that reconstruct the history of the 1848-49 period together with a multimedia apparatus.

Here, on the Janiculum Hill, in June 1849 the defenders of the Roman Republic led by Giuseppe Garibaldi opposed the extreme attempt of resistance to the French troops that came to recover the city to return it to Pope Pius IX

The museum is open from Tuesday to Friday from 10 am to 2 pm, but you can enter a group every 45 minutes. The opening time is from 10 am to 6 pm on Saturdays, Sundays, and public holidays. Everyday entry is allowed up to an hour before closing.

Museo Storico della Liberazione (Historical Museum of the Liberation) is dedicated to the period of the occupation of Rome. The Nazi command decided to establish the command of the security police in a building on Via Tasso, near the Basilica of San Giovanni. Kappler was its leader. In the 1950s, the palace was donated to the State for a museum.

The museum is open from Tuesday to Sunday from 9.30 am to 12.30 pm; Tuesday, Thursday, and Friday are also open in the afternoon from 3.30 pm to 7.30 pm. Usually, the museum is closed on Monday, except for September 8th, October 16th, November 23rd, January 27th, March 25th, April 25th, May 1st, June 2nd, and 4th. On these dates, the MMuseumis always open. However, it closes for the whole month in August, so avoid visiting. Last thing: booking is mandatory for groups of more than 10 people. Admission is free, but a voluntary contribution is welcome. The same applies to audio guides: they are free, but nobody will stop you if you want to contribute!

Rome’s history is also rich in the sphere of music and theater. Here are the best museums to visit for free:

MUSA – Museo degli Strumenti Musicali is the museum of musical instruments of the Accademia di Santa Cecilia. The Academy’s collection collects 500 pieces from various eras and backgrounds; of these, about 140 are shown to the public in the permanent exhibition venue designed by Renzo Piano. Inside the museum, it is possible to rent a tablet with which you will hear the sound of each instrument.

The entrance is free of admission, but the museum also organizes guided tours, workshops and paid activities

The Burcardo Museum (today transferred together with its library to a new location in the EUR) collects the theater collection of the SIAE. The documentary and artistic heritage are truly endless; if you are interested in the Comedy of Art, documented by countless prints and drawings and theatrical photography, this museum is the place for you.

The MMuseumis freely accessible on Mondays and Wednesdays from 9.15 am to 4.20 pm, while on Tuesdays, Thursdays, and Fridays, its working hours are from 9.15 am to 1.15 pm. It is closed for three weeks in August.

The Zecca Museum, from October 2016, is housed in the Poligrafico industrial complex in Via Salaria. The collection is of extraordinary interest to numismatic enthusiasts: the museum contains over 20,000 works, including coins, medals, punches, wax models for medals and cameos, and industrial machines. The museum is open on Fridays from 10 am to 1 pm and from 3 pm to 5 pm (by appointment).

The Roman transport company created this small transport museum in 2004, inside a palm garden between the Ostiense Station and the Pyramid of Cestius. The collection includes ancient trams and trains, also used for extra-urban transport; the visit will also be enjoyed by the children, who will get on and off the trains, all perfectly restored. The site also hosts temporary exhibitions and, in summer, film screenings. The museum is open from Monday to Thursday, from 9 am to 4 pm, and on Friday, from 9 am to 1 pm.

Il Museo Storico dei Vigili del Fuoco (The Fire Brigade Historical Museum) is located in Via Marmorata, inside an attractive building from the late 1920s, which is also a garage for vehicles. All the scenographic and pictorial reconstructions of the great fires of Rome, accompanied by sound effects, are usually of great interest to children. There is also a path on fire management and extinction techniques and a small experimental laboratory on combustion phenomena.

Have you visited any of these museums? Tell us about your experience in the comments!