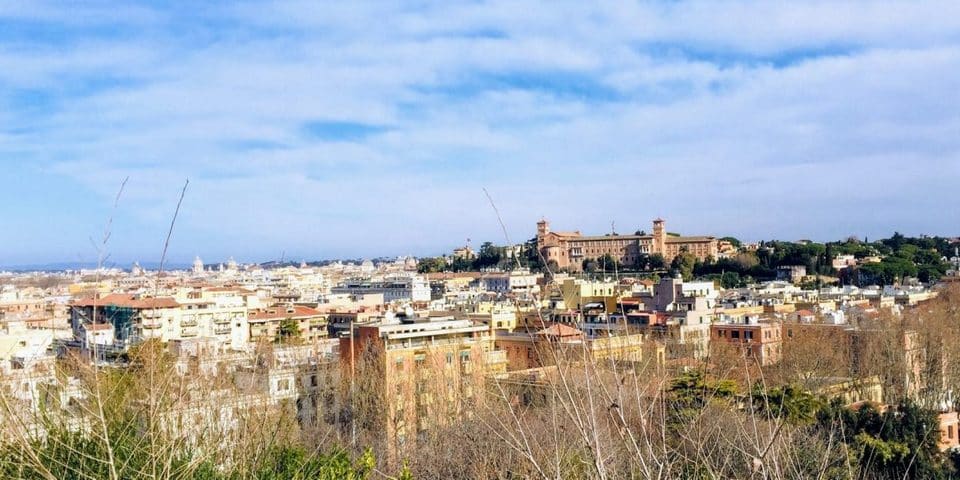 Monte Testaccio hill and the neighboring Testaccio district got their name from Monte Testaccio – the most prominent artificial mounds of Ancient Rome. It is definitely for those tourists who want to see another Rome. This picturesque area, of which many of you have not heard, is located within 2km walking distance from Colosseum.

Here you can see the true Roman life, visit the only Egyptian pyramid in Rome and stop by the most beautiful Protestant cemetery in the world. Little did you know that the typical Roman dish – trippa alla Romana (tripe), was invented in Testaccio.

During Ancient times Testaccio neighborhood hosted a river port called Emporium through which the city of Rome was supplied by goods from Ostia – sea and trade gates of Rome. The most popular interest was olive oil, shipped in amphorae, ancient Roman pottery. These amphorae were saturated with oil within a certain period and exuded an unpleasant smell. Such amphorae were not suited to be reused and therefore were collected together outside of the city. Piled together, shards of amphorae were sprinkled with lime to neutralize the smell of rancid oil. Thus, the remnants eventually created an artificial hill called Monte Testaccio.

Centuries later, the hill was overgrown with grass and bushes, and people eventually forgot that it used to be the most considerable amphorae city dumpster. During the Middle Ages, some even claimed that the hill comprised remains of city buildings diminished by the Great Fire of Rome. 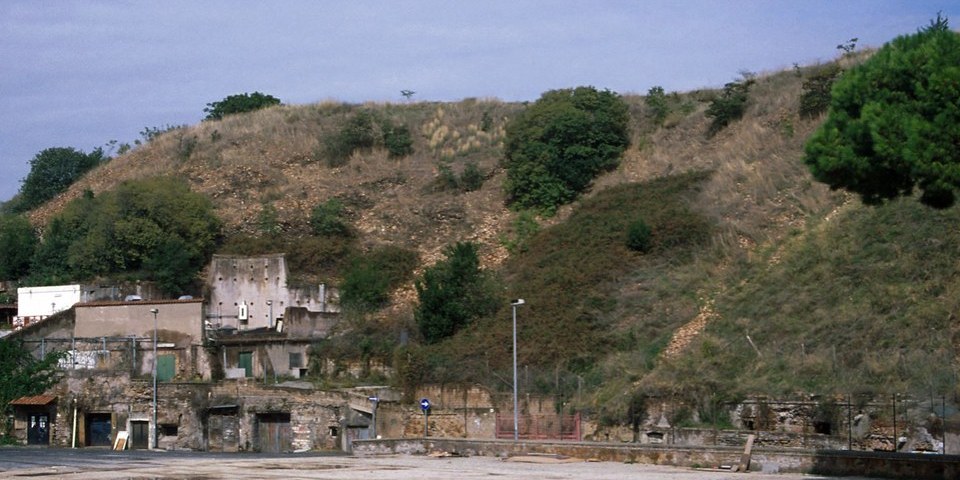 Following is the list of must-visit places and instructions on how to get to Monte Testaccio.

Pyramid of Cestius (Piramide di Caio Cestio/ Piramide Cestia): there are 8 Egyptian obelisks in Rome (together with 5 Roman replicas), and their appearance does not surprise tourists. During Ancient times, obelisks were mainly placed on hippodromes, and only later, during the rule of Pope Sixtus V, were obelisks placed on the church squares to show the way for pilgrims. However, the Pyramid of Cestius is only one of its kind.

The pyramid was built around 12-18 BC. It was constructed as a tomb of Gaius Cestius – a magistrate and member of one of Rome’s four great religious corporations. It is believed that he commissioned the tomb’s construction after Egypt became part of the Roman Empire and Egyptian architecture was at its peak.

The best look to the Pyramid of Cestius opens up from the green zone with benches (from the entrance of Protestant cemetery). Inside of the tomb is embellished with 16-century frescoes

The Protestant cemetery (Cimitero Acattolico) is located in the Testaccio district, next to the Aurelian wall and Pyramid of Cestius. You will be surprised to hear that this cemetery is considered quite a charming place despite its purpose. With graceful sculptures and gravestones, and well-groomed lawns, the Protestant cemetery is not a typical tourist spot. However, the most famous people buried there are English poets John Keats and Percy Bysshe Shelly, American poet Gregory Corso, and Goethe’s son Augustus.

In addition, Testaccio market has its food court right inside it. There, you can sit comfortably and have a lunch break. The menu offers a range from Roman-style pizza and plates of pasta to typical street food – suppli (fried rice balls usually stuffed with mozzarella) and panini (sandwimozzarellau can also find a wide range of home-made wine and prosecco, which can be brought back home as a souvenir.

How to get to Testaccio