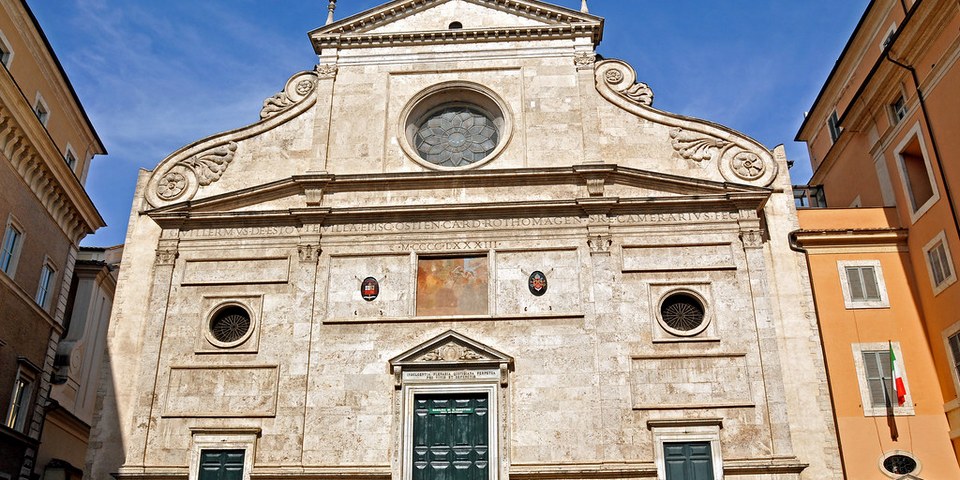 Sant’Agostino is a Roman Catholic church in the piazza (square) of the same name, located near Piazza Navona. It is one of the first Roman churches built during the Renaissane. Moreover, adjacent to it is the Biblioteca Angelica, a library founded in 1605.

The construction of Sant’Agostino church was funded by Guillaume d’Estouteville, Archbishop of Rouen and Cardinal Camerlengo (1477-1483). The facade was built by Giacomo di Pietrasanta in 1483 and is made of travertine from the Colosseum. The design of the church is attributed to the late 15th century architect Baccio Pintelli, with later 18th century restorations of the interior Luigi Vanvitelli.

The Titulus S. Augustini has been held by Jean-Pierre Ricard since 2006. In addition, it is the station church of the first Saturday in Lent

The patron saint of the church was a boy-martyr of Phrygia (now in Turkey) whose relics had been taken to Rome and enshrined there in the 8th century. The church was entrusted to the Augustinian Friars by Pope Honorius for use as their chapel in 1287, and was renamed Santi Trifone ed Agostino in honour of St Augustine of Hippo. In 1424 the relics of St Monica, the mother of St Augustine, were brought from Ostia and enshrined here.

The title was passed on to Sant’Agostino when that church was completed in 1484, but the older edifice was kept as a subsidiary church in the complex. It was used as the headquarters of a Confraternity of the Blessed Sacrament until 1604, the year after the newer church became the parish church instead, and reverted to its former name of San Trifone

The church was demolished in 1736 as part of the project by Luigi Vanvitelli to prolong the previously cramped convent constructions. 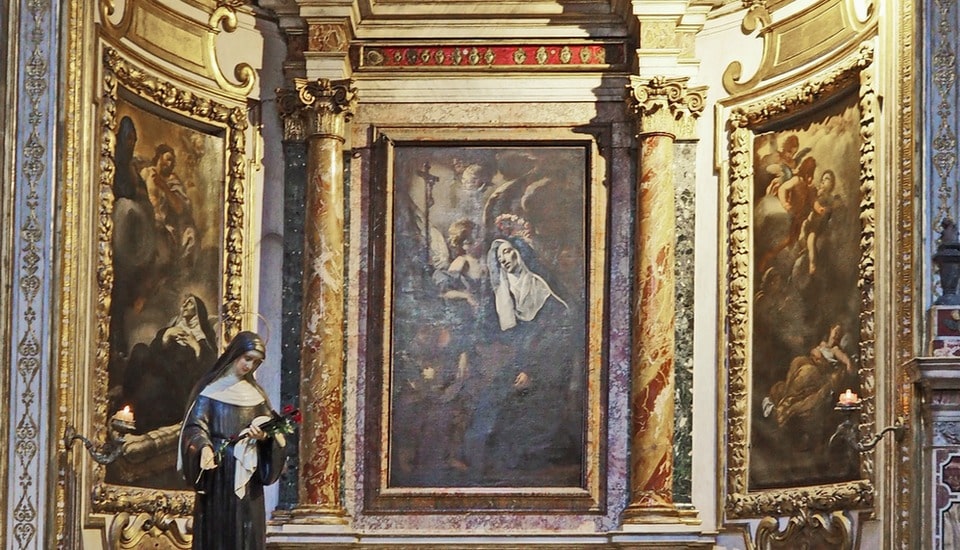 One of the most famous works of art of Sant’Agostino church is the Madonna di Loreto in the Cavalletti Chapel, which is an important early Baroque painting by Caravaggio. Moreover, there is a Guercino canvas of Saints Augustine, John the Evangelist and Jerome; a fresco of the Prophet Isaiah by Raphael on the third pilaster of the left nave; and the statue of Saint Anne and Virgin with Child, by Andrea Sansovino.

Inside the church is also the sculpture of the Madonna del Parto (Our Lady of Childbirth) by Jacopo Sansovino based, following the legend, on an ancient statue of Agrippina holding Nero in her arms, is reputed by tradition to work miracles in childbirth. The statue is laden with thank-offerings and always surrounded by flowers and candles. 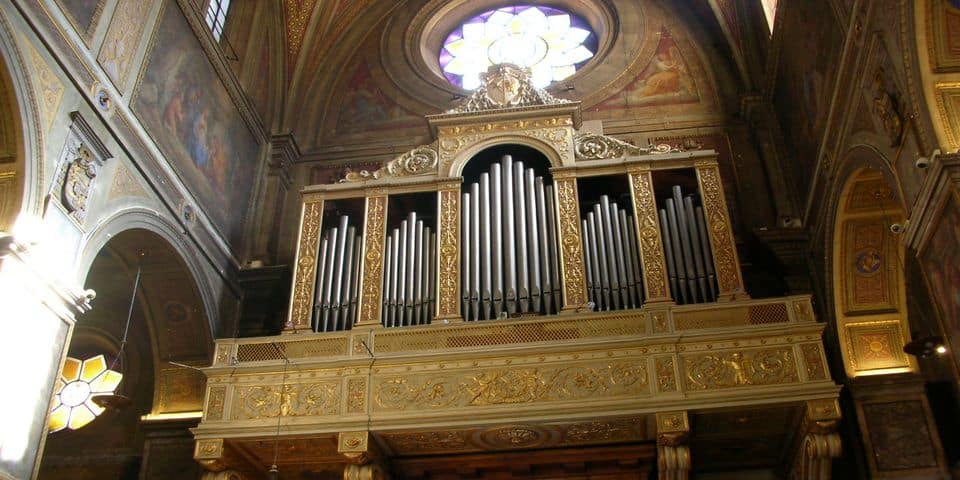 In 1616, Giovanni Lanfranco decorated the Buongiovanni Chapel with three canvases and a ceiling fresco of the Assumption. In addtion, the church houses Melchiorre Caffa’s sculpture “St. Thomas of Villanova Distributing Alms”, finished by his mentor Ercole Ferrata. 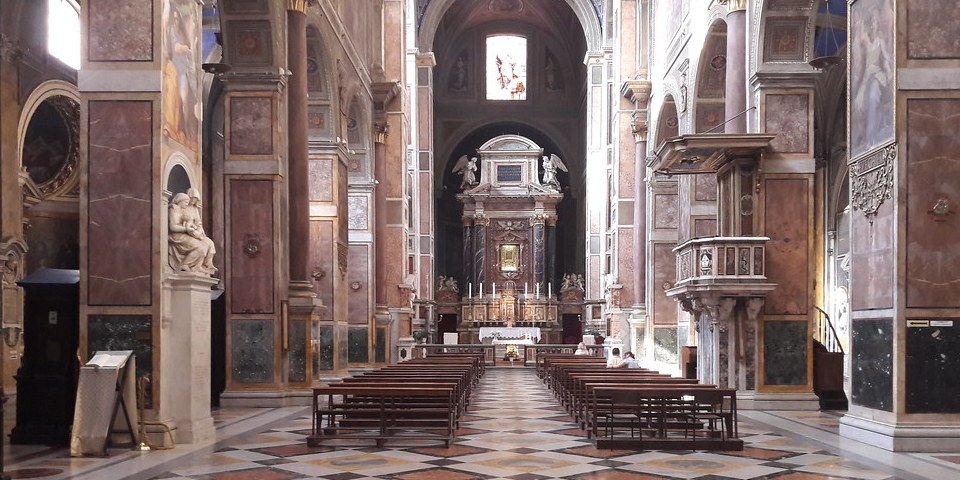 The church contains the tomb of Saint Monica, mother of Saint Augustine, that of Fiammetta, lover of Cesare Borgia and a famous courtesan, and that of Olav Trondsson, archbishop of Norway 1459-1473. His tombstone has the inscription “CVI DEDERAT SACRAM MERITO NORVEGIA SEDEM HIC TEGIT OLAVI FRIGIDVS OSSA LAPIS”, which means: “Here a cold stone covers the bones of Olav, to whom Norway rightly gave the holy chair.”

In 1741, Pietro Bracci designed and sculpted the polychrome tomb of Cardinal Giuseppe Renato Imperiali, who died on 15 January 1737

Pope Sixtus V (1585-1590) established the church as a cardinalate title in April 1587. No titular priest was appointed until 1590, when Gregorio Petrocchini de Montelbro OESA (one of the Augustinian friars) became the first titular. After the death of Marcelo González Martín (appointed in 1973) in 2004, the title was vacant until 2006 when Jean-Pierre Ricard, archbishop of Bordeaux, was appointed.