How to Get from Rome to Sicily 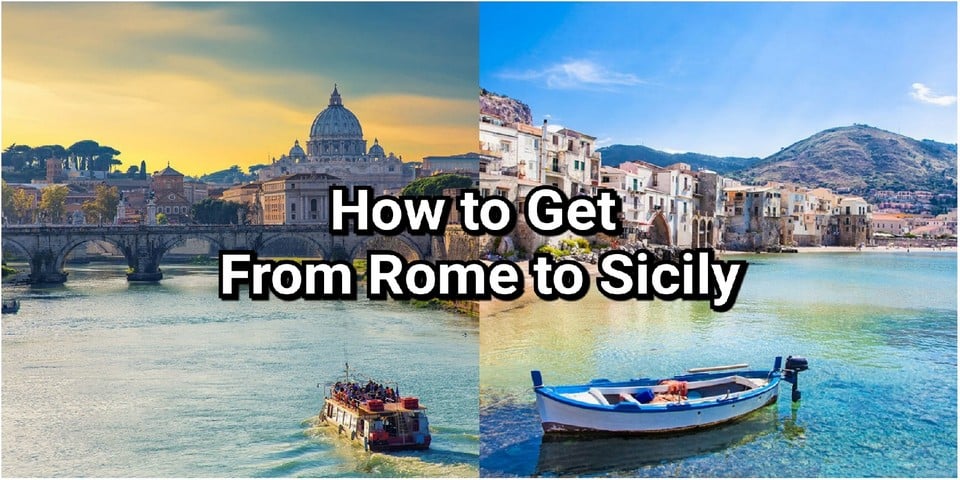 Sicily is a sunny island located in the southern part of Italy. Getting there from Rome isn’t tricky, and the most convenient option is by air. Moreover, you can get there by train on a ferry or the usual ferry. The distance between Rome and Sicily is 494 km. This air travel distance is equal to 307 miles. Therefore, it will take 1 to 14 hours to get from Rome to Sicily.

One of the most popular options is to travel from Rome to Sicily by plane with Ryanair from Fiumicino airport to the airport of Trapani and then take a train to Palermo. However, the price for one way ticket starts from 19 euros, and it takes 1 hour 15 minutes to reach Palermo from Rome by plane. Therefore, booking tickets in advance for lower prices are always better. 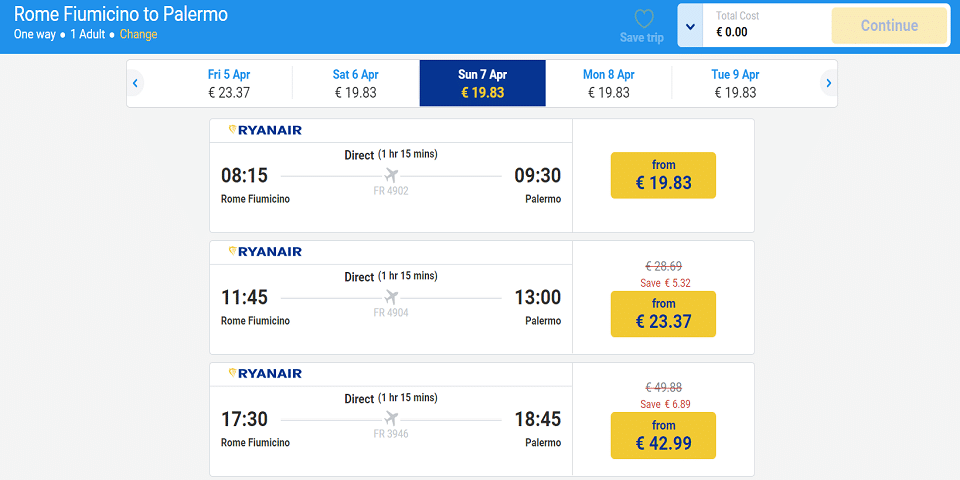 EasyJet is another airline that offers flights to Sicily from Rome Fiumicino airport to Palermo. There is a flexible ticket cost of about 70 euros for a one-way ticket. Therefore, the best fare offered by this airline will be about 30 euros for one way ticket. Also, Catania to Rome flights is provided by Wind Jet with the price of 30 euro or for flex tickets about 60 euro total. Here’s the example of available flights provided by Wind Jet to Catania from Rome: 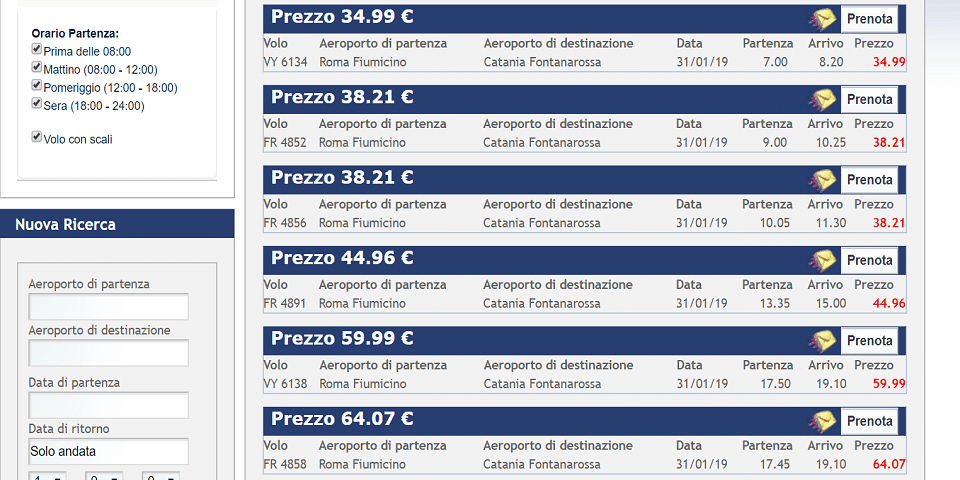 By Train on a Ferry

You can also take a train on a ferry from Rome to Messina. The journey will take about 8 to 10 hours. The train on a ferry ticket costs about 40 euros one-way. There are also many Italy rail links from Rome to Palermo via Messina, with many other train options going between Messina and Palermo. Travel time is about 3.5 hours, and the price is 11 euros one-way. To make a reservation online, go to Trenitalia website. 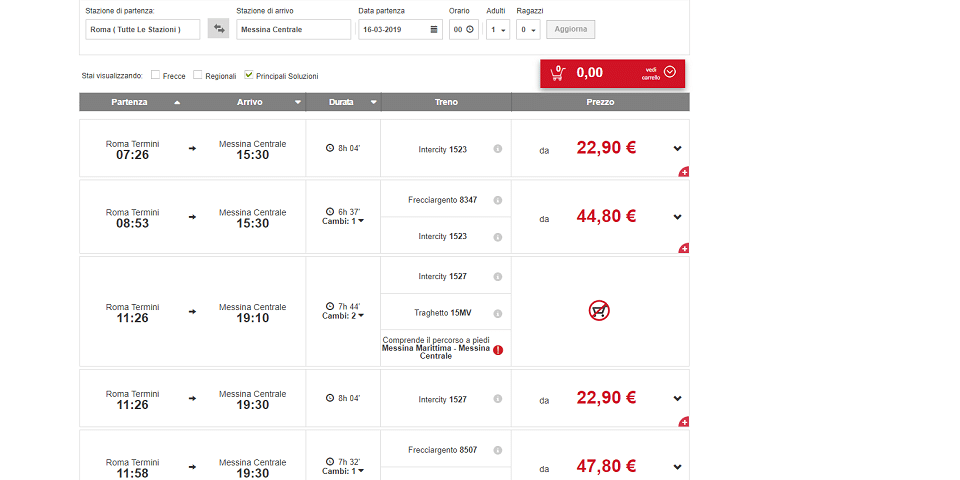 Another option is to take a train from Rome to Naples or Salerno and then take a ferry to Messina. A train link from Naples takes 5.5 hours with an average price of 35 euros. You can buy a ticket to get to Sicily by ferry. Also, you can get from Rome Civitavecchia port to Palermo in 14 hours with prices from 40 euro per adult. 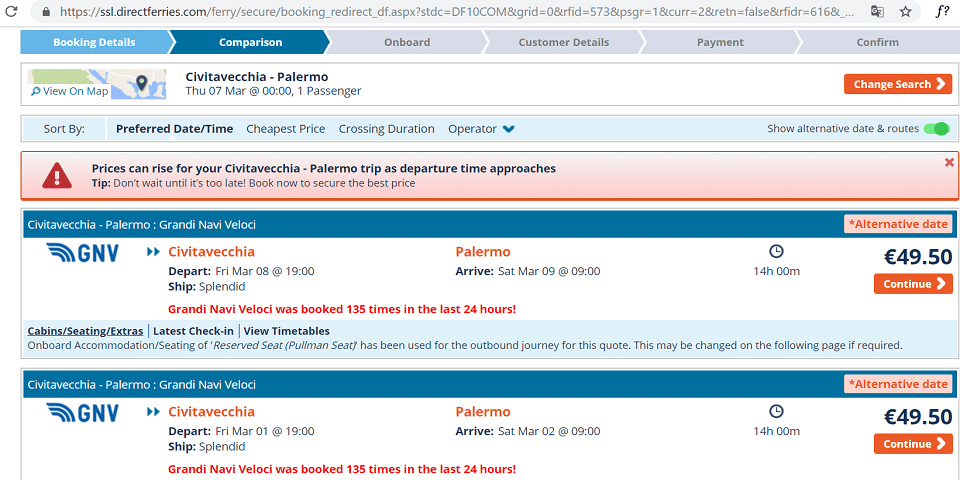 Yes, it is possible to get to Sicily from Rome by car. The route originates from the highway through Calabria and crosses the Stretto on one of the ferries. You have to buy your ticket at the port and get in line with all the other cars to get on board the ferry.


Plan your trip to Sicily for at least three days! There are so many things to see and to try 🙂 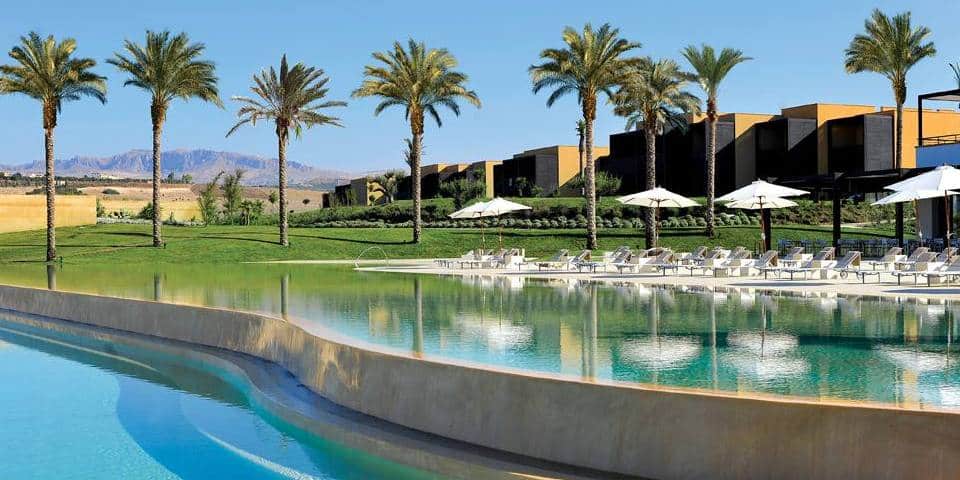 Verdura Resort is a high-rated luxury hotel located in Ribera. The resort is on 230 hectares of olive groves and Sicilian countryside. It offers a private beach, 3 golf courses, and fantastic sea views. 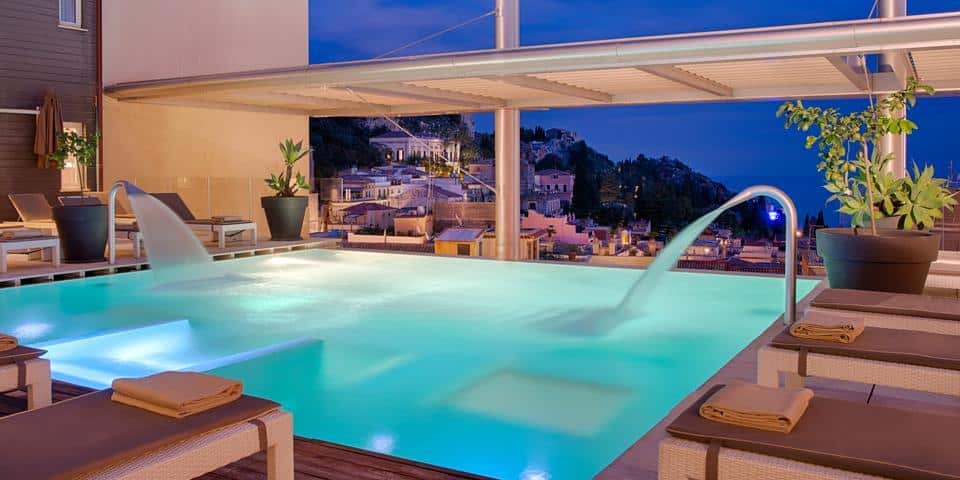 NH Collection Taormina features a roof-top terrace with a cocktail bar and panoramic views. It is set in the heart of Taormina. Spacious rooms, a modern wellness center, and an infinity pool overlooking the bay. 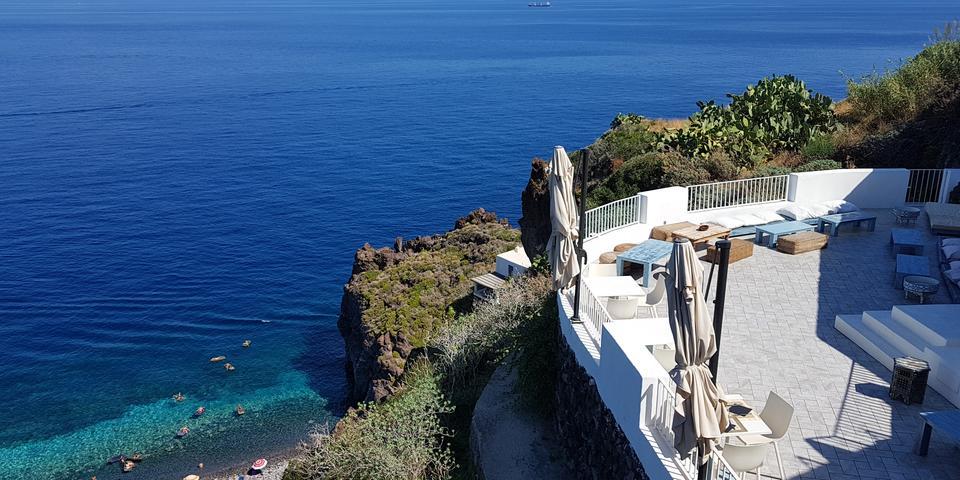 Hotel Santa Isabel is on a high rocky coast of Malfa on Salina Island. The town center is only a 10-minute walk away. The hotel offers modern, spacious suites with a private bathroom and complimentary toiletries. 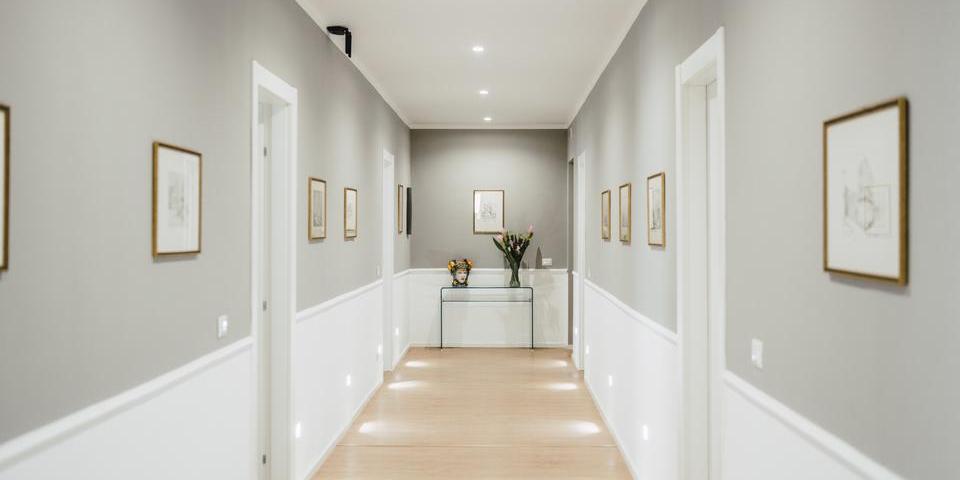 Elysium B&B is in Messina, a few steps from Sant Elia Church. There is a buffet breakfast served daily. Moreover, all rooms are spacious and feature air conditioning and a flat-screen TV. 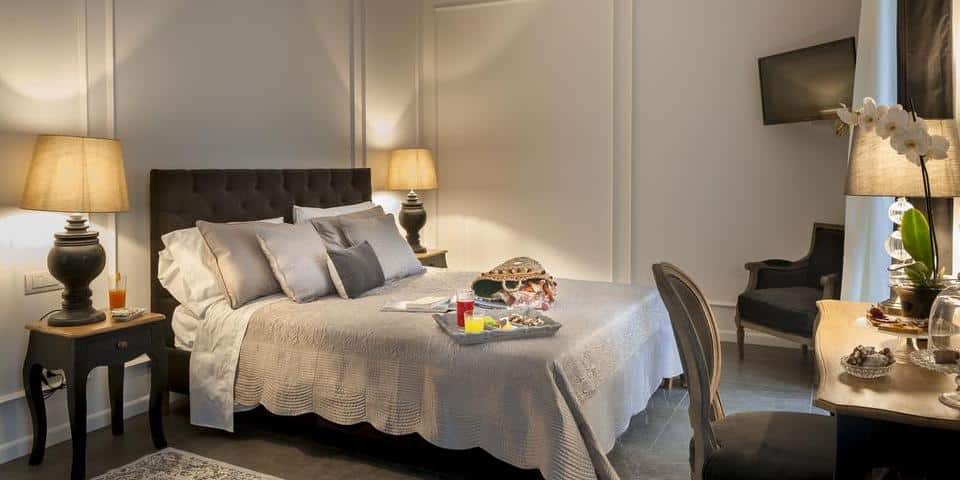 Exclusive Rooms Palazzo Natoli is located in Palermo. It offers rooms with free WiFi. Moreover, the property is close to well-known attractions such as Teatro Massimo and Via Maqueda.

What to See in Palermo

An essential attraction of the island is the city of Palermo – the capital of Sicily and the main city of the province of the same name. The number of its attractions is such that it could well be enough for a small European state.

Sicily has a distinct cuisine that’s steeped in history and has become world-famous. Sicilian food is a really mixed – a fusion cuisine that’s influenced by French, Arabic, and North African settlers. When in Sicily, you should definitely try: 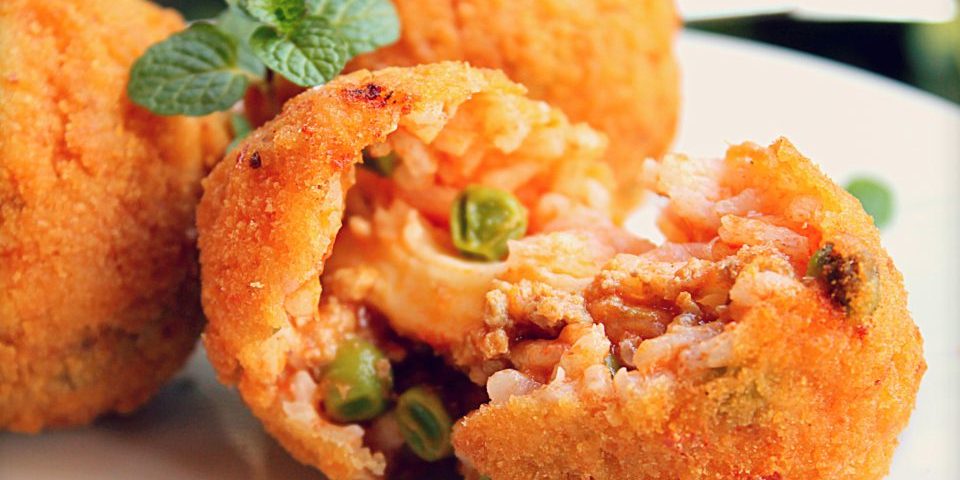 Arancini is a ball of creamy risotto rice that’s breaded and deep-fried. This is the iconic Sicilian dish! This is a perfect snack while walking around the island’s streets. 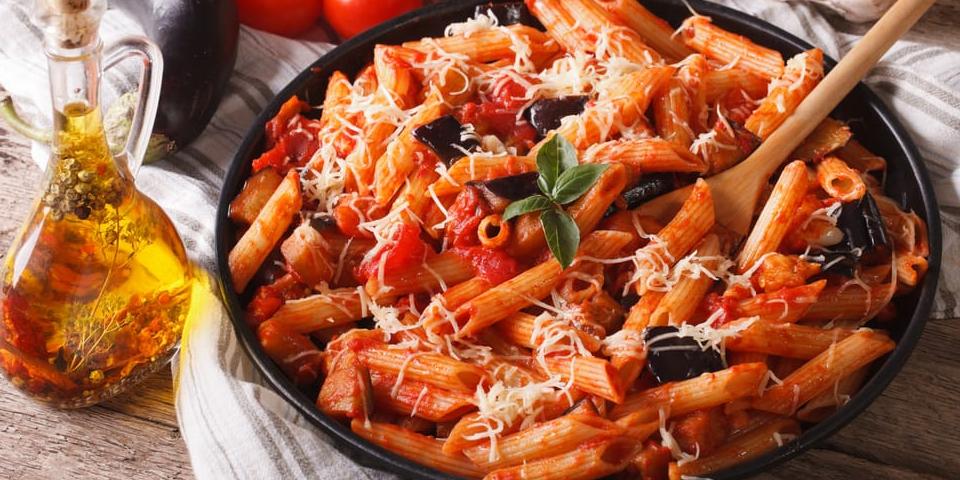 Pasta alla Norma is probably the best representation of Sicilian cuisine. It is made of local tomatoes, aubergines, garlic, basil, and salted ricotta. Must try! Perfect for vegetarians.

Pasta con le Sarde is the fishy version of Pasta alla Norma. It contains fresh sardines, salted anchovy fillets, and wild fennel mixed in a sauce with an addition of pine nuts, raisins, and saffron. The taste is fantastic.

Caponata is an example of external influences on Sicily’s cuisine. The recipe can change from one chef to another, but it must always contain aubergines, pine nuts, raisins, and plenty of vinegar. It is usually served as an antipasto (starter). 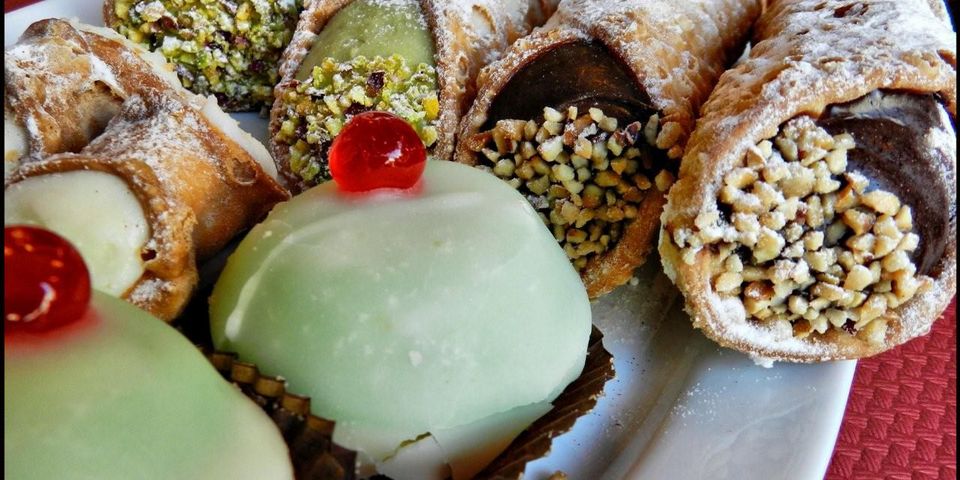 When in Sicily, you should definitely try: cassata, cannoli, and granita. Sicilian sweets are unique and incomparable! For instance, cannoli are little deep-fried pastry tubes piped full of creamy ricotta. Cassata is a Sicilian sponge cake flavored with chocolate, citrus fruits, marzipan, and ricotta cream. Then, granita is iced with flavors. Typical flavors are almonds, coffee, and watermelon. You have to eat it with a spoon, so it is not slush.

How to get to Ostia Antica from Rome by Train?

How to Get from Rome to Pompeii

ItaloTreno 🚄 How to Buy High Speed Train Tickets in Italy

How to Get From Rome to Venice

How to Get from Rome to Florence

How to Get from Rome to Tuscany

How to Get from Rome to Civitavecchia

How to Get from Fiumicino Airport to Rome City Center