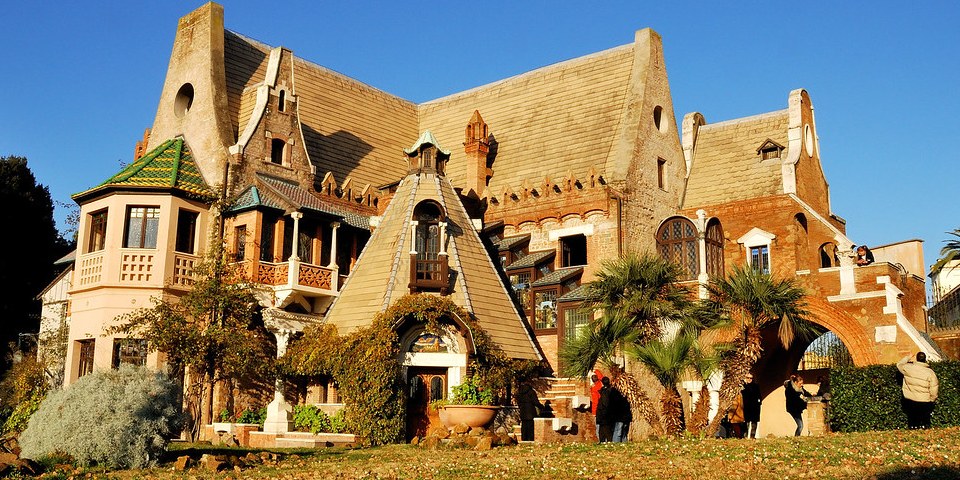 House of the Owls (Casina delle Civette) is a hidden gem of Rome which has many unusual architectural features. Originally, it was the residence of Prince Giovanni Torlonia the younger until his death in 1938. It was the result of series of changes and additions to the 19th century “Swiss Cabin”, which located at the edge of the park and hidden by an artificial hillock that was created as a refuge from the formality of the main residence.

Known as the Casina delle Civette, or the small house of the owls, this interesting complex was designed initially, in 1840, as a “Swiss cabin” for Prince Alessandro Torlonia. However the casina later experienced significant changes, transformed into the fashion of a “medieval hamlet” at the request of Prince Giovanni Torlonia the younger, who lived there until his death in 1938. 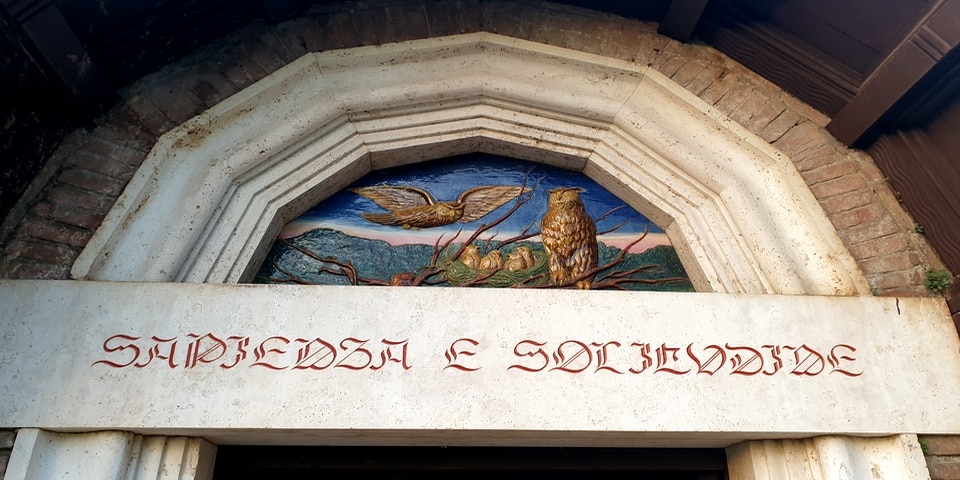 The building is a brilliant homage to art nouveau, decorated with stained glass, mosaics, coloured ceramic tiles, mullioned windows and turrets dotted around its peaks of changing heights

Expect to wonder at its romantic themes of owls, swans and peacocks, whereas the nooks and crannies of its perfectly reestablished interior are a charm to investigate, especially for children. Guests should note that although entry to the surrounding park is free, tickets for the Casina delle Civette must be bought at the Villa Torlonia palace, which is much closer the main entrance than the little house of the owls. 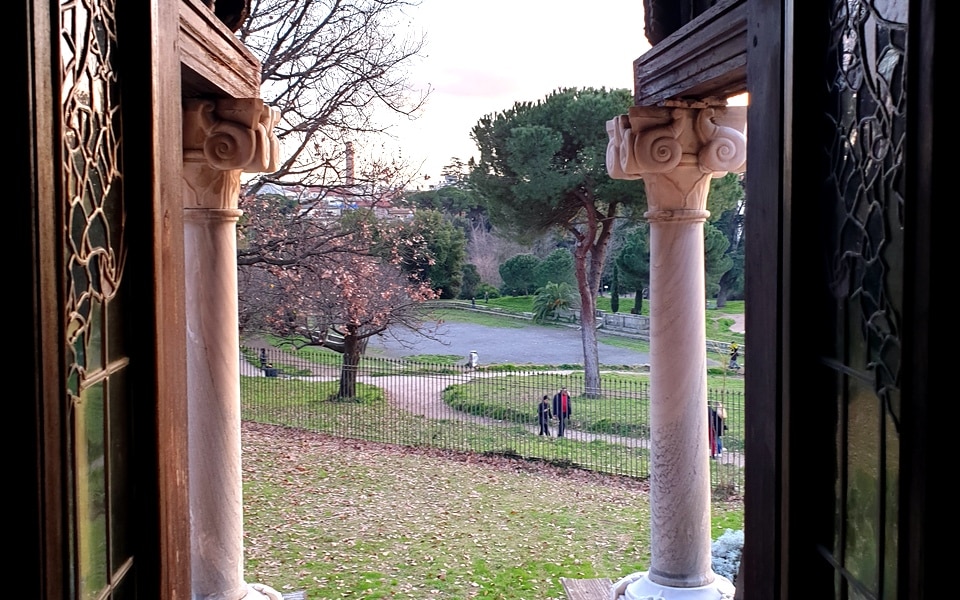 A fire in 1991, together with theft and vandalism, exacerbated the demolished state of the House of the Owls. Its current appearance is the result of long and meticulous restoration work carried out from 1992 to 1997, which has been able, utilizing the surviving remains and much documentary prove, to reestablish to the city one of the most unusual and interesting buildings of the early years of the last century. 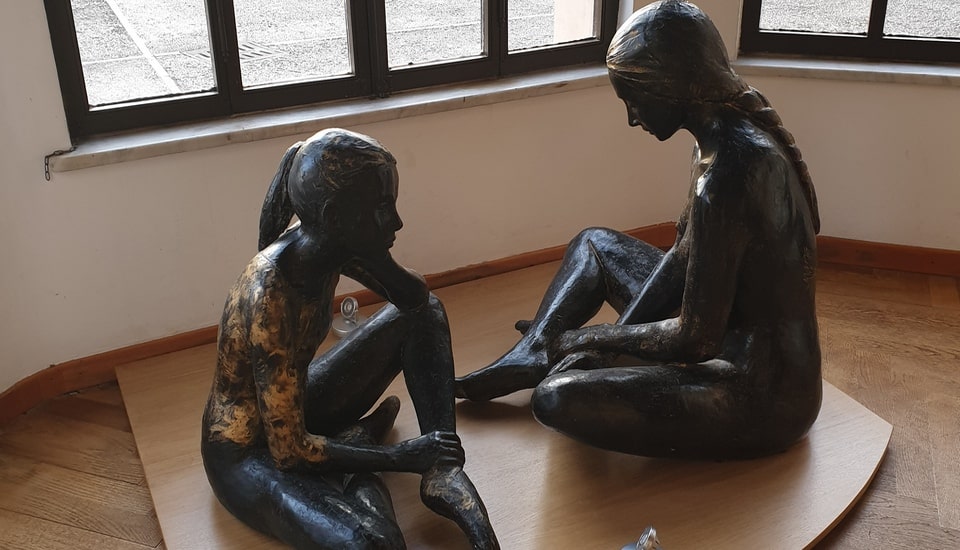 For Rome, the extraordinary imagination of the early 20th century gave rise to an exciting modern fashion experience known as Liberty. The center capable for creating a range of strategies associated with the style, not to say the experimentation that it inspired, was a workshop run by Master Glassmaker Cesare Picchiarini (1871-1943), the man numerous credit with bringing about the renaissance of the glassmaker’s art. 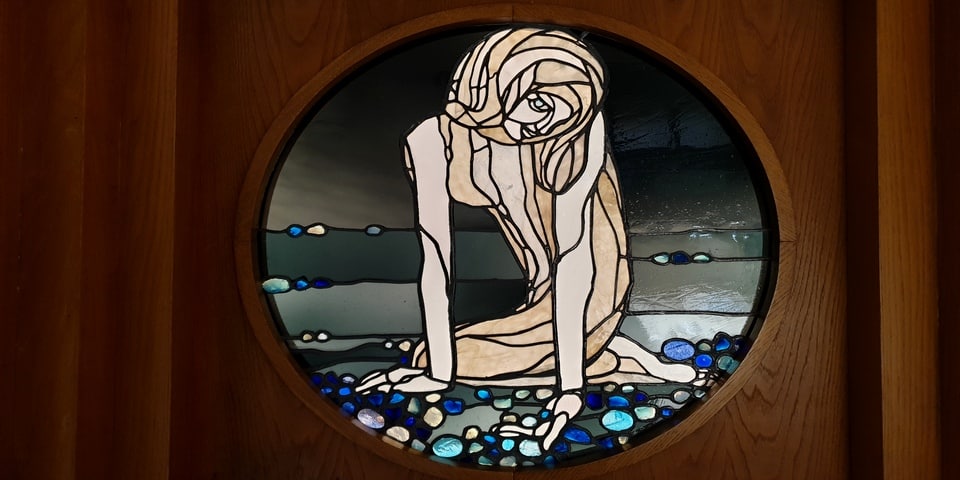 There is an exhibition by Maria Paola Ranfi, which is called “Gioiello Intimo Colloquio”. Made for the June 2, 2019 celebrations at the Italian embassy in Pakistan, the natural-sized masks in silver, porcelain, and precious stones are dedicated to Italy and to Venetian art in particular. They represent a tribute of the artist to thecenturies-old culture of Venice. 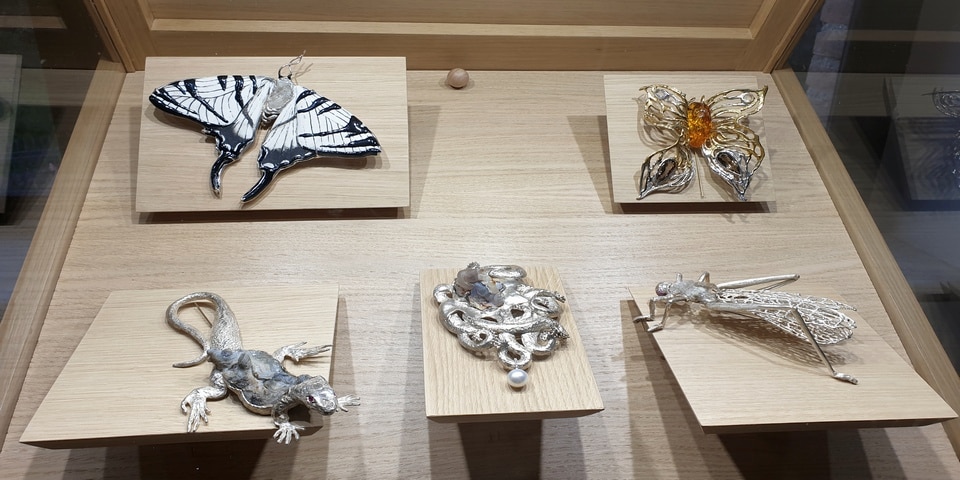 Maria Paola Ranfi’s last creative project, Mutants, represents the denunciation of the environmental degradation and, above all, the incapacity of the contemporary man to defend and establish his habitat for the future. Protagonists of this concept, dear to the artist and already addressed in the beautiful jewelry of The Awakening of the Righteous, are five animals that are considered to be guide animals. They are representative of the deterioration of Earth’s natural systems: air, water and soil.

These jewels are large decorative brooches that can be worn on the center or on the side of the bust, and are made in silver with pavee inserts of diamonds, rubies and pearls