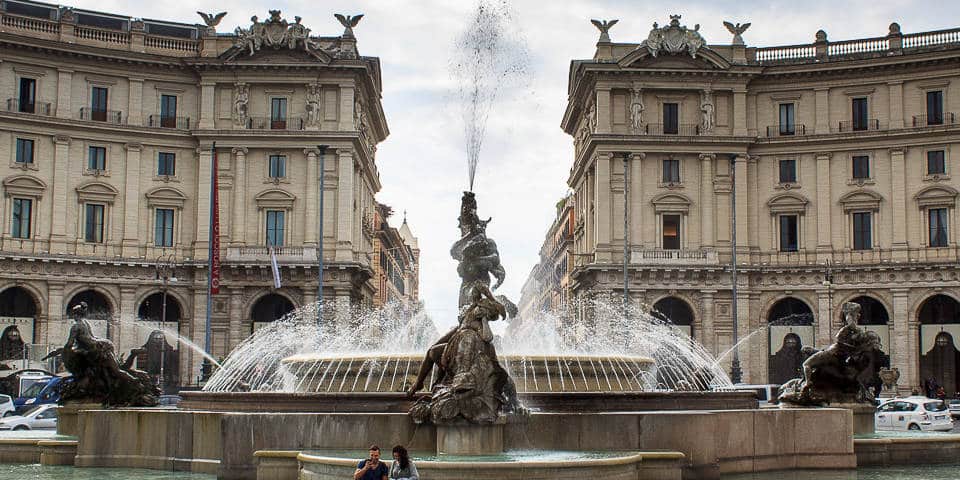 The Fountain of the Naiads (La Fontana delle Naiadi) is one of the most significant monuments in Rome. It was designed and constructed in many stages by Alessandro Guerrieri and completed by Mario Rutelli. Located in the center of the Piazza della Repubblica, the fountain contains four water Nymphs (Najadi) on the lower four basins. These young naked sculptures were a shock for the Romans.

What you need to know about Naiads

What are Naiads in Greek mythology?
Naiad (from Greek naiein, “to flow”), in Greek mythology, is one of the nymphs of flowing water – springs, rivers, lakes, and fountains. The Naiads, appropriately related to freshwater, were represented as beautiful, lighthearted, and beneficent.
Are Naiads only female?
Yes. Naiads are always females, and they're known for being quite jealous. According to Greek mythology, naiads are immortal.
Are Naiads real?
No, Naiads are part of Greek mythology. Naiads were often the object of archaic local cults, worshipped as essential to humans. Boys and girls at coming-of-age ceremonies dedicated their childish locks to the local naiad of the spring. Their waters' ritual cleansings were credited with magical medical properties in places like pre-Mycenaean Lerna in the Argolis (Classical Greece).

The Fountain of the Naiads was created in 1888 but completed initially in 1901 with an addition in 1911 by Alessandro Guerrieri and completed by Mario Rutelli. However, the base of the monument dates back to the 1870s. Pope Pius IX originally had the fountain built to commemorate the creation of the new aqueduct named Acqua Pia-Marcia after the ancient Aqua Marcia was constructed in 144 BC. However, several years later, the new Italian government renovated the whole area, and the fountain was increased in size and moved about 80 meters to the location where it stands today. 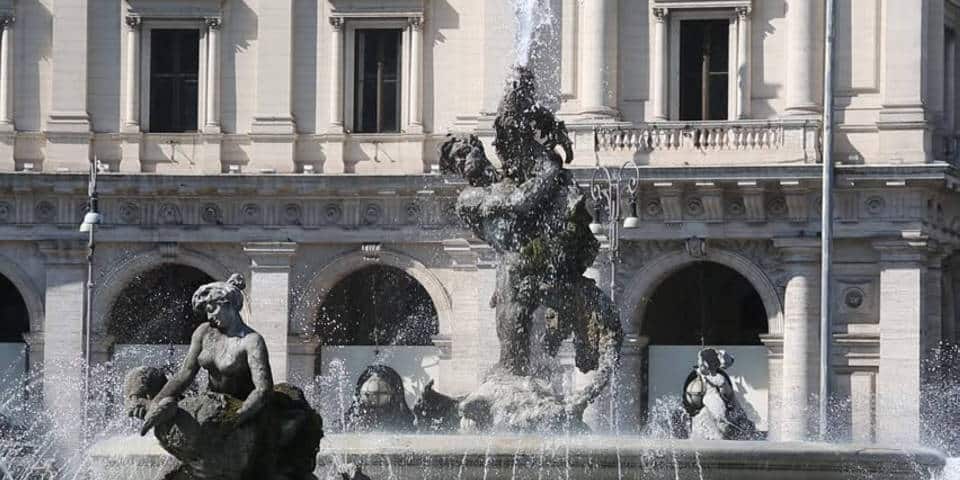 There were no statues at the time on the fountain, and it had a simple structure with a series of basins at various levels. Consequently, when German emperor Willia II visited Rome, four plaster lions were created by Alessandro Guerrieri to decorate the corners of the fountain.

The reaction of the Romans 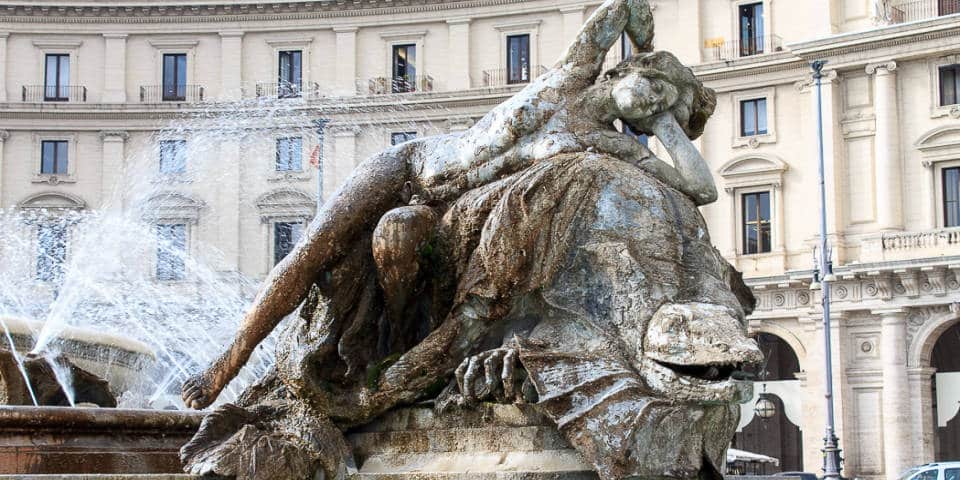 Undoubtedly, locals were shocked by the work of Rutelli since the model of the Naiads was based on two twin prostitutes in Rome. Moreover, the sculpted figures were nude, and it caused controversy in conservative circles in the Eternal City. Finally, however, the city council decided that the figures should stay. 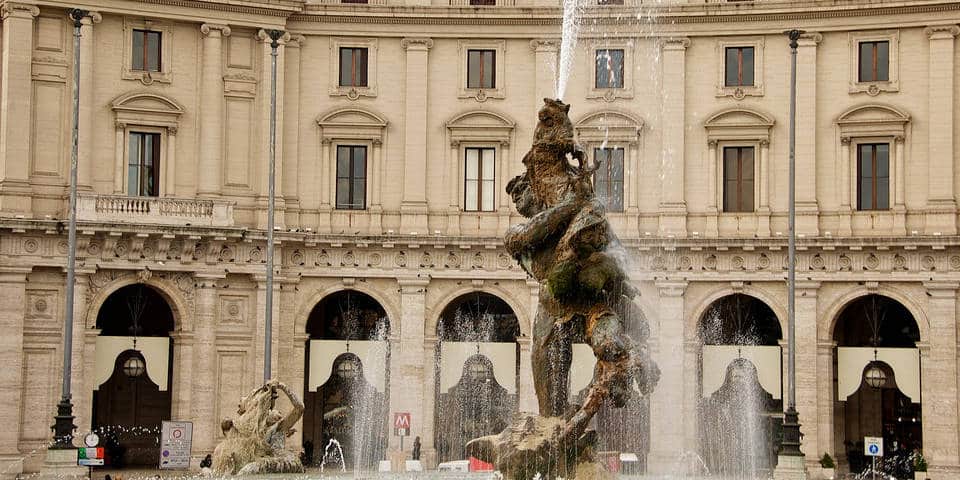 For a long time the fountain was considered very obscene sight

Eventually, Rutelli prepared sculptures for the centerpiece of the fountain that featured three human figures, a dolphin and an octopus, tangled together in a wrestle. However, these sculptures received many sarcastic comments, being named “the fish try of Termini.” Consequently, Rutelli was asked to create a new figure. As a result, he designed the male figure embracing a dolphin. Also, the “fish try” model was moved to the gardens in piazza Vittorio Emmanuele II, where it was used as decoration for a small pond. Finally, with the addition of another bronze figure in the center, the fountain’s design was completed.

The Naiads come from Greek mythology. They were nymphs of bodies of fresh water and were considered one of the three main classes of water nymphs. Moreover, the Naiads presided over rivers, brooks, streams, fountains, lakes, springs, and marshes. Their origin varies according to the location and literary source. Some said that Naiads were daughters of Zeus, while others connected them to the vast family of the Titan Oceanus.

Like any other nymphs, the Naiads were the female sex symbols of the ancient world

The Fountain of the Naiads is one of the Roman gems. It is not only one of the largest and most famous monuments of the Eternal City, which attracts thousands of tourists daily, but also a masterpiece with a rich history.