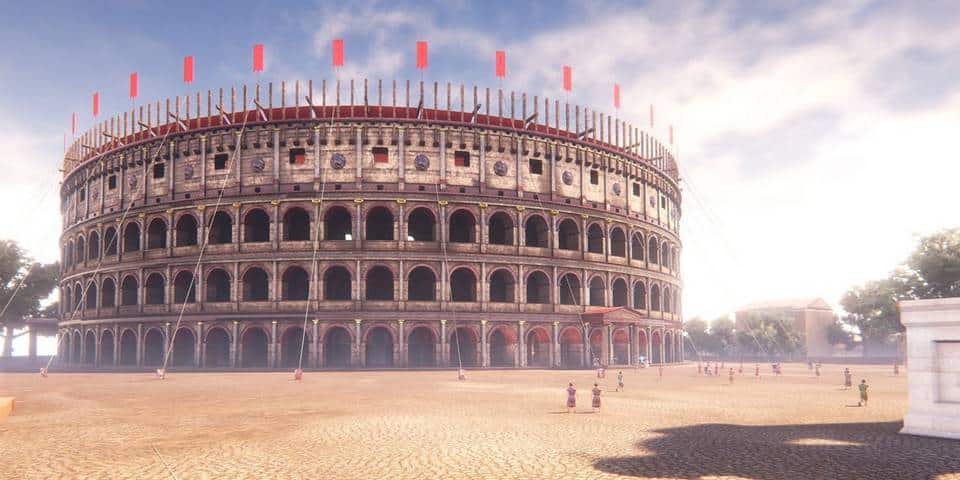 The Colosseum (Colosseo) used to look like pretty the same at the time of ancient Roman Empire and accommodated an estimated 60.000 spectators. It was the origin of the professional gladiators, who were trained to fight the death even with wild animals of every sort that increased the fear. Also, it is in the elliptical shape, 187 meters as its longest end and 155 meters as its shortest. In addition, the height of the external ring is 50 meters from ground level.  In the center of the podium (suggestum) was the Emperor’s seat, while the rest of the podium was occupied by senators and members of the court. Then came the sections for the cavaliers and civil and military tribunes.

There were special places for married coupes, for young men together with their tutors, for families and servants, for women, and for servants

Usually, the construction was uncovered, but in case of bad weather it was covered by velarium, which was maneuvered by two squads of sailors, who also took part in the naval battles that took place in the amphitheater.