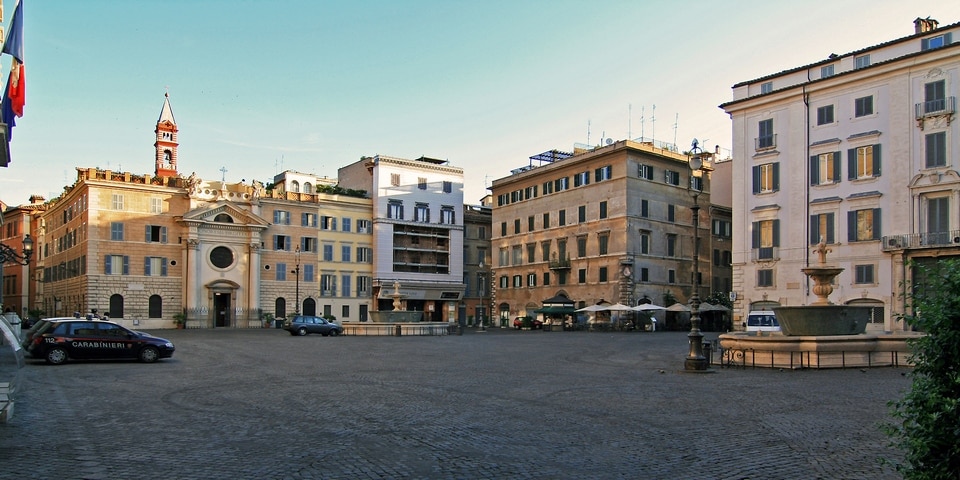 Regola district itself takes up only a small region of the city. Nevertheless, it offers plenty of things to its visitors, from spacious palaces to the best Roman bakeries. With that being said, take an opportunity to spare some time to visit the Regola district and immerse yourself in this neighborhood’s rich history and special atmosphere.

As well as the Parione district, Regola used to be a part Campus Martius (Field of Mars) during the times of Ancient Rome. Afterward, the area of the modern district was used as a stadium where the riders of the triga (a cart with three horses) used to train. By the end of the Middle Ages, the area was not densely populated and was considered unhealthy because of the frequent floods.

Interestingly, the inhabitants of the Regola district were nicknamed mangiacode – ‘taileaters’, after the dish named coda della vaccinara. This dish was a specialty of the numerous butcheries of the area.

Today, the Regola district is a lovely spot that tourists find attractive to visit, as it is usually not crowded and can offer a variety of sightseeing places. So, consider visiting the Regola neighborhood if you are tired of the typical touristic places and want to explore the other side of the Ancient city.

Following is the list of places to visit in the Regola district: 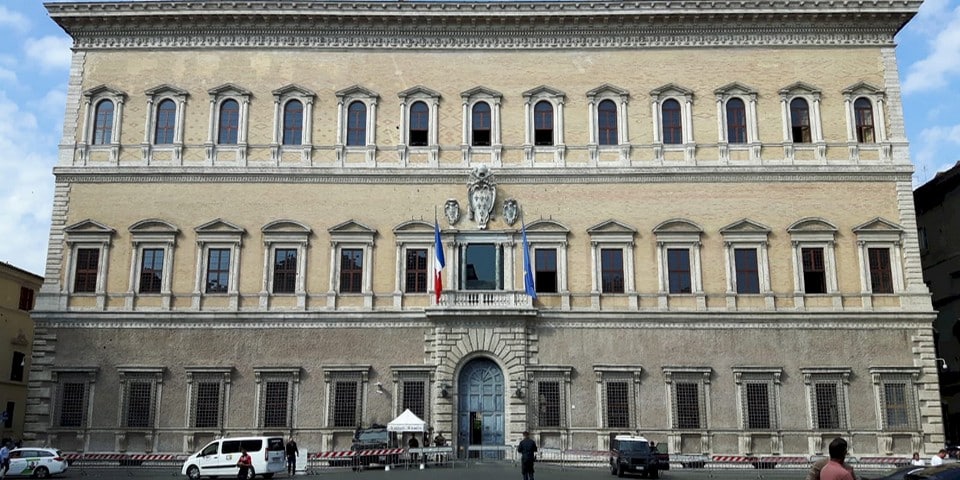 The heart of the district is made up of the long and narrow Piazza Farnese. The latter leads to Palazzo Farnese, considered one of Rome’s most important High Renaissance palaces. Alessandro Farnese, who had been appointed cardinal in 1493 at the age of 25, commissioned the palace’s construction in 1517. Further expansion of the palace well reflected the change in status of Alessandro Farnese.

In 1534 Alessandro became Pope Paul III. Thus, the size of the palace expanded significantly. Moreover, the palace’s building involved some of the most prominent Italian architects of the 16th century, such as Michelangelo, Jacopo Barozzi da Vignola, and Giacomo della Porta. In the famous Puccini’s opera Tosca, one of the scenes takes place in Palazzo Farnese, while many Italian and international filmmakers used the scenery of the palace in cinema production. The building currently serves as the French embassy in Italy. In 1936, the palace was handed by the Italian Republic to the French government for a period of 99 years. 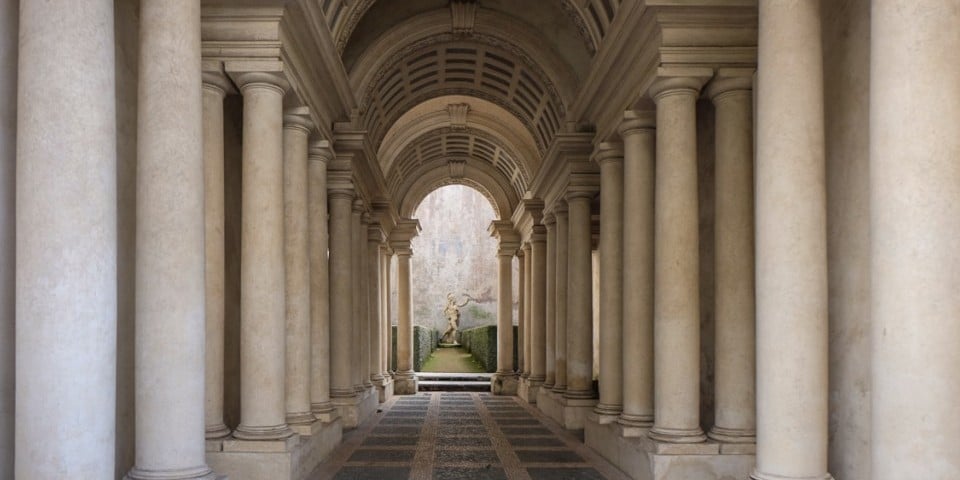 Located next to Palazzo Farnese, this palace is most famous for its perspective gallery. Thus, it consists of a short passage constructed by Borromini to connect the palace’s external courtyard to outer space. Due to the optical effect, Borromini was able to make this path seem longer as it is actually is. At the end of the path, you can see a sculpture of a nymph resting on an ancient sarcophagus.

See also an Ultimate Guide to Borromini’s Masterpieces in Rome.

Enjoy the list of famous restaurants and bars in Regola: 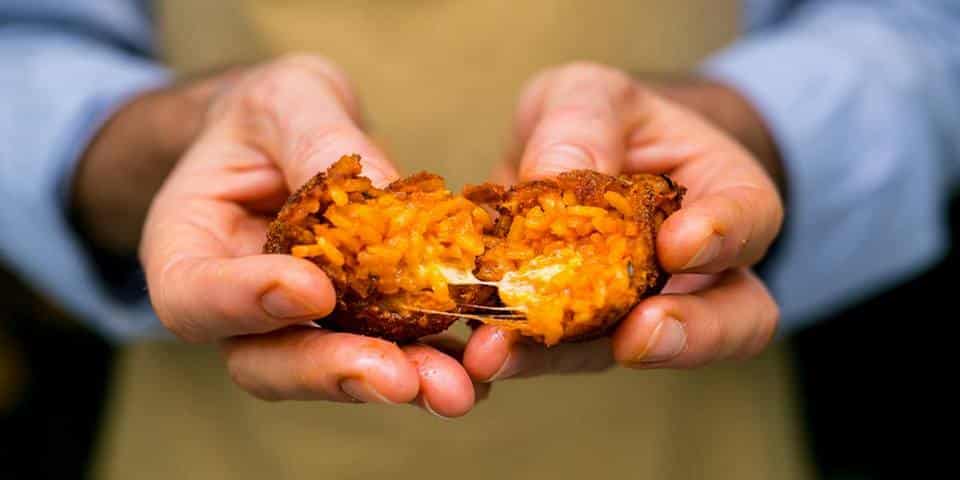 Supplizio is the first street food corner by the famous Italian chef Arcangelo Dandini, where he expresses his passion for Suppli, the street food ‘par excellence, and the ancient Roman traditional cuisine. Supplizio fully reflects Arcangelo’s desire to pay his homage to the tradition within the cozy rustic ambiance organized like a ‘salotto’ (living room). Visit Supplizio and try Roman street food made with great care and quality. 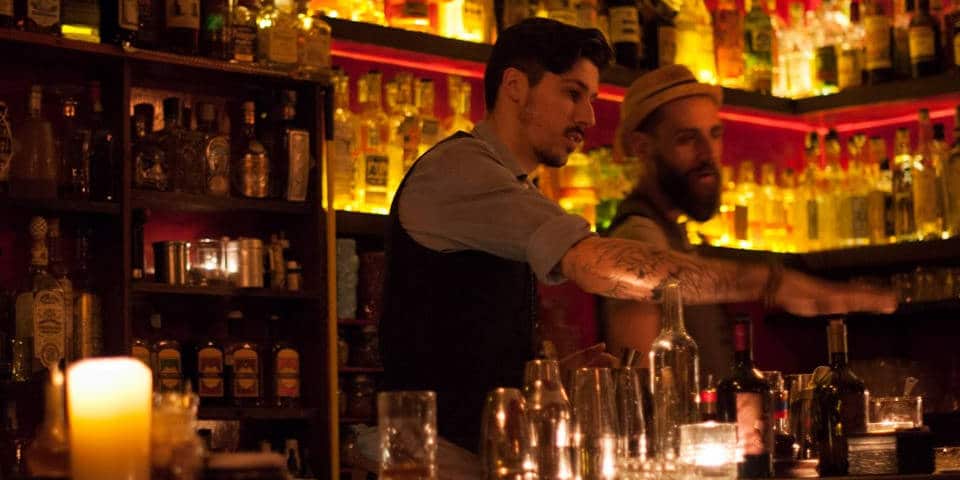 The Jerry Thomas Speakeasy arises from the idea of bringing back the light of a forgotten classic mixing style. The inside of the bar is small and smoky, resembling the decor of 1920s Prohibition-era chic, with thematic jazz music playing at the background. This is the first Italian ‘secret bar’, which means visitors have to know the password in order to be granted entry.

The password can be found after completing short survey on the webpage and signing up using the email address. If you want to make your stay in Rome even more unforgettable, the Jerry Thomas is definetly a place to go 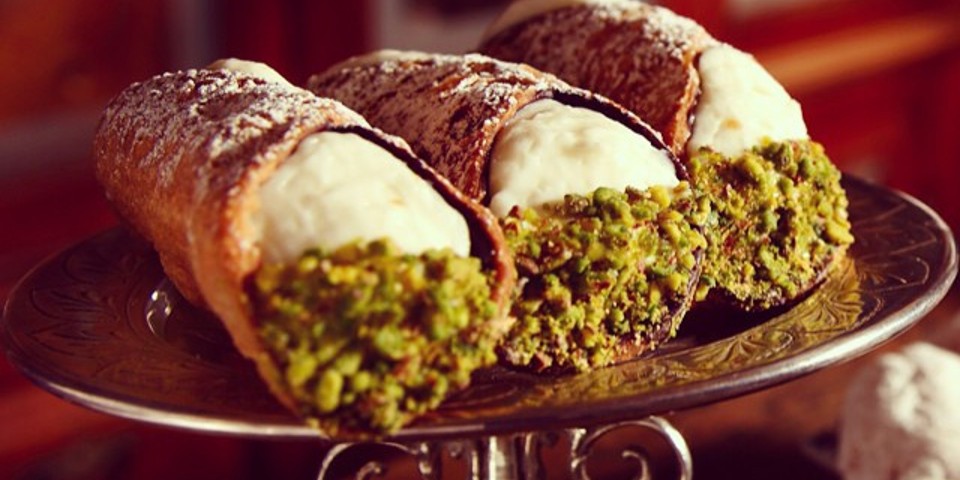 Bringing the sweet flavors of Sicily to Rome, the Nonna Vincenza pastry shop is a delight. Browse the traditional cakes and tempting Dolci (sweet pastries) arrayed in the old wooden dressers before adjourning to the adjacent bar to tear into creamy, flaky, puffy pastries and ricotta-stuffed cannoli.