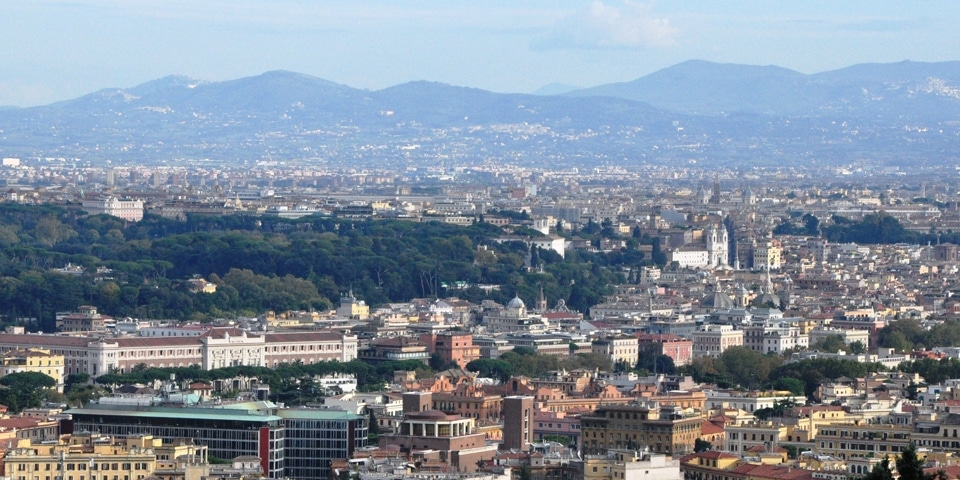 Monte Mario is the highest (139 m) hill in Rome. If previous articles talked about the smallest of the seven Roman hills – Viminal, this article is about to uncover another hidden jam – Monte Mario. Although not in the top seven Roman hills list, Monte Mario is a perfect place to escape sometimes overcrowded touristic spots and take a fresh look on the ancient city of Rome.

There are several stories about the origins of the hill’s name. Some sources state that it was named after cardinal Mario Mellini, who was the owner of a villa on the hill and surrounding suburbs. However, the others believe that the name of the hill derives from its middle ages name – Monte Malo (Bad Mountain). This is due to the violent murder of patrician Giovanni Crescenzio in 998 that happened in the woods of Monte Mario. In ancient times, Monte Mario was usually passed through by the glorious Roman armies and pilgrims before entering the walls of eternal city. Soon after, Monte Mario became a residential district, where rich people built their villas.

Today, Monte Mario, with the height of 139 m, is considered to be the best place for those who like hiking or just want to obtain a unique travel experience in Rome. Located within the walking distance from Vatican City, Monte Mario is a perfect destination for tourists who want to bring a breath of fresh air to their travel experience. 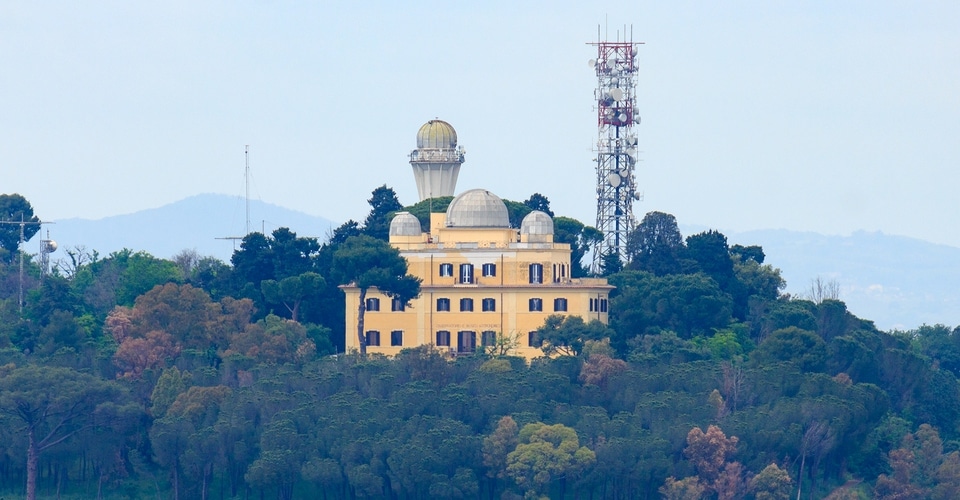 Monte Mario Observatory is considered to be a part of Rome Observatory, one of the twelve observatories in Italy. All the maps of Italy issued before 1960s used the location of this observatory, (12°27’8.4″E), as a prime meridian instead of using the usual Greenwich coordinates. The Astronomic Observatory was constructed in XV century and is considered to be the highest point of Rome. Although, you are not able to see the real stars from up there, tourists are highly suggested to visit the Copernicus museum. The museum holds a rich collection of ancient astronomical instruments and meteorological tools from all over the world. Unfortunately, currently the museum is undergoing a restoration process. 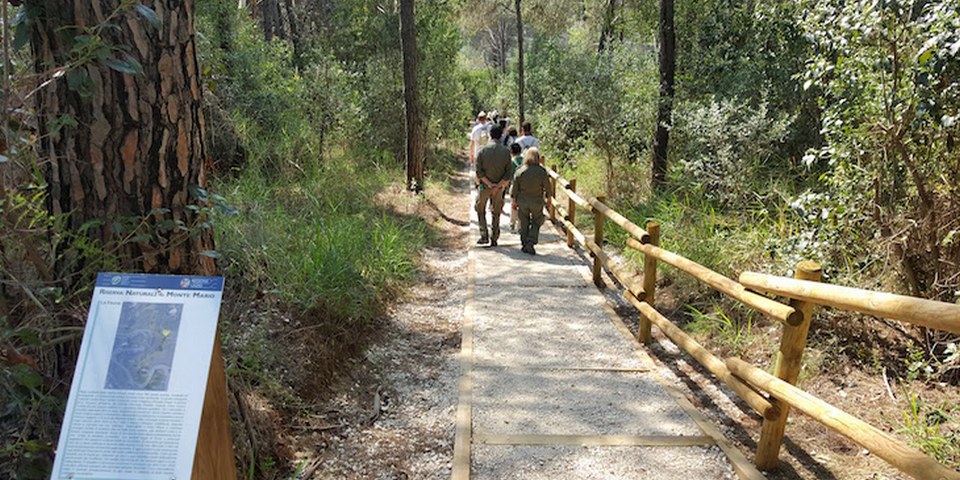 Being one of the most beautiful parks of Rome, Natural Reserve of Monte Mario (Riserva Naturale di Monte Mario) takes up 238 ha of the Monte Mario hill’s territory. The flora and fauna of the park comprise of unique trees, such as cork-trees, maples and hazels and animals and birds, such as peregrine falcon and dormouse. The park is open from rise to dawn and has multiple entrances.

There are more than 900 churches in Rome, where several beautiful churches can be found on the territory of the hill.

The church was built in 14th century and is believed to be the first stop point of pilgrims coming to St. Peters. Unfortunately, the church was destroyed in 19th century as a result of construction of the military fortification. Therefore, today tourists can only see the remains of Santa Croce a Monte Mario. 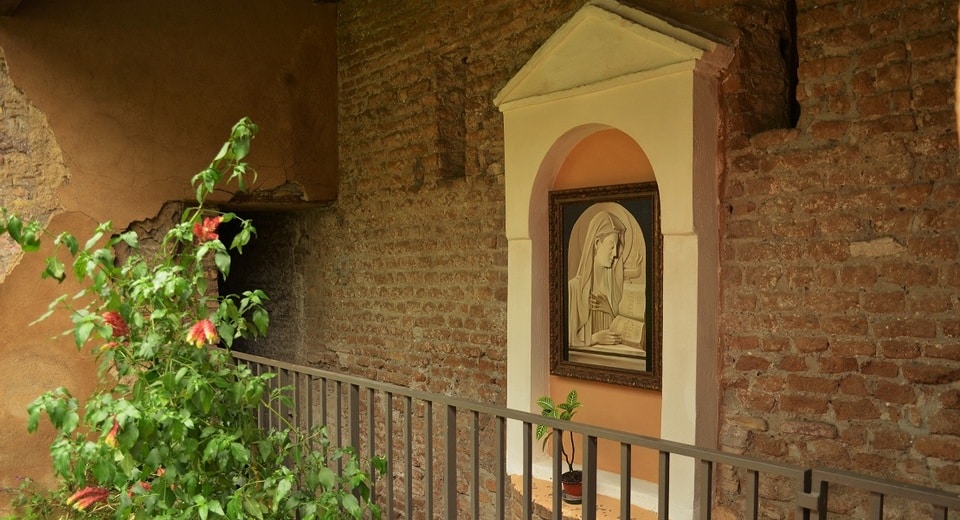 This construction of this church dates back to 12th century. In comparison, to Santa Croce a Monte Mario, Church of San Lazzaro dei Lebbrosi was the last point of pilgrims leaving Rome. 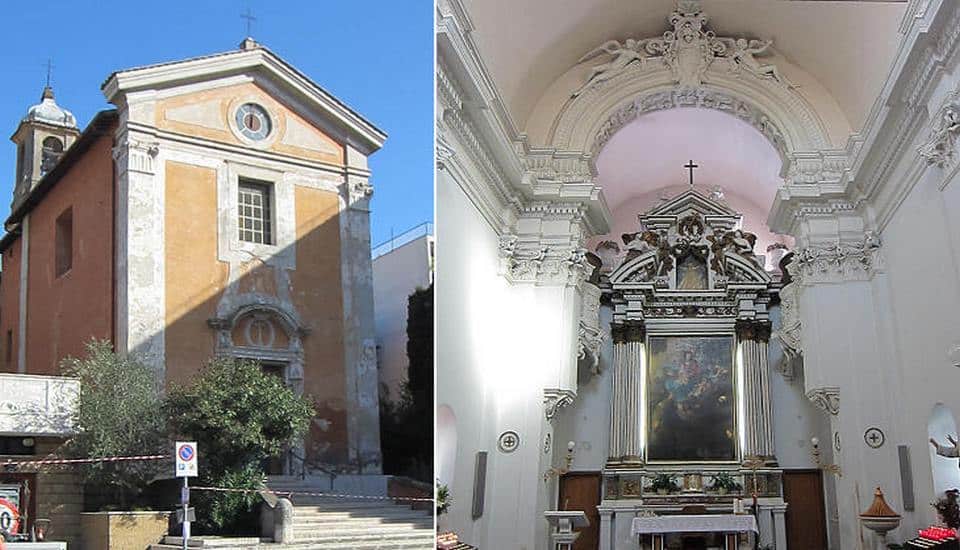 Named after the secretary of cardinal Andrea Peretti, this church was constructed in 14th century with the aim of providing cure to people affected by malaria. The name of the secretary – G.V. Rossi.

If you booked your accommodation in the Vatican area, you can get to Monte Mario hill by walk, the distance is 1 km. Otherwise, you can take a metro A line train and exit on Cipro or Lepanto stops. From there you can wether take a taxi a or bus that will bring you to the base of Monte Mario.