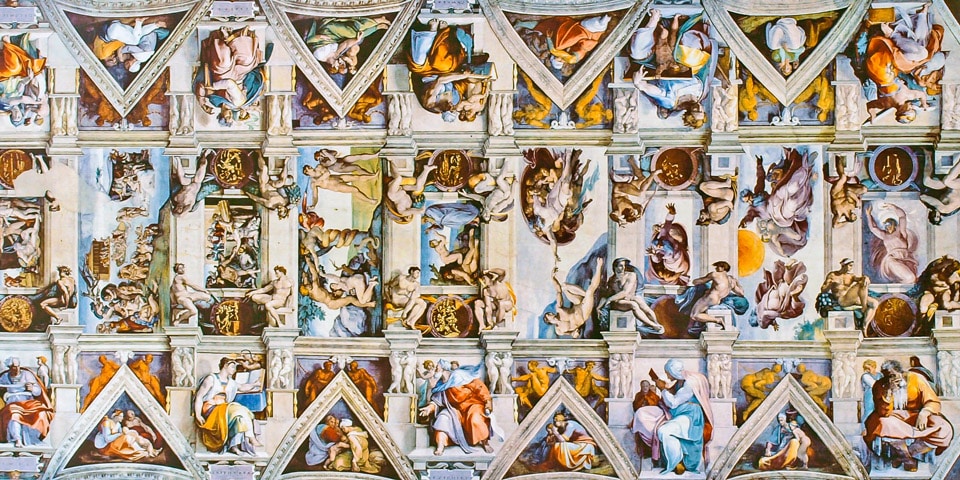 No, it’s not “Sixteen” Chapel. It is the Sistine Chapel, named after its commissioner, Sixtus IV della Rovere (1471-1484). He decided to have a large room built on the place where “Cappella Magna” once was located.

The “Cappella Magna” was a medieval hall used for assemblies by the Papal Court. There were 200 members. Moreover, the project of Pope Sixtus IV was aimed to recreate the Temple of Jerusalem with the same dimensions according to the Bible. Francesco della Rovere (Sixtus IV) was elected in 1471 and he wanted to renew the face of the Eternal City. In fact, it was built for the occasion a new bridge Ponte Sisto, located over the Tiber River.

How far is the Colosseum from the Vatican?

How long is the queue at the Colosseum?